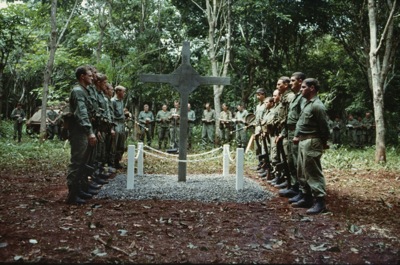 Something special happened at the  Australian War Memorial today. For the first time in Australia, the original Long Tan cross arrived to go onto display to the Australian public.

This iconic cross holds massive significance for Vietnam veterans, as it tells the story of the battle fought by the 6th battalion 6RAR/NZ (ANZAC) on 18 August 1966 in the Long Tan rubber plantation in Phuoc Tay Province (now Ba Rai-Vung Tau), in what was then South Vietnam.

Vietnam Veterans Day is commemorated on 18 August every year. The day was originally known as Long Tan Day, chosen to commemorate the Australian and New Zealand men who fought in the battle of Long Tan.

The battle of Long Tan has come to symbolise our nation’s ten-year long involvement in the Vietnam War and the cross is the symbol of the sacrifice of those that fell at Long Tan and their families. 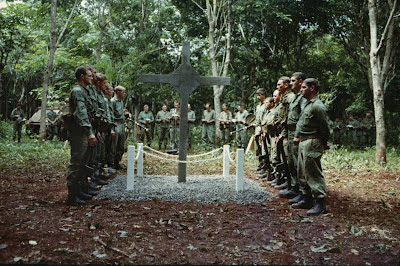 Three years after the battle, on 18 August 1969, soldiers of 6RAR/NZ erected the cross in the Long Tan plantation to remember the fallen. In 1975, the Long Tan cross went into the collection of the Dong Nai Museum and they have now loaned the piece to the Australian War Memorial.

The public is invited to come to the Memorial and be part of a special ceremony at 4.45pm on Friday 17 August to commemorate the 108 ANZACs who fought in the battle of Long Tan and to remember those who died on both sides. All Australians who served during the Vietnam War will be recognised at a commemorative closing ceremony on Saturday 18 August.