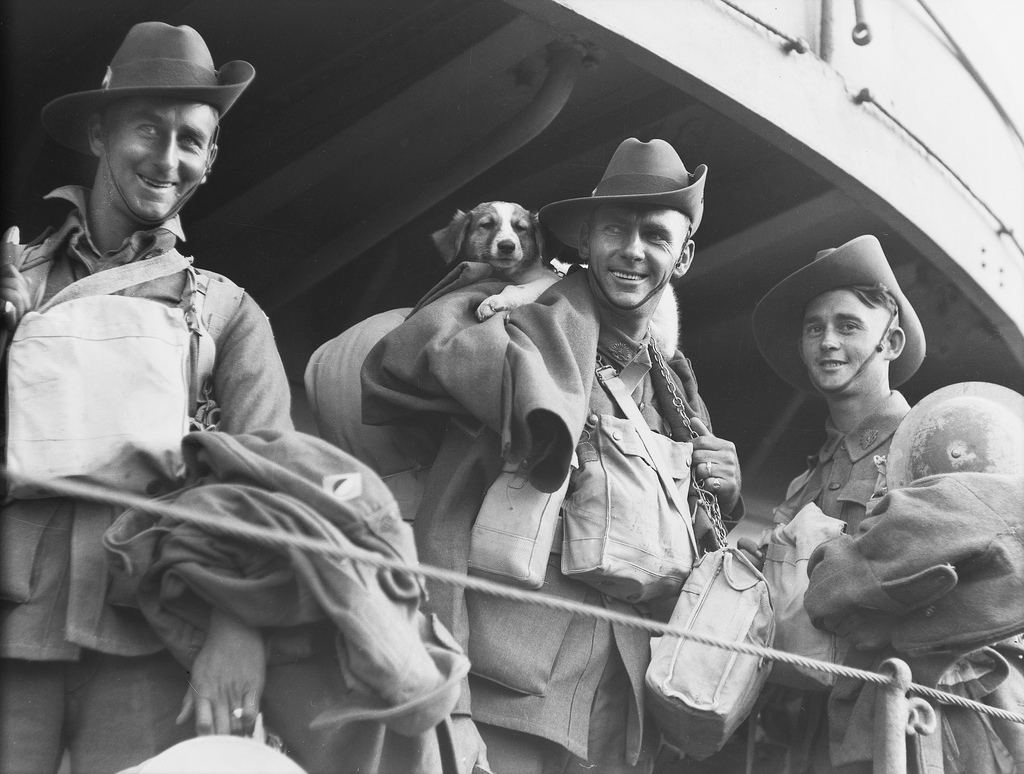 Ever wondered what that patch means on your Anzac’s arm? Have you tried to work out what year a photo was taken from the hat your Anzac is wearing or the gun he is carrying? Or are you wondering what medal or badge is pinned to their chest? Ask your questions of the Australian War Memorial in our Expert Q&A with the Military Heraldry and Technology team at 8:30pm on Thursday, 4th April.

What the Australian War Memorial – Military Heraldry and Technology team does

Military Heraldry & Technology contains an extensive collection of objects illustrating Australia’s military history. Items date from the Australian colonial period to recent wars and peacekeeping activities, and there is a comprehensive range of Australian, enemy and allied forces’ material. Most objects were collected on the Memorial’s behalf during wartime, or have been donated or purchased since.

The Military Heraldry collection comprises a wide variety of material, including uniforms, the nation’s largest collection of Victoria Crosses, a large collection of other significant honours and awards, regimental colours and flags, souvenirs and personal equipment. In addition, the collection contains battlefield relics, some of which were collected by one of the founders of the Memorial, C.E.W. Bean, and by others charged with this activity in two world wars and recent conflicts.

Kerry Neale
Kerry has worked at the Australian War Memorial in various roles since 2004 – as an information assistant with Visitor Services, an editorial and research assistant in the Military History Section, as manager of Wartime (the Memorial’s official magazine), and content researcher for the redevelopment of the Conflicts Post-45 to Today galleries. Between 2009 and 2011 she undertook a PhD in history at University of New South Wales in Canberra, which focused on First World War facial wounds and disfigurement, before returning to the Memorial in 2012 as an assistant curator in the Military Heraldry and Technology section.

Dianne Rutherford
Dianne began her time at the Memorial as a Volunteer Explainer in the Discovery Zone in 1992, assisting with family history research and hands on education. She has worked at the Australian War Memorial since 1997, starting in the Research Centre as a librarian, specialising in maps and ephemera. She began work in as a Curator in Military Heraldry & Technology in 2007 and is interested in trench art, souvenirs, escape and evasion equipment of the Second World War, First World War patriotic filet crochet and items from the Gallipoli campaign.

Eleni Holloway
Eleni has worked as an assistant curator in the Military Heraldry and Technology section since May 2012. Prior to this she worked at the Sydney Jewish Museum in 2011 as a curatorial and exhibitions assistant, and as assistant curator at the Anzac Memorial from 2011- 2012 where she worked on rehousing the State collection. During this time she was also a research assistant for the NSW Office of Veterans’ Affairs where she worked on reports in preparation for the centenary of Anzac. She has an interest in textiles, souvenirs and badges.

Gary Traynor
Gary first began work at the Memorial as a Volunteer Guide in 2000. He returned as an Information Assistant in 2009 and is now working as an Assistant Curator in Military Heraldry & Technology. He has visited the Gallipoli battlefields six times and has thirteen crossings of the Kokoda Trail under his belt. Gary specialises in both the Dardanelles campaign of 1915 and Australia’s war in the Pacific during 1942. Gary also has a keen interest in uniforms and equipment used during both conflicts. His hobby involves the return of missing war service medals back to their respective families.

The Australian War Memorial will mark Canberra’s centenary with an action-packed open day — its first in six years! Grab the chance to discover our nation’s military heritage and bring the whole family for a great day out. The program includes a fly-past of military aircraft, historical vehicle and equipment displays, precision drill teams from Australia’s Federation Guard and behind-the-scenes tours of the memorial. An evening concert featuring the Band of the Royal Military College of Australia and a fireworks show are also in store.

And don’t miss the 18-pounder Mark 1 field gun that is part of an array of rare military vehicles and equipment – including a Bushmaster armoured vehicle, a British Mk IV tank, a Japanese Type 96 Ha-Go tank, a German 10.5 cm field howitzer, and a Furphy water cart – that will be on display for Open Day.

Admission is free. Click here to find out more about this unmissable military history event.