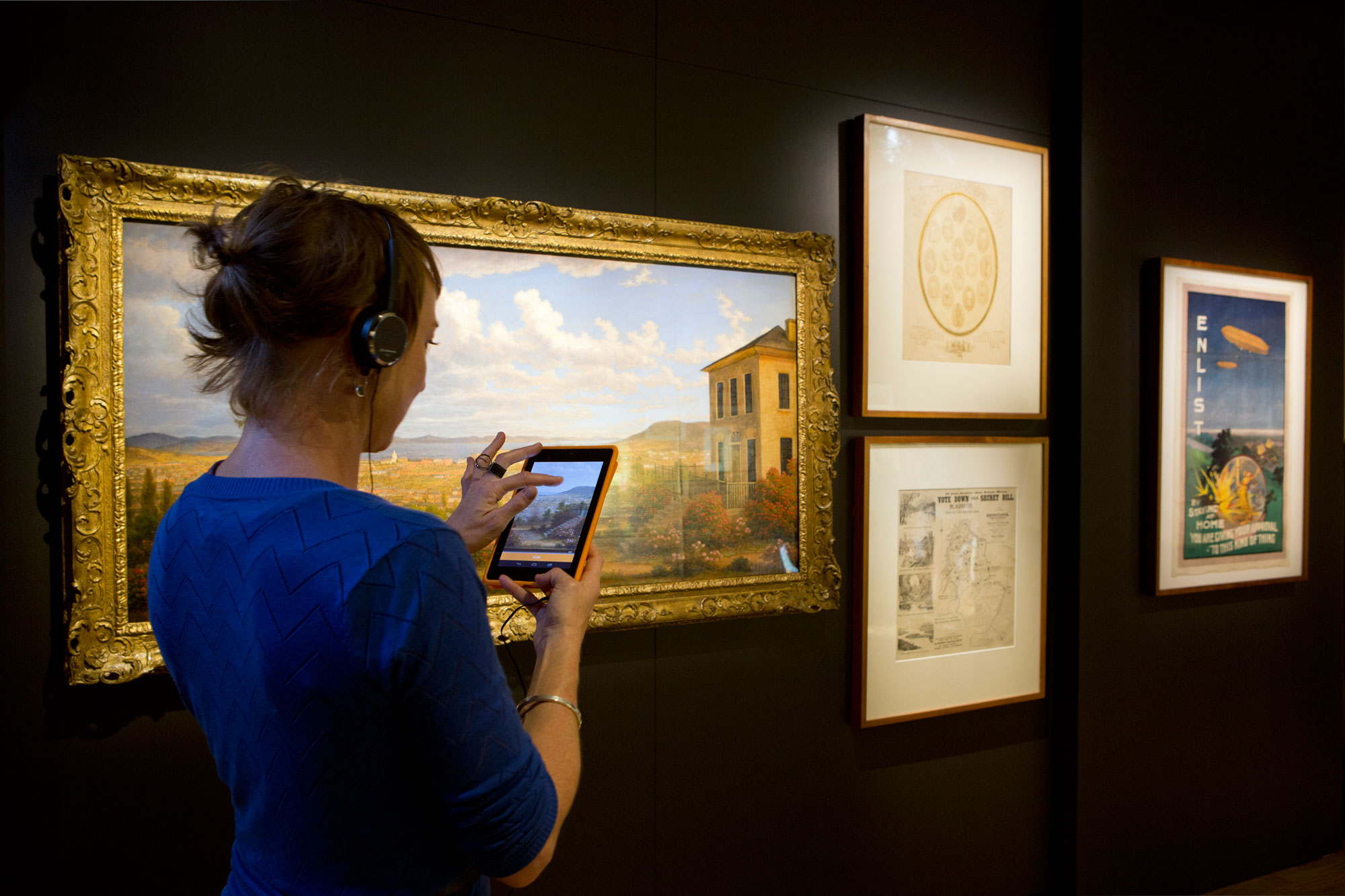 Lucky us, we had the opportunity to get a sneak peek at the new State Library of New South Wales exhibition, the AMAZE Gallery, and test run their new app, Curio. AMAZE is the library’s first new gallery since 1929 and it seems right that it has a brand new app to accompany it. Curio is an app that not only explains the exhibition but explains where you fit with it. What do I mean?

Well Curio is very smart and using an Indoor Positioning System [IPS], it tells you what objects in the Library’s exhibitions and what rooms in the historic Mitchell building are nearby as you pass by them. All you need to do is download the app – Apple or Android – and hit update, it does the rest. Developed by Art Processors, the creative team behind Museum of Old and New Art (MONA)’s ‘The O’ app, Curio uses the latest app technology to present you with facts, images, audio, video and collection details straight to your phone as you explore the library. And as you find things that you know your friends will love, then you can share straight away through links to facebook and twitter. History bragging rights, we love it!

So like the old audio tour you can listen to more about the object you’re looking at but unlike the old headphones, the Curio app finds the objects nearest you as you walk the floor and saves what you’ve seen, watched and listened to during your visit, so when you get home you can continue to enjoy the collection by viewing your saved tour again. And this is brilliant, not only does it save what you’ve seen but also tells you what you missed, so you can go back to the library’s free exhibitions and catch up on any gems that you didn’t see – there’s always something you wished you seen but didn’t for one reason or another or jump online on the Curio website and learn more about it.

What is an Indoor Positioning System [IPS] you ask? Well, it’s how your phone sees where you are inside a building. Your phone uses it’s WiFi and Bluetooth functionality to talk to the Wifi and Bluetooth beacons hidden around the State Library of New South Wales to locate you and then display on your phone via Curio what interesting stuff is near you. And all this costs you nothing, the exhibition is free and Curio has it’s own free WiFi network – for fast downloads on your smartphone or tablet while you’re in the Mitchell Building, go into your WiFi settings and select the Curio network.

Don’t have a smart phone or tablet? Don’t worry, the library has still included the traditional information cards and the library has kindly provided 60 Asus-built Google Nexus 7 tablets with the app installed which you can borrow for the exhibition. If this isn’t enough, go to http://curio.sl.nsw.gov.au on a web browser and you can see three built in tours:

And of course, we loved the AMAZE Gallery and if you love history and particularly Australian History, then you’ll love this new permanent exhibition of 60 incredibly rare and often quirky objects from the State Library’s collections, including:

According to Alex Byrne, NSW State Librarian & Chief Executive, “the State Library of NSW partnered with Art Processors in our Digital Excellence Program to develop an interactive platform that will transform the way people experience the Library – which dates back to 1826 – and the extraordinary objects and little-known stories it holds.” Curio with the AMAZE Gallery beautifully shows the “depth and breadth of the State Library of NSW collection“.

Want to know more about Curio? Visit http://curio.sl.nsw.gov.au and explore!