Home > Blog > Featured > Walking through the past. Historypin at the State Library of Queensland > Former Commissariat Stores building in Brisbane, ca. 1928 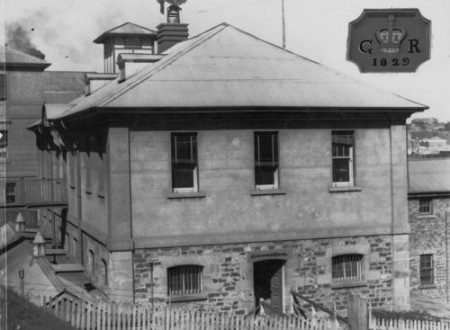 The former Commissariat Store is one of two surviving convict-built buildings in Brisbane but is the oldest occupied building in Queensland. It was originally constructed in 1828–29 using convict labour, under the direction of Captain Logan, as a permanent store for the Moreton Bay Penal Settlement. The Commissariat Store obtained, stored, and distributed goods, such as food, clothing, and tools, for the penal colony. The lower two storeys were constructed of local stone and a third storey of rendered brick was added in 1913 to accommodate its continuing use as a government store. The restored building is today the headquarters of the Royal Historical Society of Queensland.