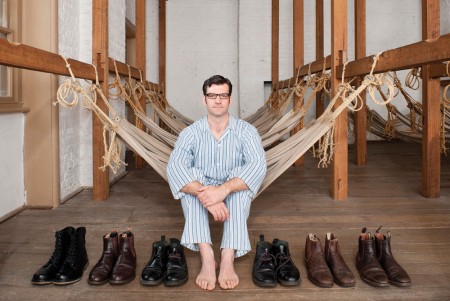 Ancestor’s name: William Bellamy
Conviction: Stealing six pairs
of leather shoes
Sentence: Transported for seven years
Age: 17 when convicted
Arrived: 1791 on the Active
Mine says: “Being a Turkish-born Australian, I’m quite envious that people can trace their family history back as far as seven generations. In Turkey, it’s much more difficult because the Ottoman Empire was such an amalgamation and the surname law was only introduced after the Republic in 1934. I was also sad to hear of so much hardship; the atrocious conditions people lived in that led them to commit these petty crimes. Maybe because I also have been through a migration, I’ve been drawn to other people who have been displaced.”