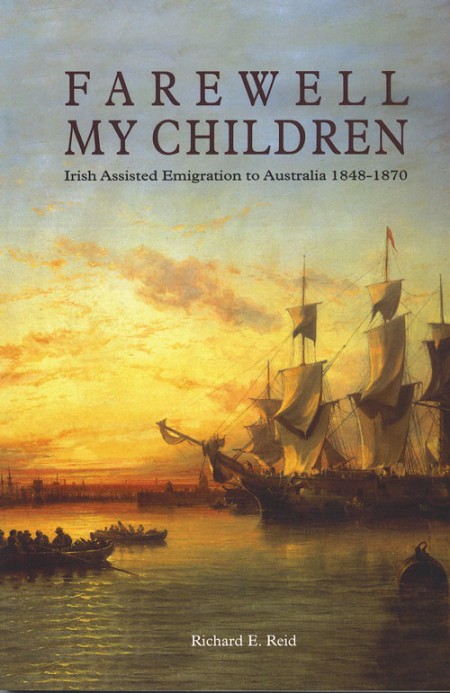 During the 19th century Ireland became a land of emigrants, many of them leaving for Britain’s Australian colonies. To reach that distant ‘new world’ most took advantage of a government assisted passage which by the standards of the time was a well organised journey in ships supervised by Surgeon-Superintendents, Matrons, Sub-Matrons, Schoolmasters and Water Closet Constables.

Farewell my Children tells the story of these emigrants as they left their Irish homes between 1848 and 1870 to sail to Sydney, a journey mirrored by those who left for Melbourne, Adelaide, Hobart or Moreton Bay (Brisbane). Who were these emigrants, what propelled them out of Ireland and what were their first experiences of Australia.