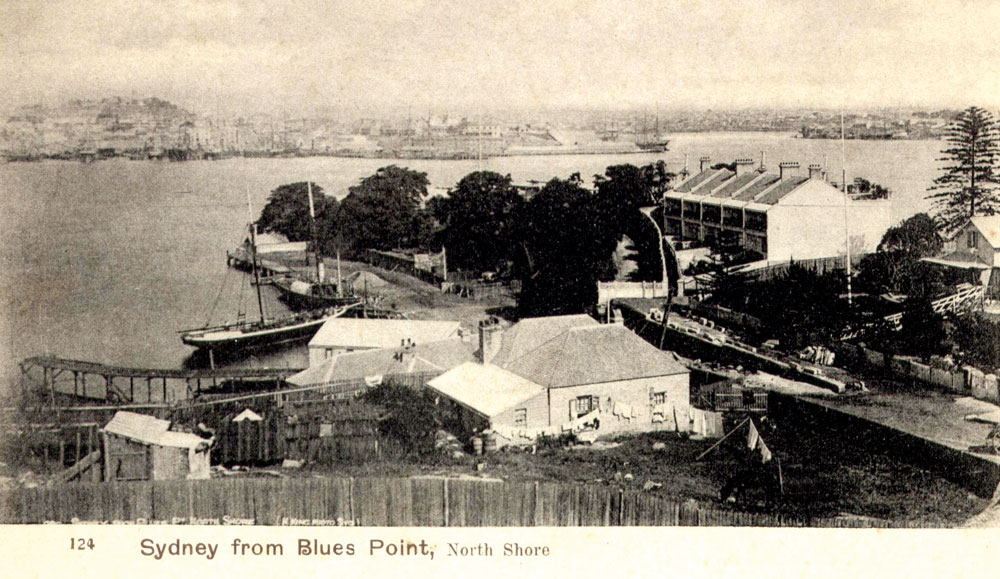 He was the “city bushman” whose stories are still loved the country over. North Sydney historian, Ian Hoskins, was surprised by how much his own neighbourhood was reflected in Lawson’s writings and his life…

Henry Lawson was born in 1867 and spent his first 16 years or so in western New South Wales before joining his mother in Sydney. Well before I started work at North Sydney Council as the area’s official historian in 2003, I knew that Lawson had written about city life. “Faces in the Street” (1888) was, for me, as bleak a representation of urban alienation as anything written in this country — finishing, as it does, with an echo of William Blake and Karl Marx. It is only “red revolution”, writes the young Lawson, that will end “the everlasting strife… in that great mill for human bones — the city’s cruel street”.

However, like many, I had associated Lawson mainly with the bush through stories and verse such as “Andy’s Gone with Cattle”, “The Loaded Dog” and “The Drover’s Wife”. Not that Lawson romanticised the regions. His poem “Up the Country” made plain his preference for the urban boarding house where he could drink beer and “lemon squashes”, take a bath and “cool down”. Indeed, for this and suggesting that the idyllic bush was a figment of poetic imagination, Lawson was roundly chastised by Banjo Paterson, his greatest rival for the title of Australia’s best-known poet.

So it was something of a revelation to discover his long association with North Sydney. For this I owe much to writer and historian Olive Lawson, Henry’s great niece, who documented his local associations and in 1999 compiled his writings about the North Sydney area.

Lawson lived in and visited North Sydney many times between 1885, when he stayed with Emma Brooks in East Crescent Street overlooking Lavender Bay, and 1921, when he was incapacitated by a stroke before his death in 1922. Lawson was never in one place for long. There were numerous abodes in Euroka Street, a house called Strathmere in Lord Street where he lived in 1899 and rooms above the Coffee Palace, which sat in the middle of North Sydney, a small but bustling commercial centre in Miller Street. That was run by Isabel Byers who cared for Lawson for many years. He followed her to William and Euroka Streets. And there was Chaplin Cottage in Charles Street, where Lawson’s second child Bertha was born in 1900.

… We hurried out of Campbell Street, and round to Dind’s hotel
Where after two long beers apiece, we found the world “orright”…

Joe Summer was the publican there around 1914. His granddaughter can still recall the story he told of rescuing the poet from the street after a few too many “long beers”, when the world was no longer “orright”. Along with painters like Arthur Streeton, who also frequented the foreshores of McMahons Point and Lavender Bay in the early 1890s, Lawson and Paterson were “City Bushmen” — to use the title of Leigh Astbury’s important study of the Heidleburg School. They presented “the bush” to Australians at a time, in the late 19th century, when this country’s national identity was coalescing around images and stories from the interior while its demographic reality was highly urban. The “Legend of the Bush” had great resonance in Sydney and Melbourne.

On one occasion he was picked up there by police on suspicion of being drunk – when in reality he was labouring under the strain of the incline.

While Australia’s rural landscape was being well-interpreted and mythologised in poetry and prose, the communities around Sydney’s, by-then, famous harbour were rarely explored in writing. It only really dawned on me as I researched my own book on the harbour that, at least until the Sydney Harbour Bridge was built, the waterway did not symbolise Australia as it does today. Though it was appreciated across the world for its superlative beauty, Sydney Harbour represented nowhere but itself. So while Lawson’s portraits of life near the North Sydney waterfront are not held up as the best examples of his work, and indeed are hardly acknowledged at all, they are among the most intimate and rare portrayals of “harbour people” written.

The span of Lawson’s association with North Sydney coincided with great change. The population grew from just over 12,000 in 1886 to 48,000 in 1920. Around 1910 Lawson expressed his annoyance at the changes taking place around him. The poem “Old North Sydney” is an early and significant expression of community and loss in the face of the development that many welcomed as progress. While we may think back on the early 1900s as a time of relative calm and continuity — before mobile phones, the internet and choking traffic — Lawson was full of pique at the crowds that surrounded him:

…A brand new crowd is thronging
The brand new streets aglow
Where the Spirit of North Sydney
Would gossip long ago.
They will not know to-morrow –
Tho’ ‘twere but yesterday –
Exactly how McMahon’s Point
And its ferry used to lay…

The ferry Lawson referred to started operating in 1884 with an all-night service between Circular Quay and the North Shore. From 1906 Sydney Ferries ran services at 15-minute intervals and every 10 minutes at peak hour. While Milsons Point was by far the busiest of North Sydney’s ferry wharves, the McMahons Point and Lavender Bay service was a popular and busy transport route with over 6,000,000 passenger trips each year before the opening of the Bridge.

Lawson’s sense of history and place is obvious again in the poem “The Pub That Lost Its Licence”. It describes the Fig Tree Inn in the early 1840s, before ferry services and when people rowed themselves across the harbour or paid a boatman to transport them in a wherry or skiff. The Fig Tree Inn was demolished in the late 1940s to make way for a block of flats — a fate that would have outraged the poet. Lawson must have walked up and down Blues Point Road many times. On one occasion he was picked up there by police on suspicion of being drunk — when in reality he was labouring under the strain of the incline. His 1913 story “The Kids” begins with a description of local children sweeping down the same steady incline in billy carts on their way to “a little sandy beach” where flotsam and jetsam from the harbour could be scavenged and pulled back up the hill.

Many of the houses that survive along this thoroughfare would have been familiar to Lawson. The filigree-style terraces were built in the late 1880s to the mid 1890s as respectable lower middle-class dwellings. Two sandstone cottages along there, numbers 89 and 91, are among the oldest in the area. Though built in the late 1860s and 1870s, the style and the untreated stone makes them look much older.

William Street branches off Blues Point Road towards the top where it morphs into Miller Street — still one of North Sydney’s main business thoroughfares. A stone seat was installed at the junction in the late 1960s. It is known as the Henry Lawson seat. The writer affectionately called William Street, “Bill Street”, in the short story “The Bath” written in 1908. In this he remarked upon the transience and mobility of life in the terraces of North Sydney at the lower end of the social scale:

One thing I could never make is that when one house becomes vacant from a house agent’s point of view… the people of another remove into it. And there’s not the slightest difference between the houses. It is because the removal is such a small affair I suppose, and the change is the main thing.

Union Street also meets Blues Point Road near here. There are several handsome terraces along here but the grandest of all the homes is “Graythwaite”. In Henry’s time it was home to the banker Thomas Dibbs and his family. Graythwaite was the centre of upper class socialising before the Great War, and Lawson must have passed here many times on his way. Acutely aware that this was not “his” North Sydney, he made mention of the class divide that could be so manifest by simply turning a corner:

Up to the right are the rising terraced gardens of upper and still more upper classes. You’ll see a tennis party running about… But these people and things don’t trouble us. (“The Pride of Flu”, 1919)

What has definitely gone are the sounds and sights of the old working class neighbourhood — those who lived and worked on or beside the waterway, in its boat yards and ferry depots, its timber yards and gas works. It was with these people in mind that Lawson expressed his greatest outrage at the anticipated destruction of Balls Head. In the “Sacrifice of Ball’s Head” written around 1916, Lawson was protesting against the leasing of part of the foreshore to a coal bunkering company. It is one of the earliest articulations of a conservation ethic and the needs of a community in Australia.

The Balls Head Coal Loader was built despite Lawson’s objections, though the remaining part of the headland was preserved as public park. The poet lived to see the former completed but died before his brother-in-law, Premier Jack Lang, dedicated the latter in 1926. It might have given him some respite.

Henry Lawson suffered a fatal brain haemorrhage at Abbotsford — further up the Harbour’s estuary. He died on 2 September 1922. The poet and writer was given a state funeral and a statue was erected in his memory in the Domain above the harbour he loved.