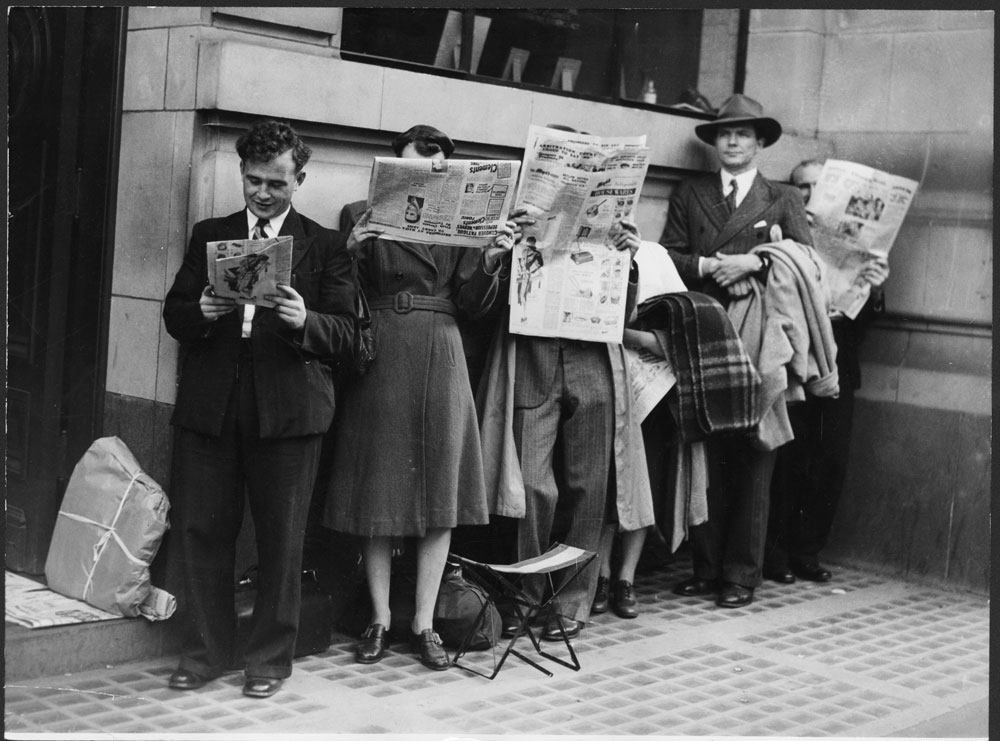 With a fantastic resource like Trove on your side, it’s sometimes easy to forget the vast range of other newspaper sources out there. Sue Reid, from the Queensland Family History Society, reminds us of some useful websites and shows us the best strategies for searching them.

Historical newspaper articles add insight into our families’ past, and often provide rich information which cannot be found elsewhere. Most family history researchers know and love Trove, which enables users to search through millions of pages from digitised Australian newspapers dating from 1803 to 1954.

Trove is outstanding in providing free access to these newspapers, but there are many other sites that also provide free-to-view newspapers. Papers Past, an initiative of the National Library of New Zealand, provides access to two million pages from 77 New Zealand newspapers between 1839 and 1945.

Further abroad, The London, Edinburgh, and Belfast Gazettes are also freely available online. The London Gazette is available from its first edition, 7 November 1665. It owes its inception to the relocation of the Royal Court from London during the Great Plague.

Australian residents with a National Library of Australia card can access a number of newspapers online through the eResources link on the NLA website. These include the Australian Periodical Publications 1840-1845, a selection of 19th-century periodicals; Dawn and New Dawn, magazines published from 1952 to 1975 by the New South Wales Aborigines Welfare Board; The Irish Newspaper Archive, of 78 Irish newspaper titles dating from 1763; and The Gale NewsVault. The latter is a personal favourite of mine. It allows users to simultaneously search across the Times Digital Archive, the 17th and 18th Century Burney Collection, the Financial Times Historical Archive, the 19th Century British Library Newspapers, the 19th Century UK Periodicals, and the Illustrated London News Historical Archive.

Check your state and local libraries for free access to newspapers. For example, the State Library of Queensland and the Brisbane City Council Library offer card-holders free access to the Times Digital Archive and the British Newspapers 1600–1900. Other websites offering both free and pay-to-view access include Cyndi’s List and Wikipedia’s list of online newspaper archives.

Problems with searches and OCR:
Searching newspapers online is an inexact science, with many factors determining the success of your search. Damaged, deteriorated or missing copies of the original newspaper could be to blame. Problems with the scanning process are another possible explanation. However enticing the image of the newspaper appears on your computer screen, remember the computer is reading text that has been through a process of Optical Character Recognition (OCR). That is, a computer has translated the letters, numbers, and symbols on the page into electronic text. This process can often go very badly as physical features and the type of print may interfere. Some other problems that affect the process include scanning from bound copies, poor ink and paper quality on the originals, and particular letters — electronic mistranslation of the letters a, e, c, and o is a common problem. Trove allows registered users to correct the scanned text which, of course, assists the searching process. However, not all sites offer this text correcting option and, even with the newspapers found on Trove, many lines of text are uncorrected.

Search Strategies:
To improve your chances of success in searching on any newspaper site, try some of these strategies: