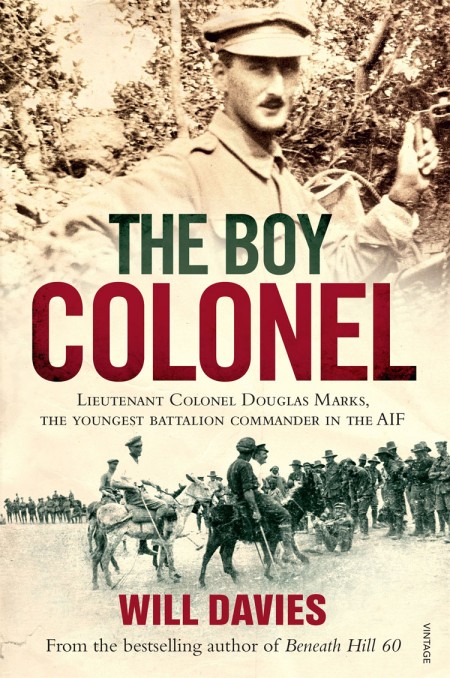 Known as The Boy Colonel, Lieutenant Colonel Douglas Marks, was the youngest battalion commander in the AIF and highly regarded not only as a future military commander, but as a business and community leader.

It was a blustery day on the 25th January 1920 at Palm Beach to the north of Sydney and the surf was wild. Two attempts had already been made to save a young woman caught in an undertow and dragged out when a young man; skinny, gangly and frail and known to be a poor swimmer, threw off his coat and shoes and raced into the surf. As his fiancée and young nephew watched, the sea closed over him and he disappeared. His body was never recovered.

This was the sad and tragic fate of a gallant, highly decorated and promising young man named Douglas Gray Marks. And it was a great loss to a nation whose manhood had been decimated and where the pain of the war remained evident and raw.