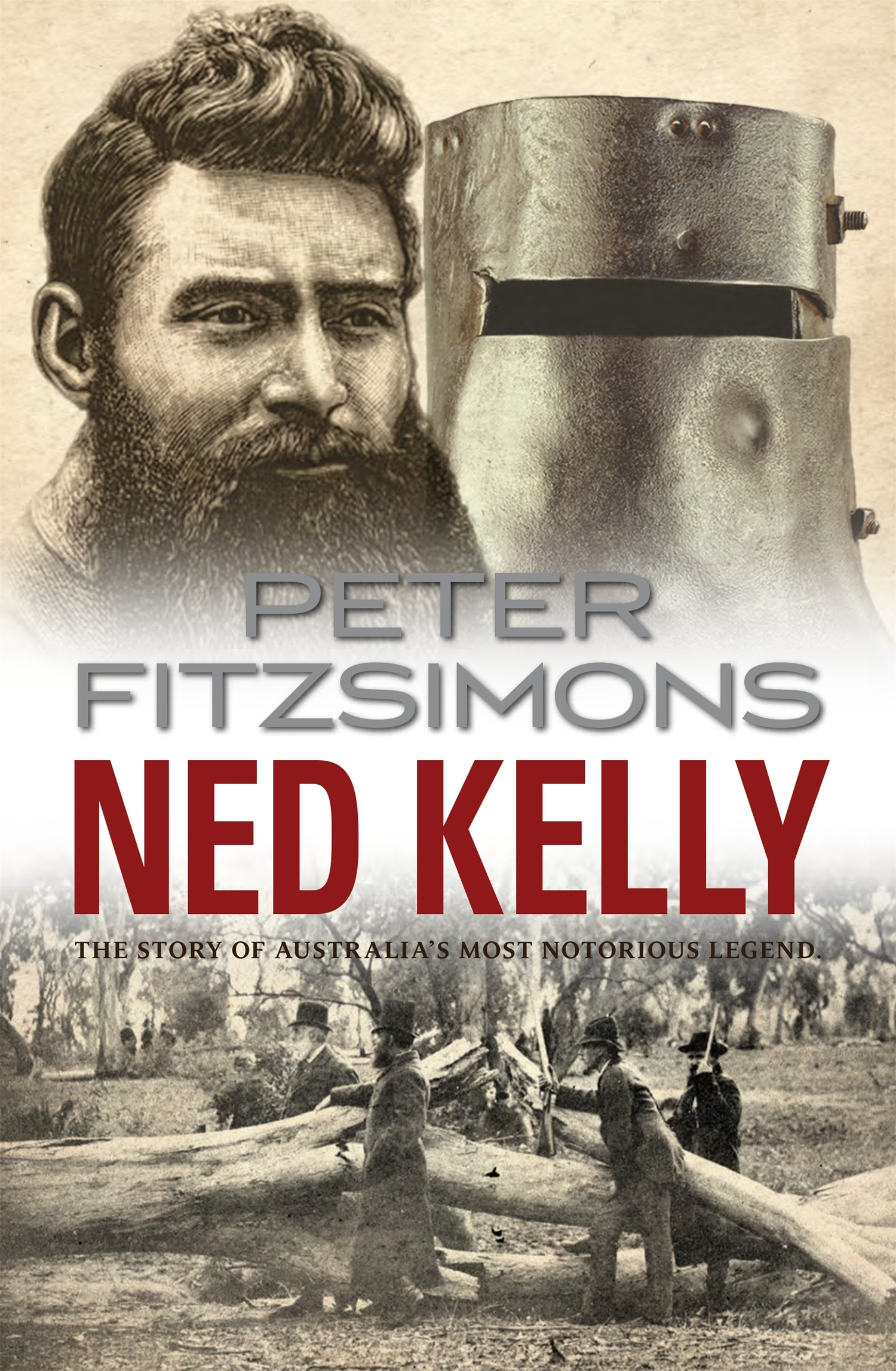 Inside History sponsored a session at the Byron Bay Writers’ Festival entitled “Living History: Illuminating the Present Through the Past”, where authors Peter FitzSimons and Ross Coulthart spoke about what makes a good story, the legacy of the First World War and bringing history alive for readers. Paula Grunseit reports.

In the ‘Background and Acknowledgements’ section of his most recently published book, Eureka: The Unfinished Revolution, FitzSimons says that a high school history lesson about the Eureka Stockade changed his life. “Out of pure bloody-mindedness I began to listen, and it was right there and then that my love of Australian history began — my enthrallment with that particular story sparked a wider, burning passion. The action! The characters! The fact — and this was perhaps the key — that this was a real Australian story!”

In Eureka, FitzSimons explores the personalities and legends of those significant events of 1854 that still resonate for us today. “It’s a killer story,” he says. “And Eureka is the story of the blooming of democracy in Australia and indeed around the world.”

When he wrote his first book (that’s over twenty books ago), FitzSimons says he wanted his readers to feel that he was a “good storyteller”. These days, his approach is different. “The essence for me of writing books now [from Batavia onwards] is to get as much detail as I can and write it like a novel in the present tense,” says the author. “The book I’ve just finished on Ned Kelly includes 2,000 footnotes. I have mined the details so that readers are there in the middle of the story. You can give me 10,000 words about a person but with the single right detail you’ve got the person,” he says.

FitzSimons is constantly searching for these details and to demonstrate his point, he shares his favourite ancedote about Ned Kelly. Kelly had been captured and shot in the legs at Glenrowan and was lying back without his armour when he was offered a drink of brandy, some of which dropped onto his beard while he was drinking. Kelly lifted his handcuffed hands under the beard, tipping it so that he could reach those last, precious drops. “With that detail you are there,” says the author. When people tell him he’s an historian, FitzSimons says:

“I’m not sure if I’m an historian and I don’t set out to be one. I want to tell the story in the manner that I don’t lose contact with the reader. They must never feel that they’re with an historian who is droning on and on and on. I want them to feel as if they are in the middle of the story. When we read Great Expectations by Charles Dickens, it’s fantastic and yet there is a tiny little voice which says to us ‘this didn’t happen’ and what I love about non-fiction writing is when you get a killer story, people can read it and go, ‘I can’t believe this happened!’”

Talking about killer stories, Ross Coulthart says that the provenance of The Lost Diggers, an extraordinary work of documentary photography, is a “rollicking detective story”. He explains: “The Sunday Night Channel 7 team noticed that glass plate photographic negatives were being sold one by one on eBay for about $250 a pop and they all had the same distinctive canvas painted backdrop. We never found out who the secret seller was but we did find a cache of about 4,5000 glass plate photographic negatives from World War I hidden in a French farmhouse attic in a village called Vignacourt.” Now known as the Louis and Antoinette Thuillier Collection, named after the photographers who built this astonishing archive, the glass plates had been forgotten in that attic for about a hundred years. Coulthart describes the moment of discovery:

“We were walking up these creaking stairs in an old farmhouse and there was a beautiful wooden chest and there they were — thousands of these beautiful images. We’d taken an expert, Peter Burnett, an eminent historian from the Australian War Memorial with us and lifted up one of these glass plates, held it up to the light and said: ‘It’s a digger.’ A thrill went through all of our bodies and that was the beginning of a fantastic adventure to try and track down these blokes and their stories.”

It was an exciting process piecing the puzzles together and social media played a major role in this process, as Coulthart explains. “When we got back from France we set up a Facebook page displaying all the images and invited people to have a look and see if they could identify people in the photos. For some of the more iconic images we had hundreds of families claiming a connection. It’s almost as if the more iconic the image, the more responses we had.”

While discussing this phenomenon, Coulthart and FitzSimons agreed that there is a great deal of residual grief over World War I. Coulthart says: “I think that one of the great issues with World War I (I was the son of an Englishman whose father was a cavalry officer in the First World War) is that there were generations of British, Australian, New Zealand and South African families who were traumatised by what they went through and they just didn’t talk about it. I can remember in my family, you weren’t allowed to ask Grandpa about his war service. There were a lot of hard, old diggers — I remember seeing them when I was a young boy in the 60s and 70s — and they were austere, hard men and they never talked about the war. I think there’s an unresolved trauma about World War I. People mistake it for militarism and glorifying war but there’s a new generation of kids who are fiercely proud of what their grandfathers did.”

The Lost Diggers project is helping to heal some of this trauma and Coulthart feels privileged to be part of it. “The real joy for me is bringing all of these people together with their families in Australia,” Coulthart says.

“And a great joy for me as a journo has been trying to solve the detective story of who these people were by using details in the photographs — things like the number of stripes or medals they have,” Coulthart says. “It’s such a beautiful thing to be able to bring history alive with little iconic things which tell a story and eventually we get a name and we can take that photograph to a family in the back of beyond somewhere. These negatives were the only remaining images in most cases of these actual photographs so being able to give them to families was a beautiful experience.”

FitzSimons is on the board of the Australian War Memorial and both he and Coulthart are passionate about preserving the nation’s historical resources. “I take real pleasure sitting down with kids in schools where I do a lot of talks,” Coulthart says. “I love showing them how to do the detective work, looking for files. We are blessed in this country with this magnificent archive which includes The National Archives and the Australian War Memorial. There’s this incredible resource being able to go online and help people research their family history.”

Another wonderful resource available to Australians, says Coulthart, is a collection of WWI diaries. “During the 1920s a chap went around Sydney offering diggers money for their WWI diaries,” Coulthart says. “One of the things I’ve been doing is finding images of diggers I have pictures of and matching up their diary accounts with what happened to them. The great thing about First World War archival records is that you literally know thanks to British efficiency where a chap was at a particular time and you can go to his personal diary and find his description of what he has been through and often there are family letters.”

There’s no doubt that digital technology is crucial to The Lost Diggers project, but what does Coulthart think about its longevity? “I’m a complete tragic for beautiful old copperplate handwriting,” he says. “And today as we send emails and tweet, I wonder if in the future there will be resources that allow us to tell the stories of what went on in those interludes and I don’t think there will be because there’s this wonderful repository of written material of peoples’ thoughts that we can go to, written in the most beautiful script. And for people like me who love reading and writing history, it’s a big issue that in this current generation that a lot of digital ephemera is just drifting away — it’s there and then it’s gone — like Snapchat for example. My daughter uses it and I ask her, ‘what’s the point of that?!’”

Peter FitzSimons is a best-selling author, journalist and media identity. His most recently published book is Eureka: The Unfinished Revolution. Ross Coulthart is a writer, investigative journalist and TV presenter whose most recent book is The Lost Diggers.