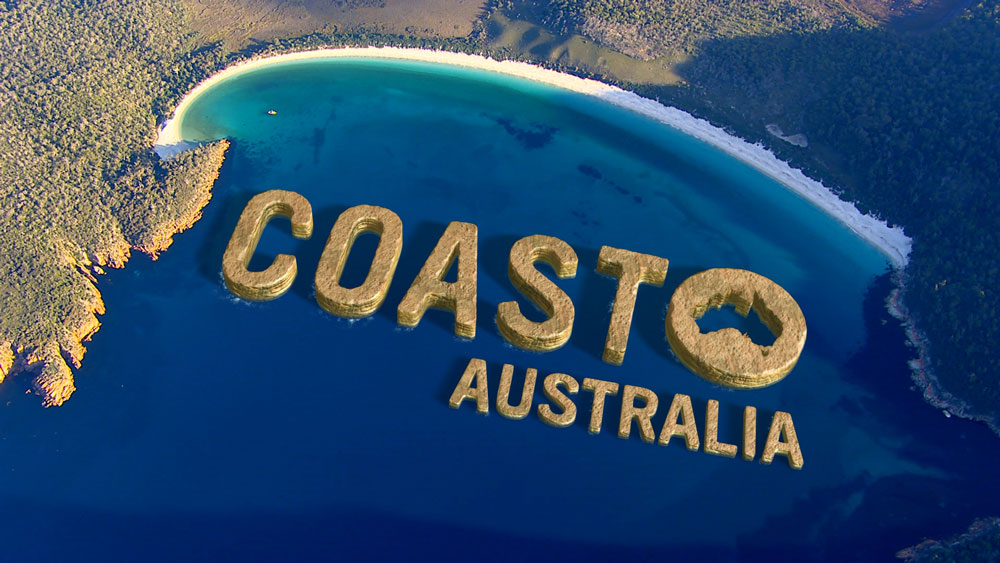 To premiere on The History Channel late in 2013, the 8 x 1 hour series will be hosted by internationally renowned British historian and television presenter Neil Oliver – along with a diverse group of Australian experts – and will focus exclusively on Australia’s stunning coastline.

Each episode will target a different strip of coast, as Neil and his co-hosts gather stories about the history, the people, the archaeology, the geography, the marine life and anything else that fascinates them.

Neil and his team will visit all corners of Australia, from the Kimberly to the Gold Coast and from Darwin and Tasmania – while stopping off in Sydney and Melbourne in between. Coast Australia is based on the successful British series, which has been broadcast in the UK and internationally for the past nine years.

Foxtel’s General Manager of Factual Channels, Jim Buchan said “We believe that Coast Australia will be a lasting manuscript on the formation, history, culture and natural beauty of Australia and its people and we are very proud to have a series of this standing in our 2013 schedule.”

Host Neil Oliver says the Coast series is all about the people and their stories on the coast, intertwined with amazing facts and revelations. “I can’t wait to start exploring this extraordinary, fascinating coastline. The prospect of meeting the people, hearing their stories and taking in some of the endless variety of this challenging and stunning country is quite simply a dream job.”

“I’m a visitor here and I hope the audience will get a sense of the excitement I feel at having the chance to finally find out what makes Australia such a special place.”

Executive Producer Philip Smith of Great Southern Television said “Coast is accessible on all levels. It has a charming, warm feel, and speaks with the people. The opportunity to examine what we consider the finest coastline in the world is a real honour.”

The series will cast its line back tens of thousands of years, as well as study very contemporary modern social history. It will join the past and the present together – and build a true story of a country which lives in synergy with its vast coastline, by meeting and talking with people from all walks of life.

Coast Australia is in production and will go to air on The History Channel in late 2013.