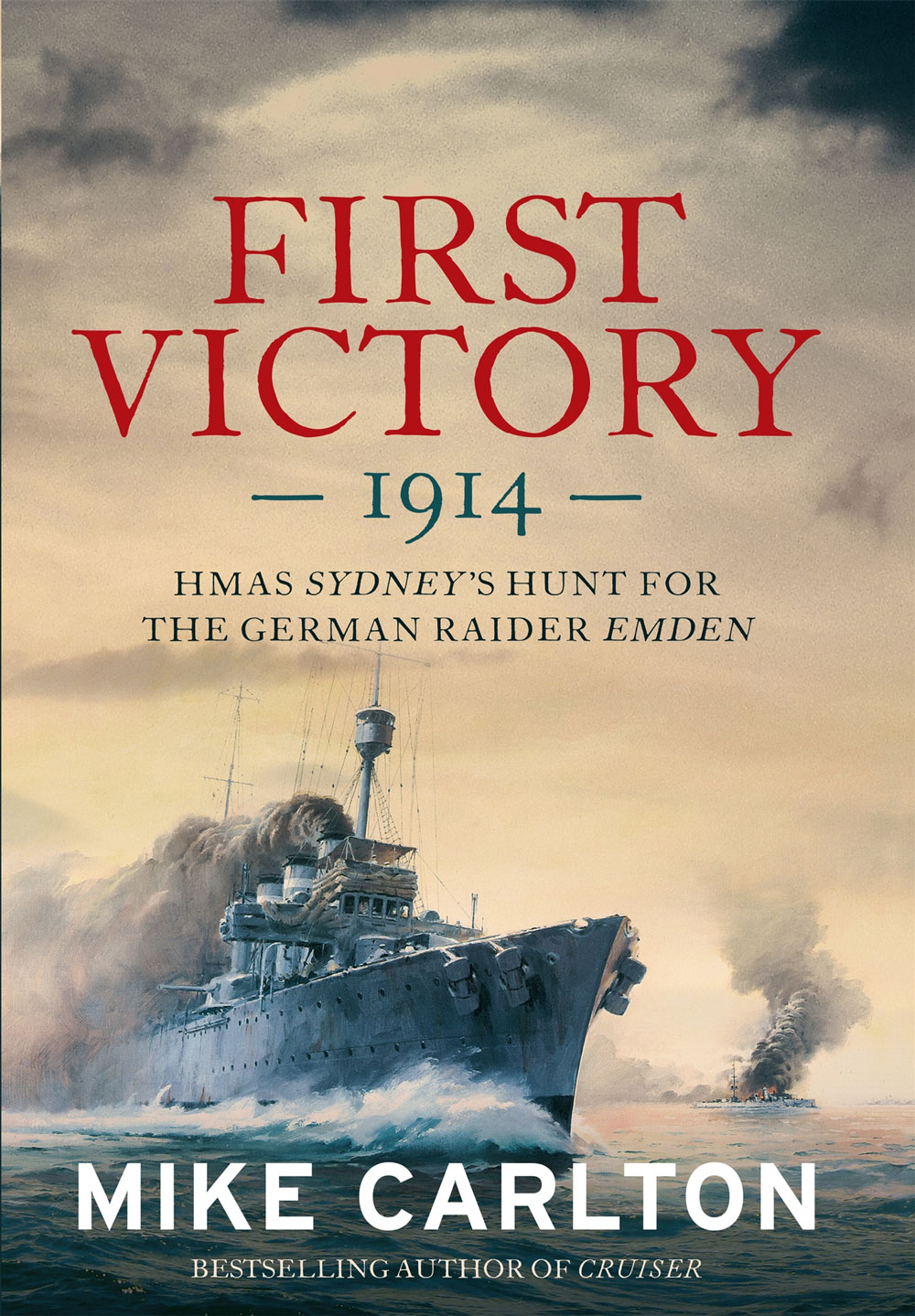 On the morning of October 4, 1913, Sydney Harbour was lined with thousands of Australians eager to catch their first glimpse of the Royal Australian Navy. As the battlecruiser HMAS Australia, cruisers Melbourne, Sydney and Encounter, and destroyers Warrego, Parramatta and Yarra sailed into the Harbour for the first time, it marked a key moment in Australian defence history.

The Royal Australian Navy, long years in the making, had arrived to make its mark. Less than a year later the First World War broke out, and thousands of men were sent away to fight for their country. The RAN was ready to defend Australia’s long coastline and overseas trade from a powerful German enemy. The Kaiser’s cruiser SMS Emden, a lone raider already at sea on the outbreak of war, was poised to strike. For four months she captured and sank Allied ships, crippling trade and earning a reputation as the most hunted ship on the seas.

On November 9, 1914, the cruiser HMAS Sydney came across the Emden in the Indian Ocean. In a short, bloody battle, she pounded the German ship to pieces. It was a triumphant first victory for the Australian Royal Navy, celebrated to this day.

Go into the draw to win 1 of 5 copies of First Victory! Simply tell us the name of one of the ships in the Royal Australian Navy’s 1913 fleet in a comment on this post.

In First Victory, 1914, Mike Carlton recounts this historic win, from the foundation of the Royal Australian Navy to the battle and beyond. He has a reporter’s eye for Australia and her people at this turbulent time, and he beautifully depicts the characters on board both ships, with sympathy and a profound knowledge of sailors and the sea. First Victory is a worthy sucessor to his best-selling Cruiser, the story of HMAS Perth in World War Two.

Mike Carlton is one of Australia’s best-known broadcasters and journalists. In a 40-year career, he has been a radio and television news and current affairs reporter, foreign correspondent, radio host and newspaper columnist. He was an ABC war correspondent in Vietnam in 1967 and 1970, and for three years was the ABC’s Bureau Chief in Jakarta. He also reported for the ABC from London, New York and major Asian capitals. In television, he was one of the original reporters on the ABC’s groundbreaking This Day Tonight in the 1970s. Mike turned to talk radio in 1980, first at Sydney’s 2GB, and then for four years in London at NewsTalk 97.3FM, where he won a coveted Sony Radio Academy award in 1993 for Britain’s best talk breakfast program. In television, he reported and hosted Indonesia: A Reporter Returns, a three-part documentary for SBS in 2008. He has recently retired from the Radio 2UE breakfast program in Sydney and has returned to writing a column for the Saturday edition of the Sydney Morning Herald.

Mike has had a life-long passion for naval history.