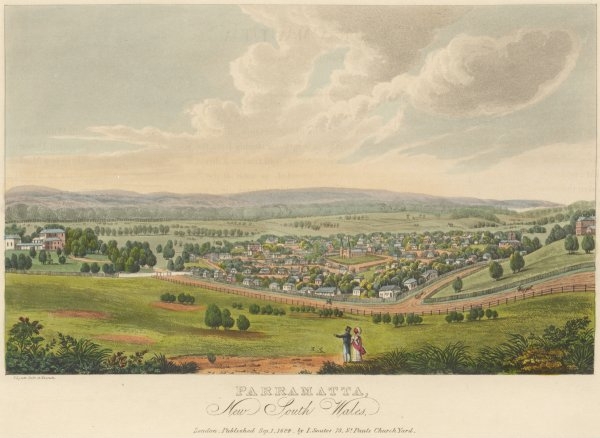 Around one in five Australians are related to women who were incarcerated at the Parramatta Female Factory. The Factory itself is one of our most significant historical spaces; a Francis Greenway building and our oldest convict women’s site. But now its survival is under threat

Paula Grunseit spoke to historians about their campaign to save the precinct, and their work in recording the stories of the women who passed through its gates.

When Governor Lachlan Macquarie laid the foundation stone for the Parramatta Female Factory (PFF) on 4 May 1818, he would not have imagined that nine years later the site would be the place of the first riot led by women in Australia. Originally built to house all unassigned convict women who were transported to New South Wales, it was the first purpose-built factory and became multifunctional, acting as a workhouse, refuge, marriage bureau, assignment bureau, hospital, asylum and prison. Around 5,000 of the 24,960 women who were transported to the colony were incarcerated there.

The site is currently used by Cumberland Hospital and is managed by the Western Sydney Local Area Network. The historic buildings are not publicly accessible and some are in a state of significant disrepair. Now its survival is threatened by poor custodianship.

Gay Hendriksen, president of the Parramatta Female Factory Friends, and her colleagues are campaigning to have the site world heritage listed. It has state heritage listing status, and is under consideration for national heritage listing, but has been identified for “adaptive reuse”, a broad term that concerns the group because it does not rule out residential or commercial development. The group would like to see the site used as a national resource and learning centre, and for educational tourism. “We’d like to see the site open to everyone,” says Gay. “Around one in five to one in seven people in Australia are related to someone who went through Parramatta’s factory. We see it as an Australian story, a women’s story, a children’s story and a men’s story, as men built this place and their lives are interwoven with the lives of the women.”

Around one in five Australians are related to women who were incarcerated at the Parramatta Female Factory.

The Action Group’s supporters include Federal member for Parramatta, Julie Owens, Cardinal George Pell, activist Jack Mundey and the Construction, Forestry, Mining and Energy Union (CFMEU), who have agreed to place a Green Ban on the site. “With this Green Ban we will stop any development that would harm the building further and ensure more thought is given to saving the site,” says Brian Parker, state secretary of the CFMEU.

Gay and her colleagues Judith Dunn, Beth Matthews and Anne Mathews are passionate about discovering and recording the neglected stories of women in Australia’s colonial history. Gay curated the highly successful Women Transported — Life In Australia’s Female Factories exhibition that toured Australia from 2008 to 2011 and describes it as a mad obsession. “The women’s stories are timeless,” she says. “They are the experiences of wives, mothers and sisters and deal with the kinds of issues we still have today. The difference is that these women were in dire circumstances at such a flash point of change in history. They came through it and were the voices of that change”.

Beth Matthews has direct connections with some of the women via her family history. “I have a love of Australian history and I belong to several historical societies,” says Beth. “We have a list of about 10,000 crimes of women who went through the factory and a lot them went through five or six times. We want to do 5,000 profiles; so far we’ve done 2,800. Anne [Mathews] and I are still working on it.” As there is no funding for this project, it’s purely a labour of love. “When we take tours through, people are amazed to see so much history sitting there with nothing happening. We desperately need this world heritage listing,” she says.

Tour guide Judith Dunn also loves the site. “If you can hear a story, I think then you can have empathy and understand what it had been like for those people to live in those times. That’s what I try to do. I tell personal stories and it’s so important that we continue to gather them,” she says.

Judith’s book Colonial Ladies: Lovely, Lively and Lamentably Loose is the result of her five-year study of newspapers documenting every crime that saw a woman sent to the PFF. “You rarely hear the women’s voices [in the records] so there’s a big gap in what we know about how they felt,” she says. “Occasionally the crime reports record something a woman says and they’re the only direct words of the women that you get and some of them are very memorable.” Like convict Julia Allen for example.

“She was charged by her master with ‘preferring to stroll the streets to scrubbing his sandstone floors’,” says Judith. “In court she said her master was ‘a dirty, disagreeable, detrimental, little devil; a foul-mouthed evil-speaking sanctified, cantankerous cockscomb’ and she’d be damned if she’d work for him!” Julia Allen was given six weeks for “that little outburst” says Judith.