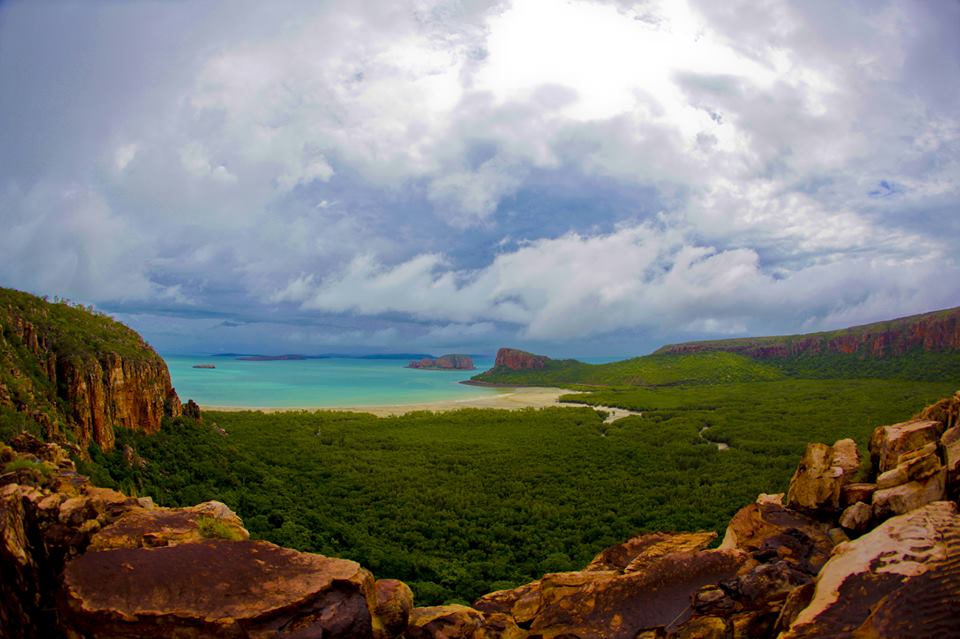 The much-loved host of Coast in the UK has brought his own brand of history-telling to Australia. Neil Oliver talks to Cassie Mercer about our coastline, and bathing with crocodiles. Coast Australia airs Mondays at 7.30pm (EDT) starting 2 December on History, Foxtel.

The 8 x 1 hour series will focus exclusively on Australia’s stunning coastline and each episode will target a different strip of coast, as Neil and his co-hosts gather stories about the history, the people, the archaeology, the geography and the marine life. Neil and the team will visit all corners of Australia, from the Kimberly to the Gold Coast and from Darwin and Tasmania, while stopping off at capital cities along the way. The series will cast its line back tens of thousands of years, as well as study very contemporary modern social history. It will join the past and the present together – and build a true story of a country which lives in synergy with its vast coastline, by meeting and talking with people from all walks of life.

IHM: Q. We love the UK series of Coast. Can you tell us a little about the Australian version?
Neil: I love Coast, too, and it’s no exaggeration to say my involvement with the project over the past decade or so has changed my life. It’s such a simple idea and yet the stories seem to resonate with people all over the world. Coast Australia should very much feel like part of the Coast ‘family’. At the same time, it will also have its own identity and feel, an inevitable product of the unique identity of Australia. I can’t tell you how excited I am about what the viewers are about to see.

IHM: Q. Which areas of Australia will be featured?
Neil: What we’ve done is try and give a feeling of the sheer variety of climates, environments and communities. We spent time in and around Sydney, then Victorian sites like the Great Ocean Road. We crossed Bass Strait to Tasmania, visiting the Freycinet Peninsula and Hobart. In Western Australia we explored Coral Bay, Red Bluff, Carnarvon and several other spots. From Broome we ventured into the Kimberley, then on to Darwin. Then it was Cairns, a visit to Lizard Island and the Great Barrier Reef, then southwards taking in the Gold Coast and Sunshine Coast. For all the time and effort we spent — and we got the chance to tell dozens of fascinating stories and see countless unforgettable locations — it still felt like touching the tip of the iceberg. There’s simply so much more to do.

“In all my travels, this is some of the wildest, most ‘edge-of-the-world-feeling’ coastline I think I have ever seen. There is also a very strong feeling from it that if you were to have been here 200 years ago or even 2000 years ago, it would have looked just the same”. ~ Neil Oliver on the Kimberley region

IHM: Q. Which areas did you love visiting?
Neil: As a newcomer to Australia, I was simply blown away by the whole place. I brought my family with me — my wife and three young kids — and I think I was most affected by how much they loved it all, too. Personally I was stunned by the Kimberley, and by Cairns and the Great Barrier Reef. I was also blown away by the climate in Darwin. Tasmania, too, was a favourite — and genuinely reminded me of home.

IHM: Q. Can you tell us one story from the series?
Neil: So many I hardly know where to start! Perhaps folk will smile about how nervous I was about the wildlife. [On my first morning] in the Kimberley there was a four-foot-long king brown outside my tent. It made for an unusual start to the day — but was topped by my visit to the shower, which was a solar-powered affair hung over a tree branch by a creek. Our hosts said the creek was home to a saltwater crocodile and I don’t think I’ve washed so fast in all my born days.

IHM: Q. Which history resources proved helpful in the course of your research for the series?
Neil: Old-fashioned scholarly books, old-fashioned scholars themselves and not forgetting local historians, who have done their research with passion and enthusiasm and then made it available to Coast Australia.

IHM: Q. What surprised you most about Australia?
Neil: It was so many things. The landscape for the most part was so unfamiliar and strange to my eyes. I also felt acutely aware of the great age of Australia and its long, slow evolution as a continent. On the one hand the archaeologist in me was drawn to the 50,000 years of Aboriginal occupation of the place, and the historian in me was fascinated by the arrival of the Europeans. Perhaps it was the Kimberley that affected me most of all. The scale and age of the landscape there just made me feel like a puny, here today gone tomorrow, speck of dust.

IHM: Q. What’s your best tip for others researching and writing about our coastline?
Neil: I’d have to say there’s no substitute for being there. Spend as much time as you can seeing as much as you can of that wonderful, constantly changing environment.