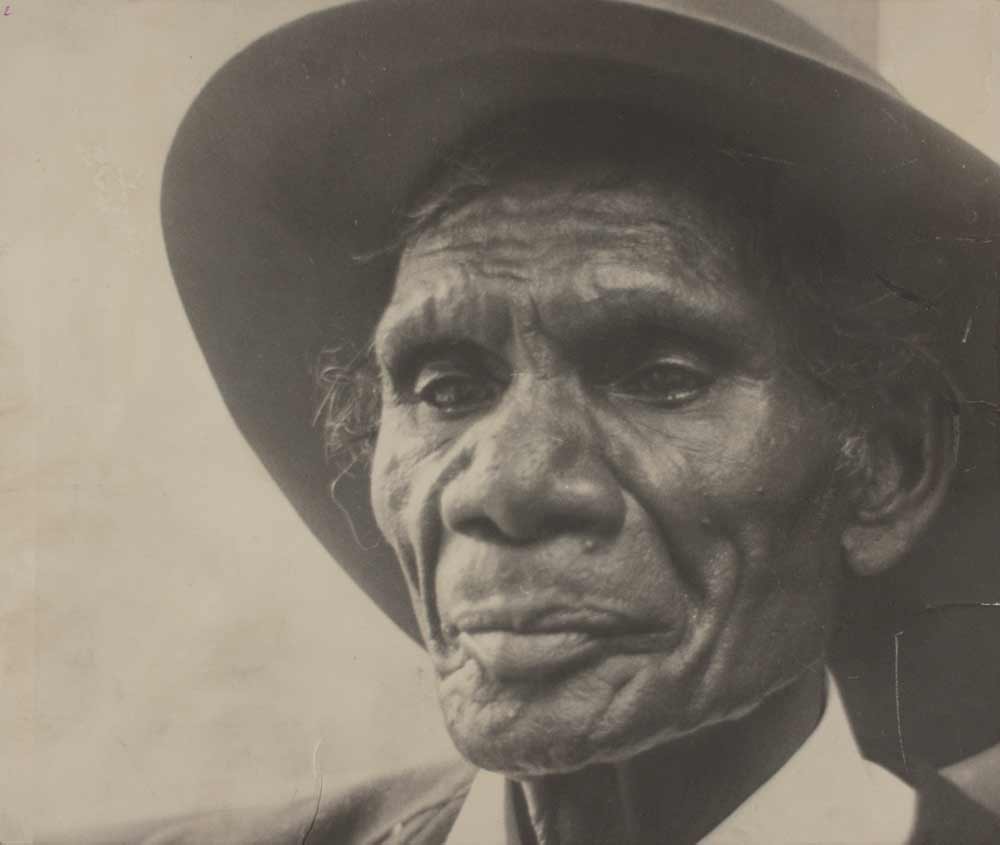 Rare bark paintings are on display for the first time in Australia in the recently-opened exhibition of Arnhem Land artworks at the National Museum of Australia, in Canberra.

Old Masters: Australia’s Great Bark Artists celebrates the genius of master bark painters from northern Australia who worked on eucalyptus bark. Drawing from the Museum’s collection of over 2000 artworks on bark – the largest such collection in the world – the exhibition features 122 of the most outstanding works by 40 artists painted between 1948 and 1888.

“This exhibition challenges our notions of what Aboriginal barks are by presenting exquisite artistry, diverse palettes and innovative designs that are not popularly associated with barks,” said National Museum consultant curator, Wally Caruana. “Most of the works have not been displayed in Australia before.”

The exhibition will feature masters including Yirawala and Narritjin Maymuru, Mawalan Marika and David Malangi who brought traditional Aboriginal bark painting to the attention of the international art world, and explore the dynasties of Aboriginal bark painters. A number of artists in the exhibition also used as their painting canvases the rock walls and overhangs that abound in west Arnhem Land and beyond to Kakadu.

Old Masters also pays homage to the collectors including Charles P Mountford, Karel Kupka, Helen Groger-Wurm and Jim Davidson, who recognised not only the cultural significance of these works, but also their artistic and aesthetic qualities. In identifying the barks as ‘Art’, they acquired them for everyone to see and celebrate.

Old Masters: Australia’s Great Bark Artists is on show at the National Museum of Australia in Canberra from 6 December 2013 to 20 July 2014. Click here for more information and to book tickets.

In celebration of Old Masters: Australia’s Great Bark Artists, the National Museum of Australia is offering you the chance to win a trip for two to the Northern Territory valued at $14,000! Click here for more information.

A short article in The Times of London on 17 August 1948 reported on the success of a scientific expedition to Arnhem Land and alluded to a number of rock paintings by Aboriginal ‘old masters’. Lead by the anthropologist Charles P Mountford, the multi-disciplined expedition collected some 600 bark paintings and sculptures, which were later distributed to Australian state art galleries and museums, and to the Smithsonian Institution in Washington DC. A number of these bark paintings are among the earliest works in Old Masters.

The artists
In the context of this exhibition, the term ‘old’ reflects two salient facts: most of these artists were born before the incursions of white settler society on their land and culture early in the twentieth century: and they carried one of the oldest continuing traditions of art known to humanity – Aboriginal art – into the modern era. Yirawala, Mawalan Marika, Muŋgurrawuy Yunupiŋu, Narritjin Maymuru and, in later years, Gawirriṉ Gumana and Jack Wunuwun and others demonstrated their belief that art was an eloquent and effective means of bridging the gulf that separated the two cultures. Many of these men were ritual leaders, statesmen and cultural advocates as well as artists. They painted so that balanda (non-Indigenous people) might appreciate the profound nature of Aboriginal culture and the essential bond that people have with the land. They painted for land rights and human rights: in 1963 the Yirrkala Church Panels, stood on either side of the altar in the local mission church, reminding Yolŋu of their ancestral birthright; in the same year, Bark Petitions, which are surrounded by clan designs, proclaimed Yolŋu’s unique relationship with the land in the face of mining; and The Aboriginal Memorial (1987–88) stands as a testament to the Indigenous lives lost while defending their lands since 1788. A number of the artists in this exhibition were prominent contributors to these watershed moments in the history of Arnhem Land art and in the developing relationship between Aboriginal people and balanda.

In an effort to appreciate the magnitude of the artistic achievements of these men, curators and art historians have resorted to comparisons with the elite of Western European art: Yirawala has been known as the ‘Picasso of Arnhem Land’, and Jack Wunuwun, the ‘Michelangelo’.