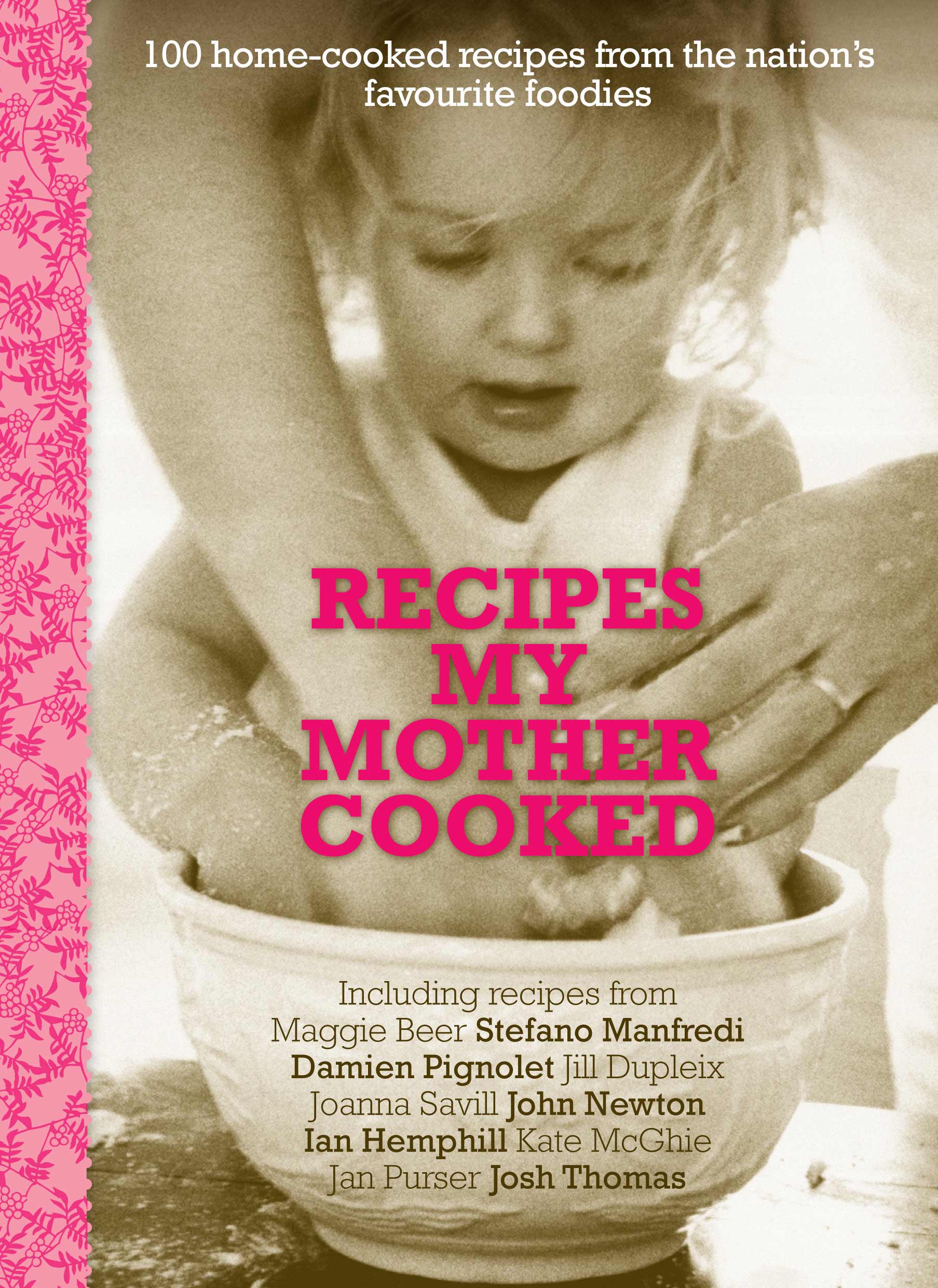 Ask about somebody’s food, and you’ll hear about their parents, and their parent’s parents, says Jill Dupleix, editor of the Sydney Morning Herald Good Cafe Guide. Recipes tell us who you are, and where you are from.
This article originally appeared in Issue 12 of Inside History. The print edition of Issue 12 is now sold out but you can still purchase the digital editions – click here for more information.

It takes a lot to kill a good recipe. It takes more than drought, and disease, more than war and revolution, more than poverty and pestilence — more, even, than the brutal changes of fashion.

A good recipe will survive being made with meagre produce in times of need, endure legions of clumsy cooks and absent-minded mistakes, and travel across the world to find itself a new home. But it won’t lie down and die, as long as someone still cooks it and serves it to people who love eating it.

Here, I’ll prove it. Pick up an old silver spoon and imagine it sliding into a bowl of your favourite soup. Let the steam rise up like a dream, through your nose and into your body. Suddenly your mind is elsewhere, in a distant kitchen, or at a far-away table. Who needs time travel, when there is always a bowl of soup or a plate of food that can transport you to the past? But not just any bowl or any food, obviously. I bet the one that came to mind is the one you crave for more reasons than hunger or greed; one that’s tied up with family, childhood, mothers… and mothers of mothers.

The type of recipe that survives war, disease and distance is usually simple and modest, rather than an artistic fantasy of a celebrity chef. It’s food that looks like food, not a branch of modern architecture; food rich in meaning, not in luxury ingredients; food that gives you warmth, comfort, energy – and leftovers.

As the well-travelled restaurant critic of London’s The Times, AA Gill, once wrote, “the brilliant voracity of food is that it knows no national boundaries. It is born and immediately becomes a refugee. It slips across fields and rivers, tiptoes over barbed wire and minefields; travels without a passport; hitches lifts in the back of vans; stows away on steamers.”

When you consider that 6.5 million migrants have settled in Australia since 1945, first from Europe, and then from the Asian-Pacific region, the Middle East and Africa, it’s little wonder that there’s more on our plate than lamb chops, mash and peas. Whatever the reason for their migration, it’s the recipes they bring with them — in hand-written books, in scribbled pages, in pockets, in living memories — that links them to their past. By bringing their recipes, they bring their families with them, and their culture.

Being a fifth-generation Australian from country Victoria, I didn’t feel I had any migratory recipe stories of my own; no exciting overnight escapes over snow-capped mountains, no refugee camps, no brave adventuring ancestors on the high seas. But every family has recipes that immediately take them home, that symbolise continuity and constancy amid the chaotic change of our lives.

Take porridge. Gran’s porridge was different to our normal family porridge. A proud, tartan-wearing Scotswoman, she soaked the oats overnight, and cooked them on the wood-burning Aga stove in a little green enamel saucepan, stirring constantly with a wooden spoon worn down to a triangle, until it smelt so sweet you barely needed to put sugar on it. But you did, of course, dark brown sugar that melted into molasses and made every spoonful burn the roof of your mouth. One smell of my morning porridge today and I’m back in her warm cottage kitchen, with Honey the Labrador sitting on my feet.

At the other end of the day, she would make a traditional pudding known by a million other families as a self-saucing chocolate pudding. In our family, however, it was known as Granny’s Goo. My mother then made it, and now my brother and sisters and I make it — but we still call it Granny’s Goo. I love it because it works every time, making its own gooey chocolate sauce as if by magic, and because it smells exactly as it did when my grandmother made it.

Other family recipes that endure are country favourites such as egg and bacon pie, caramel dumplings and corned beef. My mother made pea and ham soup for years as the four children grew up; I now make it for her. For my husband, Terry, it’s a more urban story; fish and chips, sausages and mash with onion gravy, and Neapolitan ice cream. His mum was a pub cook in Melbourne, and would come home with trays of leftover baked spaghetti with Bolognese sauce (her own invention) for her four boys to share.

Later when he went to Elwood High School, he remembers his mate’s uncle — Polish, from Bialystok — throwing a big shared dinner every Tuesday for all his assorted family, of blintzes (stuffed crepes), holubtsi (cabbage rolls), and kreplach (dumplings). Even then, Terry knew these dishes were his way of bringing people together, keeping the recipes and the taste of the past alive for another generation.

I’m not saying Terry actually married his first wife, Anna, because her Polish mother was such a great cook, but clearly it didn’t hurt. Maria and her Ukrainian husband Makar had the story I’d been dreaming of — the flight from Poland in 1948, Maria heavily pregnant, their first daughter born while travelling overland to Austria; the anxious wait for a boat; the relief to be on that boat headed for a new life in Canada with their baby — and the surprise when told it was heading for Australia instead.

Maria’s cooking became a combination of their two cultures and family histories, so the tables were covered with holubtsi, vareniki (stuffed dumplings), pelmeni (stuffed flat dumplings) and borscht, that magnificently sweet and earthy beetroot soup that’s love in a bowl for almost everyone from central or eastern Europe. And so that little girl grew up to make her borscht in exactly the same way, connecting her back to her mother, and no doubt her grandmother. Before Maria died, my husband asked his son to get the recipe from Maria and Anna, in order to pay homage to it in his book, Yum, A Journey Around My Stomach (out of print). Now, Maria and Makar, and sadly, Anna herself, have all gone. The family recipe has survived, however, and lives on for Anna’s son, and now for his son, too, to make and enjoy.

So many people say they wish they had asked their grandmother or mother for a recipe before it was too late. I imagine this was the motivating force behind a sweet little cookbook entitled Recipes My Mother Cooked, published in 2012 by Allen & Unwin (29.99) as a fundraiser for the McGrath Foundation. Recipes My Mother Cooked includes some lovely stories and recipes from the likes of Maggie Beer.

In the foreword, managing director Kylea Tink says that passing on family recipes to the next generation is “how we honour our loved ones, how we testify to their lives”. The most charming thing about this book is the Australianness — by that, I mean the recipes stretch from lemon delicious pudding to elayada (steamed rice flour dumplings in banana leaf) to Hainanese chicken, and on to crumpets, orange flummery and Polish potato salad.

Sometimes as I potter about the kitchen, I catch myself stirring the porridge with exactly the same mannerisms my grandmother used; or pulling a roasting tray out of the oven with scrunched-up tea towels as oven mitts, just as my mother does. It’s not surprising then, that food has the power to link us to generations past, present and future, giving us a reassuring sense of the continuity of life. It reminds us that when we cook familiar things, all our actions have been done before by the ghosts in our kitchens, and hopefully will be done again after we have gone. That said, we have to keep our family recipes relevant. If the kids groan at the thought of your granny’s “whatever”, then use your skills and a bit of lateral thinking to evolve it into something they will adore.

You might need to cut the fat back, reduce the cooking time, or use our new kitchen technology to make it easier to cook — so go right ahead. This way, it will wedge itself into their consciousness, and live on. And likewise, don’t forget our own recipes, the ones we come up with, cook and share with others, are the recipes that our children and grandchildren will inherit; the ones that they’ll remember us by.

Passing on family recipes to the next generation is “how we honour our loved ones, how we testify to their lives” – Kylea Tink