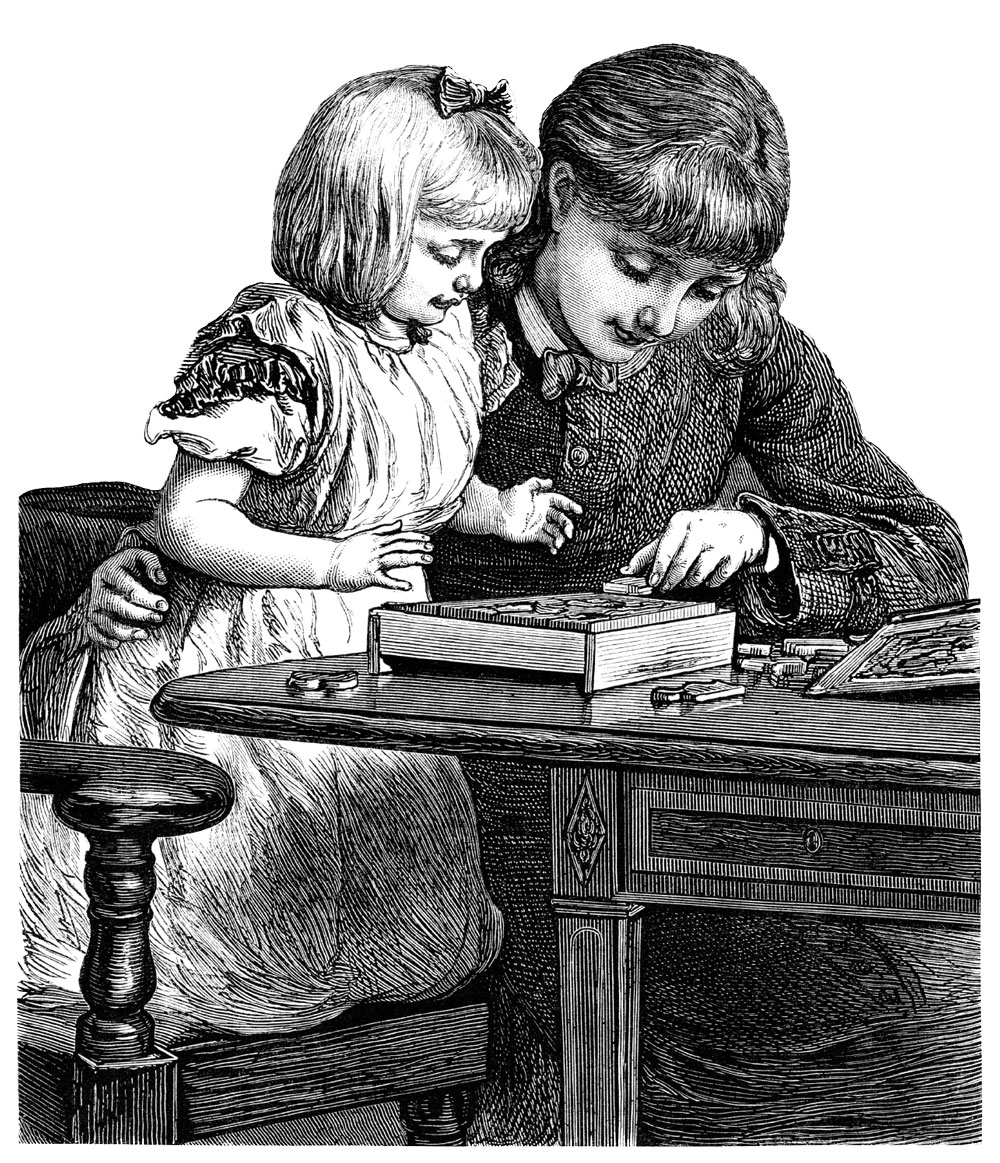 Home > Blog > Featured > The life of an Aussie governess

The life of an Aussie governess presented many challenges: rowdy children, unbearable heat, and a distinct lack of dances… but it was better than being a governess in England, as Kate Matthew explains.

On Thursday December 20, 1866, Louisa Agnes Geoghegan arrived in Melbourne on the Swiftside. The journey from London had been exactly 12 weeks. On February 19, 1867 she wrote her first letter to the UK’s Female Middle Class Emigration Society (FMCES), which had helped arrange her passage.

FMCES, founded by Maria Rye and Jane Lewin in 1862, was one of a number of organisations that emerged in the late 19th century to tackle the perceived “surplus women” problem in the United Kingdom. Louisa described the voyage, “as a very pleasant and favourable one though a little longer than was expected.”

Louisa had travelled alone as a second-class passenger, which was unusual as the FMCES tried to send governesses in pairs when at all possible. However, she was unfazed by the experience, and this practical and positive attitude would stand her in good stead, “up the Country”.

Louisa had a brother already in the colony. He lived at Sale in country Victoria, but was able to be in Melbourne to meet the Swiftside when it docked. They had to make the best of their short time together. Just five days after her arrival, Louisa joined her new employers, the Hines family, to travel to their home in the Wimmera region of western Victoria. After the immediate culture shock of arriving in a colonial city during the hottest part of the year, the long overland trip to the Hines’ station would have challenged Louisa’s positive attitude. They left Melbourne on Christmas Day, with temperatures exceeding 37°C. After travelling by rail to Ballarat, they then journeyed overland for the 418km from Ballarat to Benyeo — a station owned by Mr Hines’ in-laws, the McLeod’s.

Although Benyeo was only 22km from the Hines’ station, Neuarpurr, Louisa spent the next six weeks there nursing both households through a bout of the measles. Medical assistance was called for the Hines’ eldest daughter, Bessie, but despite two doctors arriving over the next few days, Bessie’s strength was not equal to the way the measles affected her and she died.

As Louisa had been engaged to teach the two daughters of the house, the loss of one might have placed her in a strange position. However, the Hines’ seem to have welcomed her into their family. Louisa described their grief in her letters with the sensitivity of a friend rather than an employee.

It was common, especially on isolated properties, for the governess to also be a companion to the lady of the house. It seems that, in this case, Louisa and Mrs Hines formed a strong bond quite quickly — no doubt through the numerous trials they experienced in quite a short time. Louisa had nursed Mrs Hines through the measles, they had already travelled nearly 480km together in very intimate circumstances, and now grieved together for the death of Bessie, described by Louisa as:

a gentle companionable intellectual child liked by everyone who knew her.

Once the mourning period was over, Louisa settled into the life of a governess on a remote property. After confessing early that she liked the people better than the country, her surroundings seem to have grown on her as the diversions of gardening and the extra time to herself became valued. These were freedoms unheard of in an English governessing situation.

Having only one pupil, Louisa had a relatively easy life, and it is no surprise to hear, in her letter to the FMCES on October 28, 1867, that her pupil progressed well in all areas, but especially music. This was considered an indispensable accomplishment in the colonies, and any governess who could not teach it had considerable difficulty finding work. The Hines had gone to the trouble and expense of bringing a piano with them from Melbourne at the same time that they had collected Louisa from the ship, so there was a new instrument on which to teach.

It wasn’t all smooth in the classroom. Some of Louisa’s challenges were mirrored in the experience of other governesses. She generalised her complaint, writing on August 12, 1868 that her “only difficulty is to civilise the children, which you are supposed to do through example — as they are uncontrolled to a degree, and the parents object to anything else”. Other governesses also reported a noticeable lack of parental control over their pupils, which they felt was far worse than anything they encountered in England. It was also difficult for English governesses to teach English manners and etiquette, by example only, in households that did not recognise their own deficiencies in this area.

The social isolation of far-west Victoria was challenging for Louisa. The nearest town was Aspley, approximately 50km away. There were very few families in the area, and Louisa described the majority as “mushrooms” — a label given to the newly wealthy who “grew” into gentility overnight. Possibly because of the proportion of “mushrooms” in the area the social boundaries were relaxed, and in her letter to the FMCES on October 18, 1867, Louisa remarked that she felt she was made far more welcome than she’d been when governessing in England. Unfortunately, blurred social boundaries did not equate to a social life. If Mr Hines was busy, it was too dangerous for the women to ride outside the homestead grounds — something Louisa found restricting as there was so little opportunity to visit other women in the area. She noted that literature was discussed far more than in England, because it was often the only new topic, and, of course, the ladies did not discuss the price of sheep nor the mechanics of sheep dipping with the men.

There was a glimmer of light on the social horizon in the form of balls. In the first half of 1868, there were three balls in the area. One had been public, and the other two were privately held — one of the private ones was given by the Hines. Louisa sketched it for her English correspondent in May 1868: “The style is to dance till daylight, because it is impossible to ride or drive in the dark, so those who must go, dance until it is light enough to start and the rest take thankfully anything they can get in the shape of a bed — when it comes to provid[ing] for thirty you cannot be very particular.”

By August 1870, after three-and-half years with the Hines family, Louisa had saved enough money to buy herself a piano. She had also received an offer of a home with her brother in Sale, and a position teaching in her sister Jane’s school. The lure of family easily outweighed the social isolation of the Wimmera, and Louisa determined to go. Before leaving, she went to some lengths to assist the Hines, by writing to Jane Lewin at the FMCES office in London to seek her assistance in finding a suitable replacement. Largely through Louisa’s efforts, a Miss Oliver’s services were secured and she joined the Hines at their station in April 1871.

It’s through Miss Oliver’s correspondence with the FMCES on October 2, 1871 that we hear of Louisa’s marriage. She was 29 years old when she married Frederick Vaughan on April 6, 1871, the same day Miss Oliver arrived in the Wimmera. Louisa was last reported to be living approximately 160km from the Hines’ station, her governessing days at an end.

Who were our governesses?
Very little is known about governesses who worked in Australia in the 19th century. Both British emigrants and colonial born, they remain hidden in the shadows of the parlour, far from the illuminating glow of candlelight and the warmth of the hearth. Although they were only ever a small percentage of the population, governesses form an important part of the broader conversations on the experience of colonial women and emigrants. They also have a compelling story to tell in their own right.

Generally women who were employed as governesses came from impoverished middle-class parents – a sufficient amount of income to provide a reasonable education, but not enough to prevent their daughters needing to work away from home.

Typically, employers ranged from wealthy elites to the upwardly mobile, financially comfortable middle-classes. In Australia, governesses were usually employed in regional or rural areas. City children had a choice of some good schools and ladies seminaries after about 1840, although some of the wealthier families did employ governesses in the major cities through to the 1880s.

Kate Matthew is a historian and writer, and is currently enrolled in a PhD at the University of Western Sydney.

This story originally appeared in issue 8 of Inside History. Click here to access the entire issue free on ISSUU.