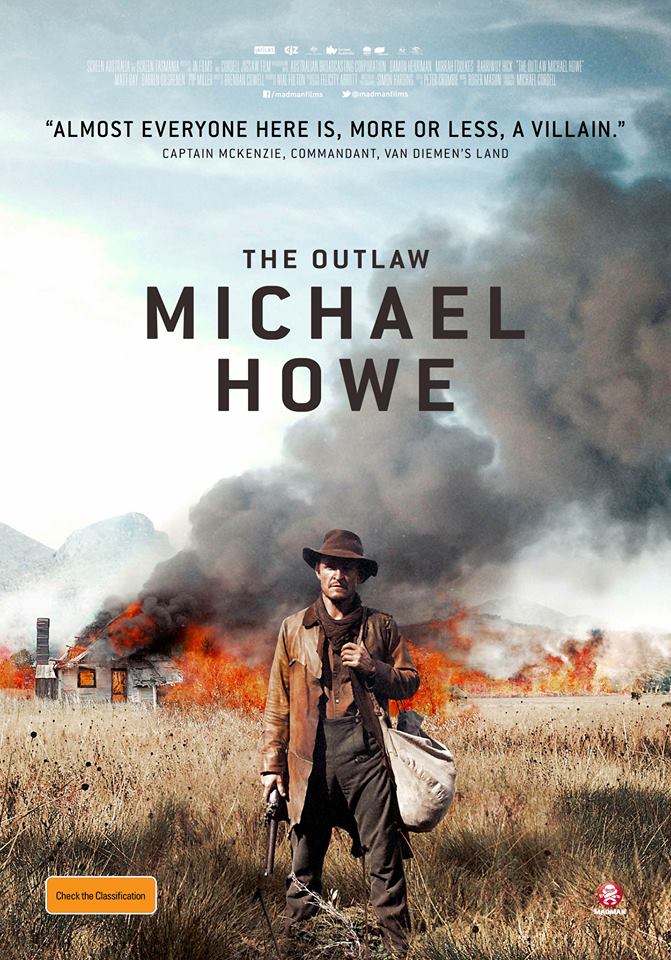 Acclaimed Australian writer/actor Brendan Cowell (The Slap, Love My Way) steps behind the camera for the first time to deliver a thrilling slice of Australian outlaw history. The Outlaw Michael Howe is one of Australia’s most infamous but largely forgotten bushrangers and will premiere on Sunday 1 December at 8.30pm on ABC1.

…in a remote stock hut on the River Shannon, haunted by dreams, he committed his forebodings to a kangaroo-skin diary, written, it is said, in blood; at the same time he made a list of the flowers he had known in Yorkshire, and which he hoped to grow in his last hiding place. A reward was offered for his capture; tricked once, he escaped by murdering his captors. For a year he eluded his pursuers by keeping to remote areas…

“… This is a complex, brutal and beautiful tale about a British outlaw and the two women he loved and the land he nearly conquered. I loved exploring the incredible locations Tasmania had to offer…” says Brendan Cowell.

The Outlaw Michael Howe examines how a small group of outlaws pushed the colony to the brink of civil war. In Van Diemen’s Land, the rule book had yet to be written and all sides recognised an opportunity to exert their absolute authority. In the darkest corner of the Empire, Michael Howe began a war that would last nearly fifteen years, fought between some of the most colourful characters in our nation’s history.

Filmed on location in Tasmania and regional NSW and based upon surviving records from a brutal era in Australian history, the film gathers an ensemble of gifted, new-generation stars including Damon Herriman (The Lone Ranger, Justified) as Michael Howe, Mirrah Foulkes (Top of the Lake, Animal Kingdom), Rarriwuy Hick (Redfern Now) as well as a supporting cast including Matt Day, Darren Gilshenan, Pip Miller and Brendan Cowell. The film is beautifully shot by Simon Harding (The Hobbit, King Kong) and features a stunning score by Roger Mason, music by The Drones, with an original song recorded for the film by Sarah Blasko.