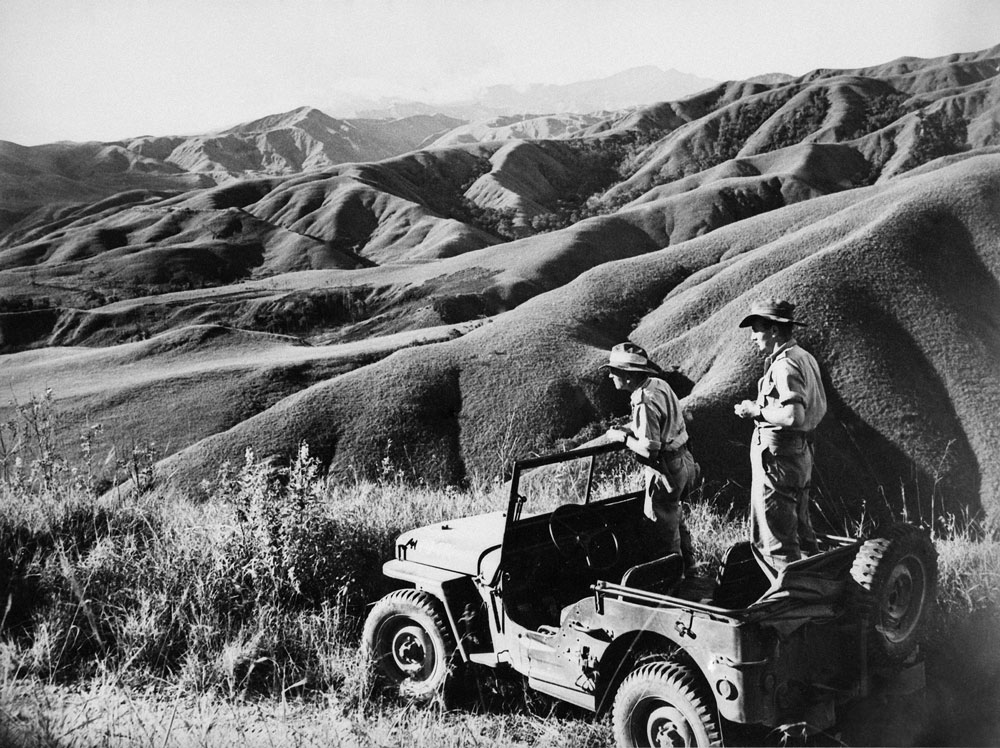 It was a battle the Australian troops fought against the Japanese, and against all odds amid the treacherous conditions of New Guinea. Here, David Buckwalter remembers the little-known Battle for Wau.

About two months before the first shots on Kokoda had sounded a small group of commandos, the 2/5th Australian Independent Company (AIC), had been the first in the history of the Australian army to fly into their battle stations. On arrival they linked up with the local expat militia, the New Guinea Volunteer Rifles (NGVR).

Another small group of commandos walked all the way across the island from Port Moresby to reinforce the 1st Independent Company, which had virtually been wiped out during the Japanese invasion of New Britain and consequently absorbed into the combined unit.

As a group they executed the first offensive raid by Allied soldiers on the Japanese in WWII at their base at Salamaua on 29 June 1942. They destroyed a large amount of infrastructure and caused more than 100 Japanese casualties, with only three Australian soldiers sustaining minor wounds. They captured the Japanese plans for their raid on Milne Bay. One soldier with the plans in hand ran all the way up to the town of Wau in two days and the plans were flown to Port Moresby. The Japanese would later take 12 days to get to Wau.

This group worked in such difficult conditions that the doctors report before their evacuation to Australia is a travesty. Ninety per cent of this group were unfit for immediate military duty. Most were suffering from beriberi (malnutrition) and had malaria up to 15 times.

Kanga Force, as the group became known, were continuously patrolling in small groups over several thousand square kilometres. This caused the Japanese to think that Australia had a large force in the area, and therefore they did not venture far from their coastal base in Salamaua. Mubo, a village on the Bitoi River, was a forward base for Kanga. It was strategically important as mast trails that led to Wau passed through it. In August 1942 the Japanese broke out of Salamaua and took Mubo.

There were two main trails leading to Wau from Mubo, both following the rivers on either side of a ridge that rises some 1,000m. One is called the Black Cat track, the other is the Buisaval River track. These trails are very difficult to negotiate especially Black Cat, which goes up and down the side of the spurs that lead off the main ridge.

In December 1942 Kanga Force was reinforced by the 2/7th AIC commando group, bringing their strength to about 600. On 11 January 1943 Kanga raided Mubo from multiple directions causing many Japanese casualties during the week-long battle. Still, the Japanese held Mubo.

After the raid many small groups of Japanese were seen heading in the direction of Wau. As a total group they remained hidden and their intension unknown.

Once the Australian command deducted that the Japanese were pushing towards Wau, the town was reinforced with three battalions of the 17th Brigade. On 14 January the bulk of the 2/6th Battalion was flown into Wau’s tiny airstrip, which is 300m higher at one end than the other. Wau is very difficult to fly into as it is subject to continuous layers of low cloud, so the immediate reinforcement of the whole brigade was difficult and slow, with a number of planes crashing in the attempt.

The 2/6th Battalion was immediately dispersed over a wide area covering the two trails leading
to Mubo. The companies ended up many days march from each other and had almost no communication due to the high hills, dense jungle and poor radio equipment.

Bad weather continued to prevent the landing of reinforcements; flights from Port Moresby were being forced back. On 24 January one company from the 2/5th Battalion landed at Wau but was sent to Ballams, 25km away, instead of where they would be needed.

On 25 January Captain Winning of the commando group reported a large group of Japanese on the Black Cat trail, forward of House Copper, their route unknown. House Copper was just a hut with a tin roof, but it became a major reference point.

Commander Brigadier Moten took the precaution to move one platoon of 30 from the 2/6th Battalion from Ballams to Wandumi, a day’s march away. The next day still saw him sending patrols out in the wrong direction. They were expecting the enemy in the Black Cat area and advised the small numbers there to stop any Japanese retreating to Mubo.

Late on 26 January a message was received that around 300 Japanese were “past House Copper, via a new cut track on the hill approximately 130 degrees from Black Cat”. The balance of A Company 2/6th Batallion and a platoon of commandos on the Buisaval track were then ordered to Wandumi.B Company at Skindewai was tasked to patrol the Black Cat trail to prevent further Japanese reinforcements along the new track.

The following morning planes started landing with more of the 2/5th Batallion, and one company was dispatched immediately to Ballams on the Buisaval track. By that afternoon all of A Company 2/6th Batallion had arrived at Wandumi. A decision was made for the company to leave the following morning to patrol along the ridge down to the House Copper area and link with the other two 2/6th Battalion companies to ambush the 300 expected Japanese.

During the night a few soldiers were sent forward on a listening patrol. At about 0100 they heard the Japanese making a lot of noise coming down the hill and retreated to warn the company. Private Tom Garrett remembers the Bren Gunner Johnny Nobel firing the first shots, but the gun jammed after two rounds. A fight broke out between Nobel and an attacking soldier. As the two soldiers broke apart one of the patrol killed the Japanese and both raced back to the company perimeter.

Captain Bill Sherlock was in charge of the small group of about 100. They were expecting to defend themselves against a Japanese patrol of 300. Allan Smith was a message runner for Captain Sherlock and remembers hearing the initial Japanese mortars fired before first light on 28 January 1943: “Sherlock said to me ‘better go forward and see what’s happening’, so I went with him. If the Japs had lowered their sights a bit they would have cut us in half.” Allan was getting his first taste of battle action.

Lieutenant St John’s 9 platoon was in front and the first target of the Japanese mortars. Private Hamilton was killed and three others Private Garrett, Private Phillips and Corporal Nobel were severely wounded; local native stretcher-bearers carried them out to safety.

Sherlock then withdraw the company to a defensive spot 300m down the ridge. Estimates
of the number of Japanese who attacked Wau were 2,258, not the expected 300. One soldier noted
the Japanese were coming over the hill above the Australian position in such numbers that they
looked like ants.

In 2011 Private Eric Noakes, one of the commandos, told me: “If the Japs only knew how few we were they would have walked into Wau any time. When you work it all out, we were all in the wrong place.”

The battle raged all day with ammunition and mortar bombs running critically short and casualties mounting. At 1300, after a six-hour march from Ballams, Lieutenant Lin Cameron’s 10 Platoon from the 2/5th Battalion reinforced Sherlock’s group. Other reinforcement attempts were made from the Black Cat area in the north, but it was impossible to pass through the Japanese-held position above Sherlock.

Sherlock’s communications to Brigade convey the urgency of the battle: