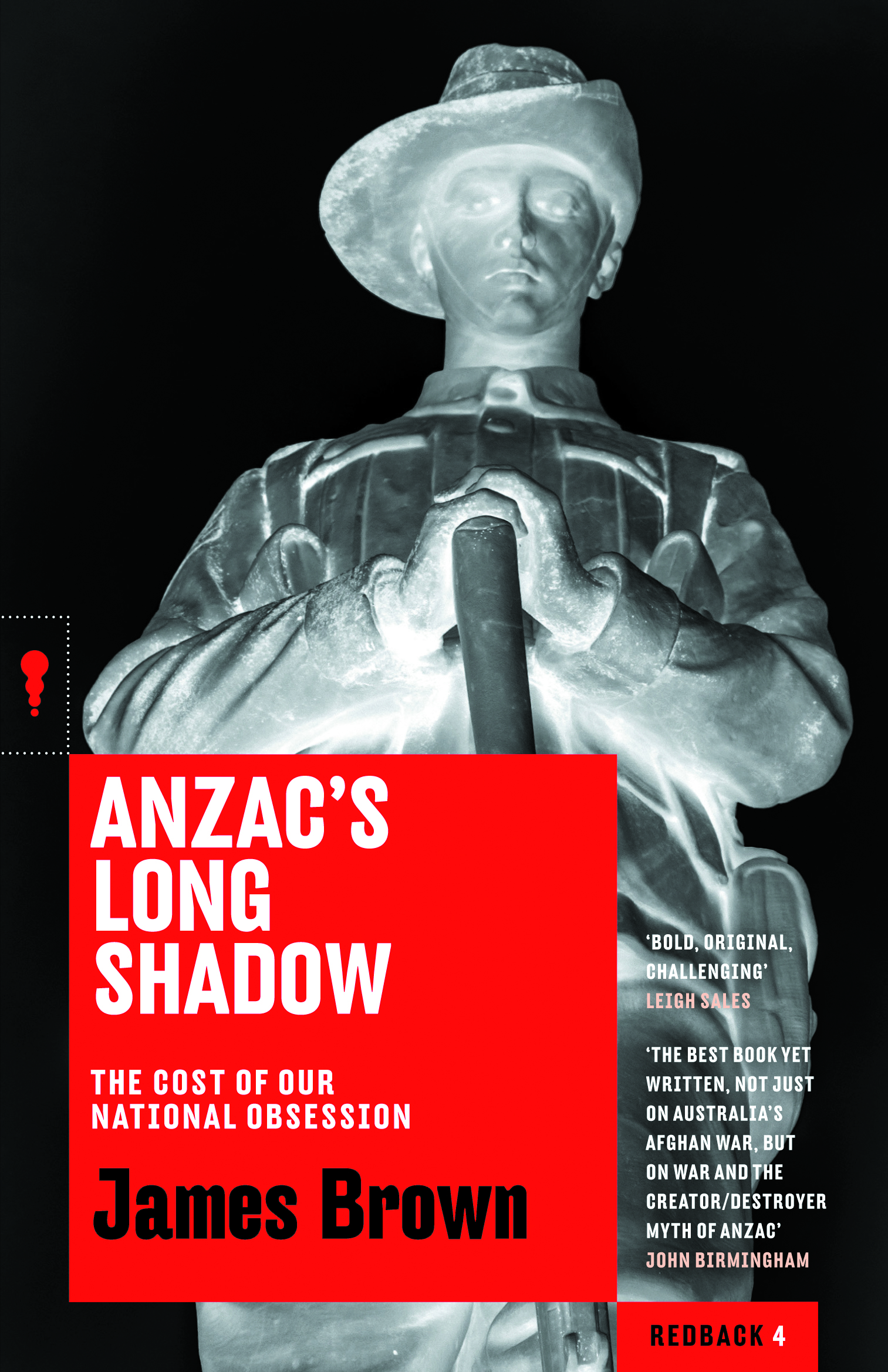 It’s about time a book like this came along, as a counterweight to the bronzed Anzac hero-worship culture that engenders a lop-sided, jingoistic view of Australia’s armed forces.

This is not an anti-military book. Far from it. Brown is a former Army officer who has served in Iraq and Afghanistan and he believes in an alert, well-trained and above all, well-informed military that continually re-evaluates itself. But the original Anzacs have been ‘Disneyfied’, he writes, to the point where those men who scrambled up the slopes of Gallipoli in 1915 would not recognise themselves.

Anzac has been ‘bottled, stamped and sold’ reaching a commercial fever-pitch with next year’s centenary celebrations which will cost Australia close to three-quarters of a billion dollars. And here we come to his point: The Anzac hero status has been baton-passed to anyone who pulls on an Australian uniform. Our armed forces are untouchables, above criticism or self-reflection. The result is ignorance and a dangerous complacency. Brown says no one one knows how competent our generals are because there is no analysis, no political interest, and a ‘chasm’ between the military and the public.

The ‘Digger myth’ assumes we’re the best. This has implications for the frontline, too, where soldiers sometimes behave as if they’re bulletproof simply because of their forefathers’ reputation. On the flipside, many young soldiers feel inadequate because they can’t live up to the legend. The outdated notion of battlefield success is storming positions in the teeth of withering gunfire and leaving the ground littered with enemy dead. But in modern conflict, Brown writes, a succesful day is one without violence.

Part of the problem is a culture of secrecy and control. Australian military personnel are hidebound by regulations that prevent or make it extremely difficult to write about their experiences. Fifteen years after the East Timor conflict, there is still no official history. Nor are there any for the Solomons, Iraq or Afghanistan. Contrast this with World War I, where Charles Bean’s history came out within three years. And contrast this with Britain, Canada, and the US, where debate and military writings are encouraged with a view to learning from mistakes of the past. There’s a lot more in this tightly packed, well-argued book, but it’s our military future that really worries Brown. He wraps up by arguing that because politicians, academics and military refuse to debate and study our past and present engagements, we are ill-prepared to plan for possible future conflicts. He goes into some detail, for example, showing how our military hardware purchases reflect outmoded thinking.

Brown acknowledges growing regional uncertainty as Asian powers flex their muscles and reposition themselves, but he decries century-old political and military thinking that doesn’t evaluate strategy, or put simply, what’s worth fighting for and how.

Read an extract from the book – click here
Watch a Q&A with the author, James Brown – click here

James Brown is appearing at the Byron Bay Writers Festival in 2014. The festival runs from 1 – 3 August and early bird tickets are available now. Click here to find out more.