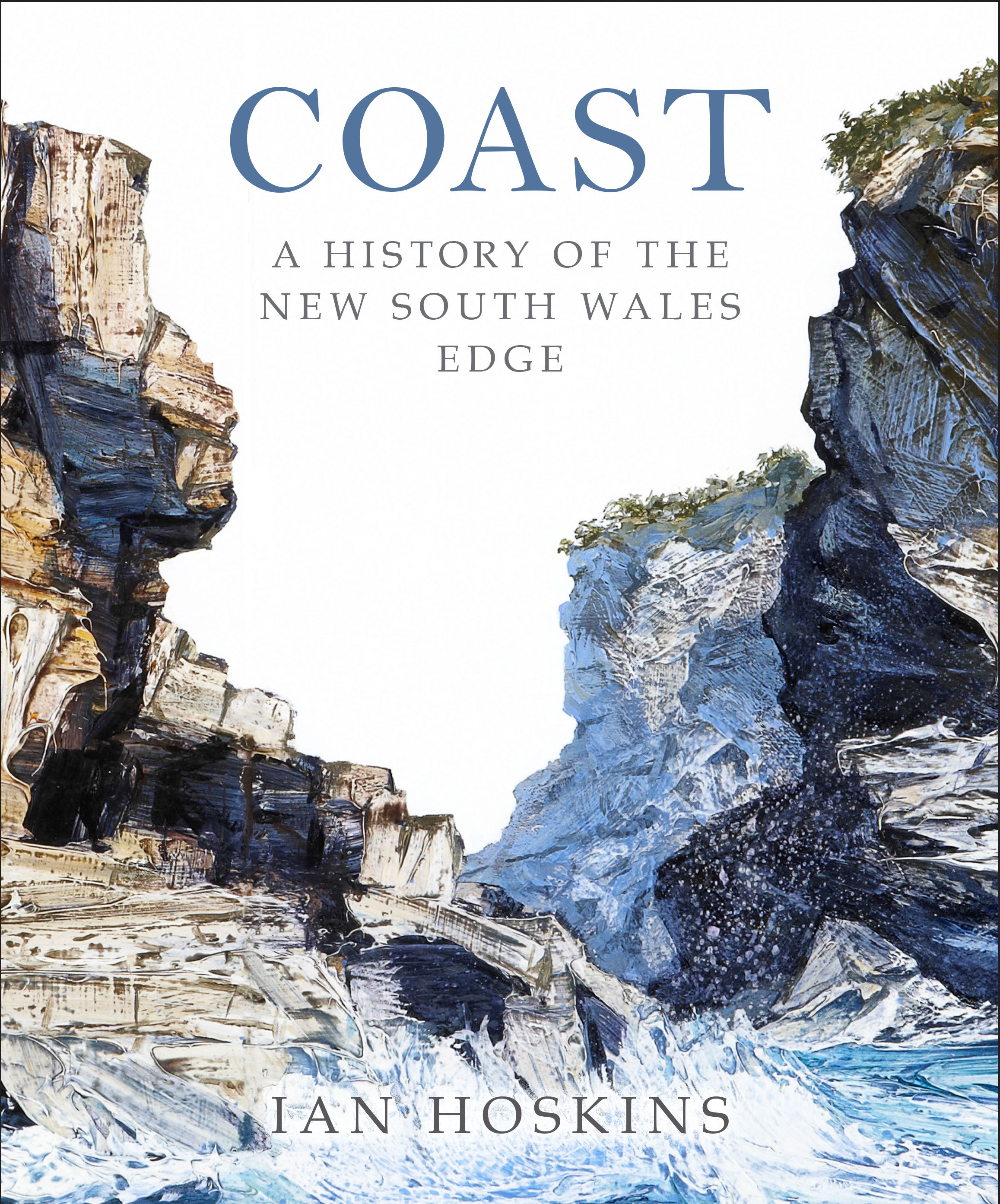 In these days of sea-change and the fight for sea views, it’s hard to imagine a time when we shunned the beaches. But our obsession with the coast is a relatively recent one, according to historian, Ian Hoskins. Prior to the turn of the 20th century, our national identity was much more closely linked to the rolling plains and mountains. The early colonists, Hoskins says, avoided living near the beach.

Hoskins has set himself quite a task – to write the first history of the entire NSW coast. Hoskins’ first book, Sydney Harbour: A history won the history section of the Queensland Premier’s Literary Awards in 2010. In Coast, he now sets out to explore our relationship with this 2000 kilometre stretch of shore.

In delving into this subject Hoskins covers a broad territory. Chapters include natural and indigenous history, colonisation, convicts, fishing, lighthouses, surfing and the sea change phenomenon. He points out how as we journey along our coast, we can see traces of all the uses that have come before. Aboriginal fish traps and lighthouses have given way to coastal mansions.

The chapter on the people and politics behind the growth of harbours and shipping makes for fascinating reading. As shipping grew in the colony, so did the shipwrecks. By 1921 1300 vessels had been wrecked on the NSW coast, many disappearing without trace. These disasters led to a call for the coast to be ‘…illuminated like a street with lamps.’ The first lighthouse keeper was established at South Head in 1818 and by 1901 twenty-two lighthouses shone along the NSW coast.

Lightkeepers had to be hardy in these remote locations. Being a lightkeeper, Hoskins says, was ‘a curious mix of the freedom that comes from inhabiting a near-empty landscape and the regimentation that follows such responsibility.’ His stories include that of the plucky lightkeeper at Cape St George, who took to shark fishing to support his eleven children. It does seem an enviable lifestyle from the vantage of these overbusy times. But even in the late 1800s a visitor to Montague Island noted that:

These people are contented enough, and perhaps there are few of us in the bustling crowd, surrounded with problems that are driving the world crazy, as happy as the residents of this lonely sea-girt island.

Coast is a beautifully laid out book with many colour and black and white photos, maps and paintings adding to its charm. Written in a readable style and researched in incredible detail through primary and secondary sources, it will satisfy even the most avid coast lover.

Ian Hoskins is appearing at the Byron Bay Writers Festival in 2014. The festival runs from 1 – 3 August and early bird tickets are available now. Click here to find out more.