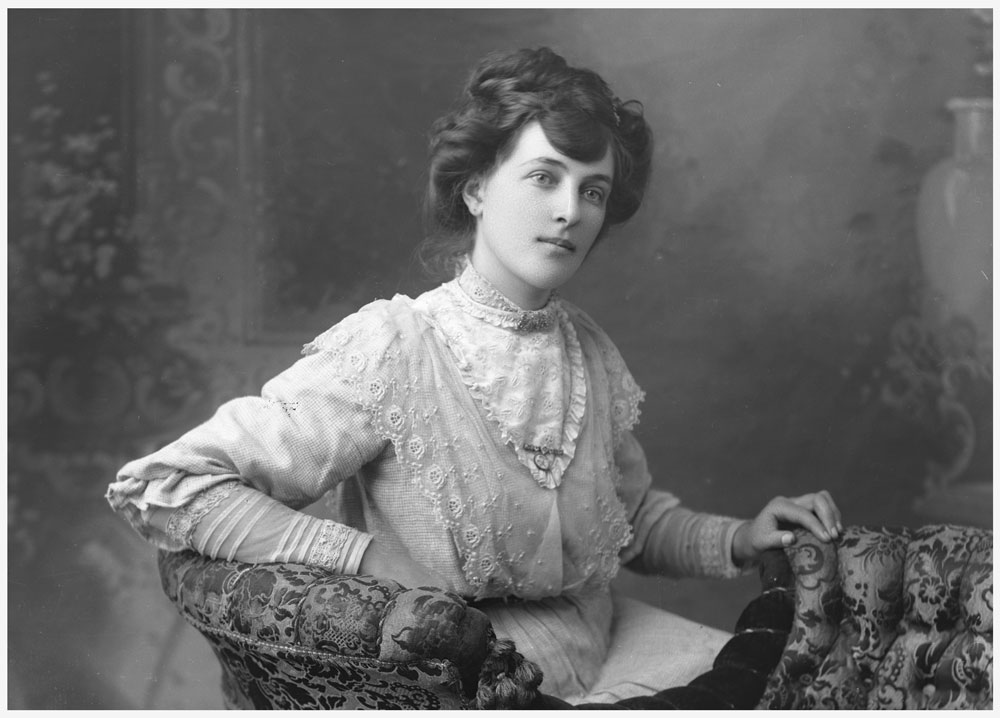 In Part One of this special online feature, Emma Sutcliffe looks at how an extensive collection of historic glass plate negatives from the gold rush town of Castlemaine, Victoria, was recovered and restored. Keep an eye out for Part Two, which will be published tomorrow.

There’s something intriguing about staring into the eyes of a person long dead.

While some of Aldophus Verey’s clients pose comfortably for his large format camera, it’s clear that others are bemused, wondering how this contraption would capture their exact likeness.

The story of the Verey Collection – over 13,000 delicate glass plate negatives – some of which were lost for decades in a Castlemaine warehouse, is as fascinating as the images they hold.

Between 1883 and 1955, the name Verey was synonymous with photographic portraiture in the goldfields town of Castlemaine in central Victoria. Adolphus, the fifth of seven children to English parents, learnt his trade in Melbourne before opening a studio on the corner of Barker and Lyttleton Streets, in a building that still bears his name.

The bulk of his work was in portraiture; freezing in time the images of Castlemaine’s residents, business people and families, against beautifully painted backdrops of agapanthus, velvet curtains and ornate columns. However, besides the sentimental reasons usually associated with the family portrait, there is a deeper social narrative to Verey’s photographs.

“The role of photographic portraiture in those early years was to illustrate our lineage,” explains Neil Stanyer from the Photography Studies College, Melbourne.

“Previously, only the wealthy could afford to be painted; photography popularised the family portrait and made it accessible, in particular to the middle class. Thankfully, as it’s an important part of our social fabric to be able to look into the eyes of those who came before us.”

Also amongst the collection are street and landscapes of Castlemaine and surrounding areas, as well as a handful of photos of poorer families in front of their homes and Chinese immigrants who had flocked to the goldfields.

“Photography allows the practitioner to express themselves and, in general, photographers have a keen interesting capturing people and places. Many would, of their own volition, make records of life around them. They were recording life as it happened, often to incite social change,” says Neil Stanyer.

“On the one hand we have these formal studio pictures of the wealthier community members, but I can imagine other photos were probably taken from a more altruistic perspective, simply for Verey to record life as he knew it.”

Taking pictures within a studio was, of course, preferable for photographers of Verey’s vintage, mostly because clients were more comfortable and could be coaxed into composing the picture of Verey’s imagining.

“He was very much an artist photographer,” says Ashley Tracey, the founder of the Verey Collection.

“Many of the pictures are of such quality they could be blown up to the size of a wall. The composition of Verey’s photographs are exquisite; the amazing backdrops, positioning of people’s faces and hands and their immaculate grooming,” he explains.

“His studio was carefully chosen, with south facing windows to let in a maximum amount of light. Head clamps were often used, as the exposure time could be anywhere from one to ten seconds, and it was difficult for people to keep still, especially young children and babies.”

Verey’s portraits of individual women were particularly beautiful, such as the photo of his wife Emma, which I consider to be a perfect photograph.

It was this beauty that first drew Ashley Tracey to purchase a box of glass plate negatives at a Castlemaine antique auction in the 1980s. An amateur photographer, and former resident of Melbourne, Tracey had moved to Castlemaine, now a well-known tourist town, to work as a vintage car mechanic.