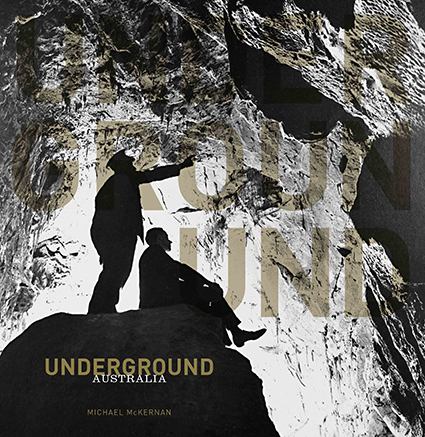 The National Library of Australia is renowned for its vast collection of treasures from throughout Australia’s history, literary and otherwise. Here, Susan Hall from NLA Publishing explains how the Library’s original manuscripts and historic materials are transformed into beautiful books suitable for any Australian’s bookshelf.

John Hunter’s First Fleet sketchbook, William Bligh’s sea-stained notebook and list of mutineers, James Cook’s Endeavour Journal and William Wills’ diary containing his last words — all these manuscripts have formed the backbone of books published, or soon to be published, in our ‘collection highlights’ series by the National Library of Australia Publishing.

In each book, the original manuscript is used as a springboard to tell a wider background story of the person and life at the time, woven together with accounts of the journey, expedition or voyage. Manuscript pages are reproduced at a legible size with associated transcripts. Feedback from the general public often includes the pleasure they have in seeing the original handwriting and being able to scrutinise parts of it in detail.

The National Library of Australia grew out of the Parliamentary Library, established following the Federation of the Australian states in 1901. It is a library with a long history, charged with preserving our nation’s documentary heritage in its many forms. Collecting and looking after the stories of our past — stories of exploration, settlement, war, development, immigration, cultural and scientific achievement, Indigenous stories, stories of individuals and of communities — is at the heart of what we do.

It is within this context that the National Library’s trade publishing program operates, directly supporting the Library’s strategic goals to ‘enrich understanding of what it is to be Australian … through our publications’. In our books, we aim to bring the collection, and an interpretation of it, to a wider audience.

Michael Molkentin, author of our book Flying the Southern Cross: Aviators Charles Ulm and Charles Kingsford Smith based on Ulm’s logbook of the Pacific flight, writes:

From a historian’s perspective the strongest characteristic of NLA Publishing’s collection highlights titles is the transparency that is given to the process of historical interpretation. Because the narrative is so closely, and so explicitly, linked to a manuscript in the Library’s collection, the reader gets an insight into the very nature of how historians wrestle with sources to reach their conclusions. Challenging the prevailing view that history is simply a catalogue of facts and that historians simply chronicle the past is a good thing.

Not all our books are focused around a single collection item. Some take a more thematic approach, such as Michael McKernan’s Underground Australia, which is a historical photographic survey of underground locations. In the book, you can see images ranging from a publican in the bowels of his Sydney pub posing with his hand chained to the wall — a reminder of the time when the underground store was a convict cell — to a photograph of women sorting mushrooms in a disused railway tunnel in the 1950s, or a jazz band rehearsing beneath the Royal George Hotel. McKernan wrote his text using photographs from the Library’s collection as a starting point for his research. In this case the images were selected by the publications team, although some were added at his request. As he recounts:

Doing the research and working on the pictorial collection at the National Library was a revelation… Until I started work on the book, quite frankly, I had no idea of the richness and content of this aspect of Australian history.”