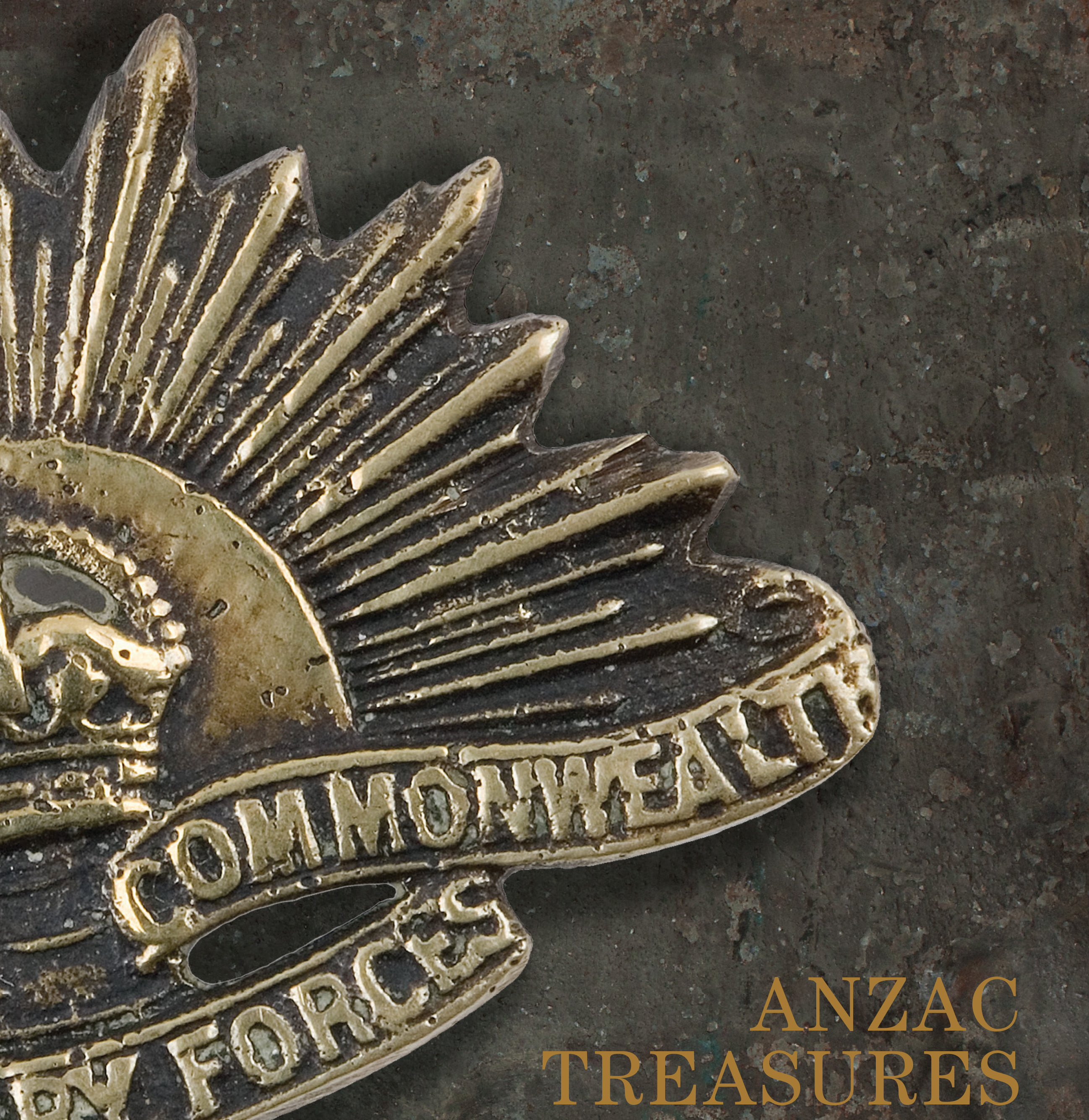 This landmark publication commemorates the centenary of the Great War’s Gallipoli campaign, 25 April 1915 to 9 January 1916. ANZAC Treasures approaches the subject of Gallipoli not only from a military perspective but also in terms of its social impact and its role in commemoration and nation building. It does so through the Memorial’s immensely rich and varied National Collection, which provides a tangible link to ANZAC and gives an unparalleled insight into its many facets. The legend and reality of ANZAC are encapsulated within the relics, photographs, artworks, documentary records, personal diaries and letters that are displayed to dramatic and moving effect in a beautifully designed and produced commemorative volume.

Dr Peter Pedersen, formerly Head of the Research Centre at the Australian War Memorial, is one of Australia’s leading military historians. He has written eight books on the First World War and led many battlefield tours to Gallipoli, the Western Front and other battlefields in Europe and Asia. Dr Pedersen is currently consultant historian to the Australian Department of Veterans’ Affairs.

Extract: The story of Albert Jacka – winner of the Victoria at Gallipoli
The destruction of the Turkish general attack at Anzac on 19 May 1915 sets that day apart in any timeline of the Gallipoli campaign. So do two other events. Private Bert Jacka’s gallantry between 4 and 5 am at Courtney’s Post during the attack gained him the Victoria Cross. A couple of hours later, Private John Simpson Kirkpatrick was hit through the heart near the spot in Monash Valley where General Bridges had been sniped. Within a few months, their names would be familiar to everyone in Australia. Both were legends well before the war ended and Simpson became an Australian icon.

Born on 10 January 1893 near Winchelsea, Victoria, and raised in Wedderburn, Bert Jacka was just 165 centimetres tall but stocky and powerful, thanks to his prowess at boxing and cycling. A shy teetotaller, he also had an independent streak, which was hardened by three years working outdoors, and often alone, for the State Forestry Department. He spent the war in the 14th Battalion, which held Courtney’s Post when the Turks attacked. A handful of them broke into its front trench, where they were trapped between Australians firing down the communication trench at one end and Jacka at the mouth of the communication trench at the other. When they repelled the small charge he led, Jacka used the communication trenches to circle around them. While they were distracted by bombs, he ran along the parapet and leapt upon them from the rear. His face flushed and an unlit smoke dangling from his lips, Jacka told his officer a few minutes later, “I managed to get the buggers, sir.”1 His diary states that he “bayoneted two Turks, shot five … took three prisoners and cleared the whole trench”.2

The announcement in July that Jacka had been awarded the Victoria Cross made him instantly famous. He received the £500 and gold watch that colourful Melbourne businessman and bookie John Wren promised to the first VC recipient and his image adorned recruiting posters. On the Western Front, Jacka’s star shone even brighter. Charging a large group of Germans at Pozières in August 1916, he killed about 20, despite being wounded seven times, to save a dicey situation in what Bean called the AIF’s “most dramatic and effective act of individual audacity”.3 It brought a Military Cross instead of the second VC many thought he deserved. His work at Bullecourt in April 1917 might well have earned a third VC but only attracted a Bar to the MC. Though agreeing that Jacka deserved three VCs, Bean considered him “a good fellow of a rather crude type”, possibly because of his basic education and bluntness with superiors, but for which he might have risen beyond captain.4 His brigade commander, Brigadier General Brand, had a few run-ins with him but still praised Jacka’s leadership, integrity and “superb quality of knowing when to act and how to act”.

Medals awarded to Captain Albert Jacka VC MC and Bar for bravery and service during World War I. The Victoria Cross, on the left, takes precedence and is worn before all other medals. Next, among Jacka’s medals, is the Military Cross. The Cross was instituted in December 1915 for commissioned officers of the rank of captain or below in the armies of the British Empire and Dominions ‘for distinguished and meritorious services in battle on land’. Subsequent awards of the same medal are referred to as ‘bars’. Jacka gained his first MC for his actions at Pozières, France, on 7 August 1916 and a bar to his MC for his bravery at Bullecourt, France on 8 April 1917. More than 37,000 Military Crosses were awarded in World War I, 3,000 second award bars, 170 third award bars and four fourth award bars. Jacka’s other medals are (from left to right) the 1914-1915 Star, the British War Medal and the Victory Medal. Jacka’s medals are on display in the Hall of Valour at the Australian War Memorial.