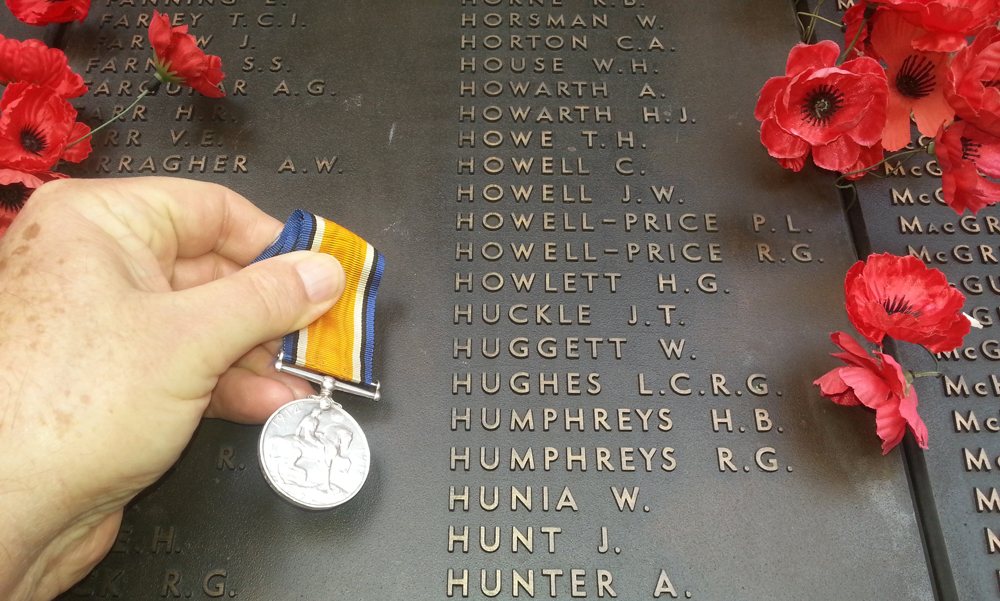 In a journey from World War One to present day, Gary Traynor recounts the extraordinary tale of John Thomas Huckle’s lost war medal, sold for ‘two bob’ in 1939 to be miraculously returned to family in 2014.

It has been said that all citizens are duty bound to defend their nation. But what if the colour of your skin precluded you from that obligation? And your country of birth did not formally recognise you as an Australian citizen? For one young man from Euabalong near Condobolin, the lure of adventure and prospect of travel to faraway lands proved too strong. Presenting himself for enlistment; John Thomas Huckle like many other Indigenous Australians, slipped through the cracks.

Government policy of the time clearly dictated just what type of man was required for the new Australian Imperial Force. Men of Aboriginal descent simply did not fit into this category. Could it be that losses suffered during nine months in Gallipoli and the carnage of Fromelles and Pozieres, would combine to influence a resounding vote against conscription? And did the reduction in volunteers for active service, pressure some recruitment officers to turn a blind eye? It is not known how he made it through the induction process, but on 19 October 1916, John Huckle was accepted into the AIF.

John was allocated to the 1st Infantry Battalion. His service records provide a description of a 23 year old man with a ‘dark’ complexion, brown eyes and black hair. But there is no mention of his Aboriginality. Boarding the SS Port Nicholson during November of that same year, John sailed through Sydney heads on the ‘big adventure’. Bound for the Western Front, he would enter a theatre of war which already had consumed troops in their hundreds of thousands. His time in Belgium would coincide with the third battle of Ypres.  And when he left Australia’s shores, his parents John (senior) and Hanna back in Euabalong were not to know their young man had less than twelve months to live. John Thomas Huckle was killed in action on 3 October 1917, aged just 24.

Twenty two years later, an eleven year old Caucasian boy wandered the streets of Redfern with two shillings in his pocket. It was early 1939 and war clouds loomed once again. But young Bede McDonagh knew nothing of war and he was blissfully carefree as any eleven year old boy should be. So when a slightly older boy of Aboriginal descent approached him near Central Railway Station, he was intrigued to be shown a British war medal from the Great War.

I offered him two bob for it and I’ve had it ever since”. His decision at the time was based on the rationalisation, “The medal was bigger than the coins, so I swapped it with him”.

All circular shaped Commonwealth war medals from the First World War are impressed on the edge with details of the recipient. It just so happens that persons unknown had attempted to erase the name of John Huckle sometime after it was posthumously awarded to his father. In an attempt to ascertain just to who this medal belonged, Bede first approached a medal expert in Taree named Wayne Ladbury. The medal was presented to a jeweller for examination and despite the name being partially filed off, sufficient evidence remained of John’s name and service number to positively identify it. So in 2012, Bede decided it was time for the medal to be returned to its rightful family and sought the assistance of Gary Traynor, the Administrator of the non-profit organisation called ‘Medals Gone Missing’. In a world obsessed with profiteering, Bede’s old school values lead him to decree:

Read the full story in issue 25 of Inside History.