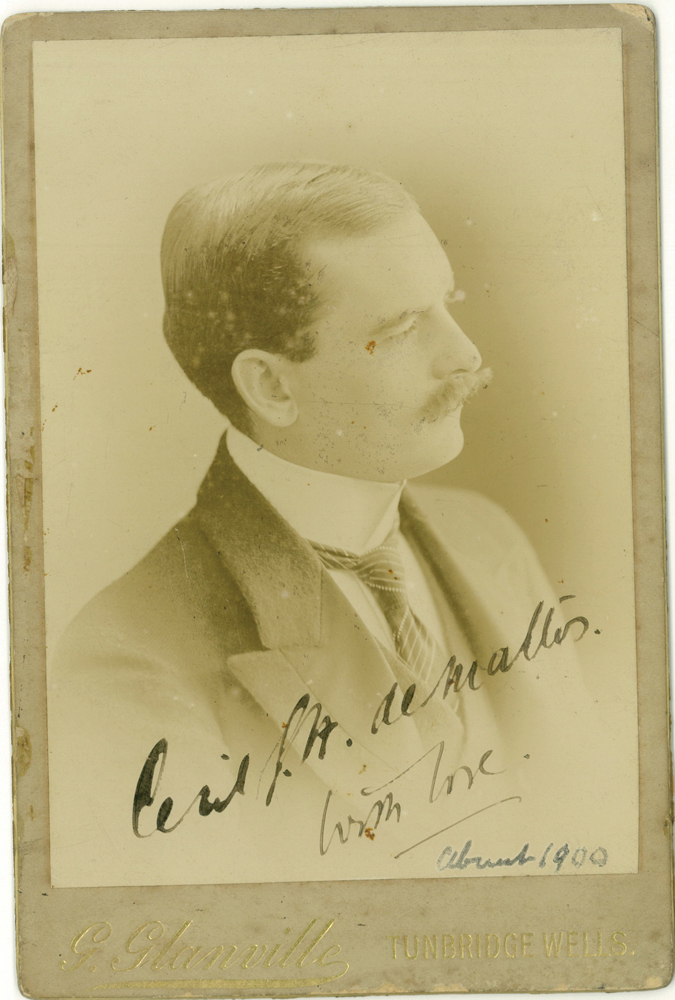 Six photos. Two families. And the mightiest empire of the modern era. All linked by a chance discovery of some beautiful old photographs more than a century after they were taken. Now, Inside History and Findmypast are launching a global campaign to reunite these mysterious photographs with their rightful owners. Sarah Trevor delves into the story behind the lost images and explains how you can help.

It’s the kind of discovery that would delight any family historian: exquisite, gilt-edged cartes de visite, recovered far from their origins in Victorian England. Air of mystery? Tick.

Yet, helpfully, all of the portraits were marked with their subjects’ names, birth and death dates, providing tantalising leads for the avid researcher to pursue. Beautiful, well-preserved and conveniently annotated, the cartes were a lost treasure.

Except for one thing: they were trash.

Christine Day from Brisbane found them in a nondescript industrial tip. “I was dumping some rubbish and saw these images and just thought, ‘Oh my God, these are somebody’s rellies!’” she says.

She had the impression the photographs had been part of a deceased estate. Recognising their value, she rescued and kept the images. But attempts to track down their rightful owner were fruitless and, for 15-odd years, the images lay dormant in a drawer.

Until, this year, they resurfaced during a clean-up. Christine’s husband Derek, having researched his own family tree, and noting the digital boom of genealogy, decided to phone the Australian office of Findmypast. Usually the team does not provide research assistance, instead referring customers onto accredited genealogists. But something about these snapshots from Victorian England intrigued general manager Vicki Dawson.

One of the photographs stood out from the others in surname, dress, and facial features. Its rather handsome subject had an aquiline nose, military uniform and somewhat steely expression. A handwritten scrawl on the back of the image read: ‘Philip Tomlinson. Died 1897 in India. My fiancé.’

Traces of his earlier life soon unfurled. Born in Fermoy, Ireland, Lionel was the second child and only son of Sophia and Edward Tomlinson. By the time of the 1891 census he was a 19-year-old in bustling London, studying medicine. Fusing this with military service, Lionel became a medical officer, like his father before him.

Edward ‘ED’ Tomlinson had a long and varied career. Passenger lists and other snippets among findmypast’s British Newspaper Archive collection help chart Edward’s movements as he crisscrossed around the world in the name of duty. Serving in Malta, Ireland and even as far afield as New Zealand (where Minnie, the first of his four children, was born), Edward steadily rose through the ranks from Staff Assistant Surgeon to Surgeon-Major.

Throughout his service and well into retirement, Edward penned the occasional letter to the editor on the welfare of British troops. Revealing their author’s long-abiding interest in the prevention of disease through improved sanitation, these letters allude to the day-to-day work duties performed by him and, later, Lionel. ‘Inspections of barracks, quarters and care [are] made every week by medical officers,’ he reported in the Hampshire Advertiser on 29 January 1876.

Continual scientific and medical advancements made the late 19th century an interesting time to be working in medicine, particularly in the colonies. And colonial India was no exception. For a young medical officer such as Lionel, it was a challenging yet invigorating place to work.

Stationed in India for six-year terms, Lionel and his fellow officers in the Army Medical Service garnered lower rates of pay and less recognition than their military counterparts. Perhaps unfairly, the young men of the Army Medical Service were thought to be less interested in public health than the leisure opportunities that service provided in sport and ‘pig sticking’ (boar hunting).

India’s warm climate and outdoor lifestyle was believed to hasten the spread of disease among British troops through over-exertion. The soldiers’ penchant for visiting local bazaars and sampling foods outside the barracks were identified as risk factors. Concern was also expressed over troops’ ‘exposure to the tropical sun with an empty stomach, such as rifle range… without chota hazri (early breakfast)’ in a 1909 report, ‘Sanitation in India: The Prevalence of Enteric Fever amongst British Troops’.

While debate continues as to how much of colonial India’s famine, epidemics and overcrowding was exacerbated by imperial policies, these hardships had an unmistakeable impact on the country’s 300 million inhabitants.  Leprosy, tuberculosis and the ever-fatal malaria menaced local and colonist alike. It was not uncommon for British medical officers to succumb to the very diseases they had been helping to treat.

And, as they soon learned, disease could strike suddenly and spread unexpectedly across the empire’s global span. In a letter to the London Standard, 3 July 1900, Edward Tomlinson wrote of enteric (or typhoid) fever: ‘the experience of epidemics in England, such as at Maidstone and Beverley, show how very difficult it is to get rid of, even when the source of the poison is well known.’

Edward’s clinical, detached tone in this letter is remarkably stoic considering that its topic was the very illness that had, just three years previously, claimed his own son.

Lionel died of enteric fever on 31 July 1897, aged 26. He was buried in Belgaum the same day. One can’t help but imagine that Edward bore the news of his son’s premature death with a stiff upper lip.

Of course, Lionel’s family were not the only ones affected. The two simple two words labelling Lionel’s carte de visite ‘my fiancé’ seem to take on a bittersweet tone after learning the young man’s fate. Even more so upon reflecting that his photograph was treasured enough to outlast both its subject and initial owner.

Though the couple did not ever make it to the aisle, it appears that Lionel was never forgotten by his fiancée. But just who was she?

A forgotten family
Here the story branches out into several intertwined mysteries. Solving the mystery of the fiancée’s identity has proven a challenge. Yet, since the subjects of all the other portraits bore the same surname the next step, at least, was clear: to research the de Mattos family.

Like the Tomlinsons, the de Mattos household was well-off and rather peripatetic. Coincidentally, the patriarch of this family was also named Edward and his line of work, as a merchant exporter, was similarly entwined in the British empire’s fortunes.

Born in the Netherlands, Edward de Mattos moved to London where, at the age of 26, he married Caroline Mary Beard in 1862. The couple went on to have nine children, several of whom adorn our photographs.

The eldest, Alfred, was born in Constantinople, presumably during one of his father’s business trips. Alfred is pictured as a suited gentleman poring over a book at his desk in a seemingly studious manner, quite fitting for his occupation as a clerk.

Ernest, born in 1858, and Elizabeth Gertrude, born in 1862, are the next two siblings. Although not portrayed among these photographs, both appear on Findmypast records.

Another carte de visite depicts the fourth-born Frederick Edmund, a kindly-looking chap donning a tweed coat and vest. Our next portrait is of a lady, Edith de Mattos. Born in 1868, Edith was married in 1891. She died just four years after this photograph was taken.