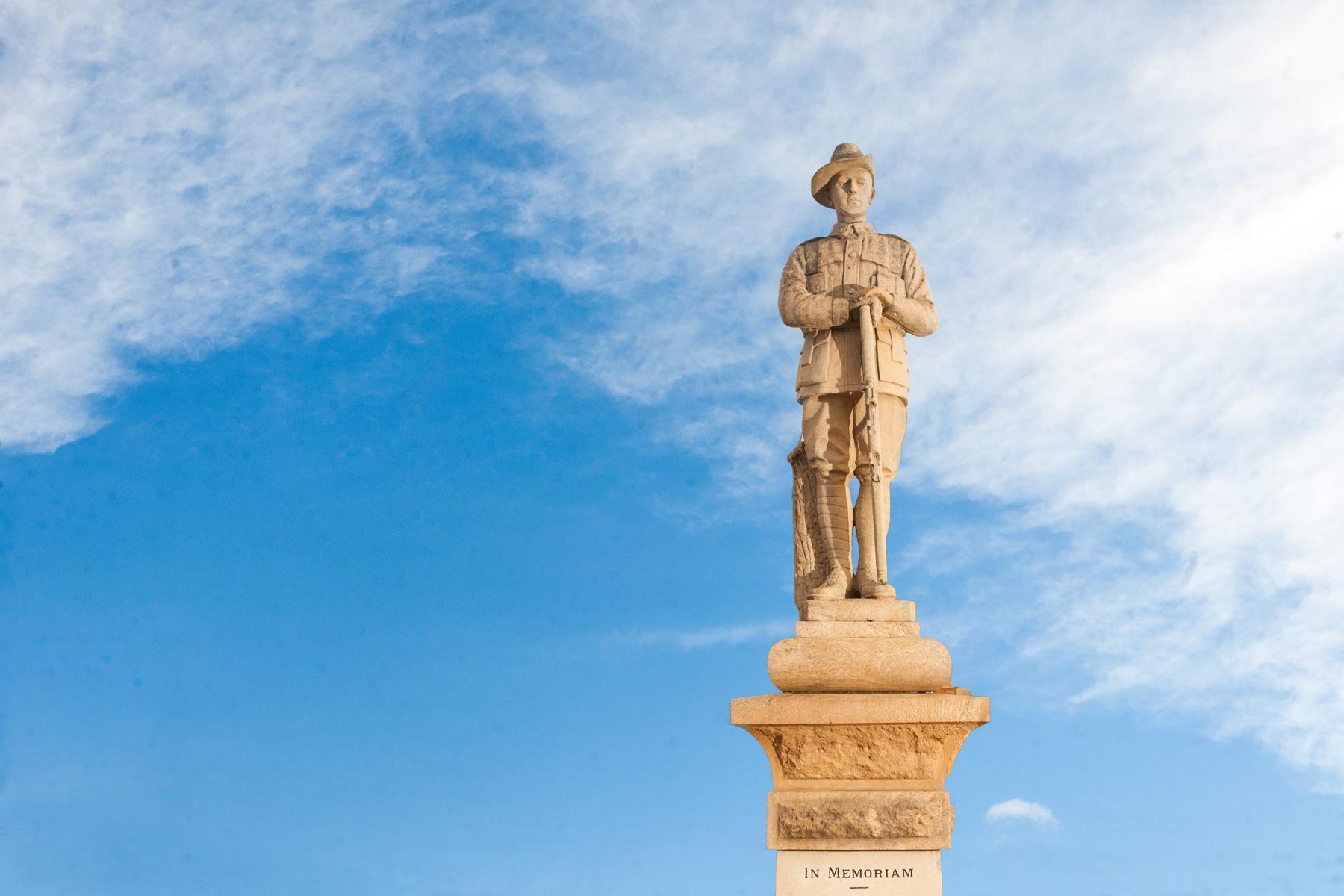 Home > Blog > Featured > A cup of tea with…Robert Kronk :: Playwright of We That Are Left

As this year’s centenary of the Gallipoli landing unfolds, playwright Robert Kronk explores the challenges faced by those on the home front in his play We That Are Left, on show in Toowoomba.

Your play We That Are Left looks at the war from the viewpoint of those on the home front. Why were you drawn to these stories?
I felt that these were some of the untold stories — and with the centenary of Anzac there are better writers than I, already telling stories from the front.

I also like writing about places I know, so writing about the home front seemed a natural choice. Unfortunately for me the commissioners weren’t interested in paying for me to travel extensively to France and Turkey!

I was inspired by stories of women who kept farms, businesses and families together during the war years. I was struck by one particular story, of a woman who lost her sons and continued to run a farm by herself well into her eighties. I wondered what it must have been like working and living on a farm for so long with so many memories of her lost sons. Finally, there are not many plays with large female casts.

What prompted you to write a play about the impacts of World War I?
I’ve always had an interest in Australia’s war history — my father is a bit of an amateur military historian and I grew up in a house with lots of different war histories.

I come from a small farming community where the impacts of the Great War were still tangible. The names on the honour roll at my primary school were the names of families that still farmed the district. Being a small community where not much changed, there were plenty of sheds, fence-lines, railway sidings that remained unchanged from 1915. It felt like time was still there, in the corner of your eye, inhabiting the present. This play has partly been about me capturing that feeling.

The play focuses on the Toowoomba and South West Queensland region — to what extent are its themes specifically local?
When I started writing I expected the stories to be more specifically local but as the play developed it became clear that while the setting is very particular and local, the themes are universal.

How did you research the play?
I’ve become very good friends with the Australian War Memorial Website, I’ve spent a lot of time reading newspapers from the day, I’ve read a lot of histories of First and Second World Wars, Korea, Vietnam and Timor.

I have been very lucky that a number of families have lent me letters home from soldiers and I have lost myself in these people’s lives.

But mostly I’ve spoken to lots of people. For me and for this play it is family histories that are most important. The play is about our family identity and national identity. The way people remember, the way they tell their ancestors’ stories is extremely helpful. And most interesting is where our family mythology sometimes deviates from actual history (just like our national mythology).

Which stories uncovered during the course of your research most affected you?
The minutiae is often the most interesting, such as letters home that discuss the food and weather or small anecdotes. What has struck me most is the sacrifices that were made. I thought I understood the ‘ultimate sacrifice’ that the fallen made, but to read letters and diaries from their families was very emotionally affecting. I had also never properly considered the other sacrifices — being away from lives, careers, farms, businesses, family for so long.

What were some of the challenges involved in writing a play inspired by historical events?
Honouring the stories I’ve been told. Trying to get historical detail right.

What’s your best tip for people interested in writing a history-inspired play of their own?
Read a lot but then get started — don’t get bogged down in research.

We That Are Left will play at the University of Southern Queensland Artsworx Art Theatre in Toowoomba from 25 to 29 April 2015. Visit the Artsworx website here.

To read more about World War I and its legacies, pick up issue 27 of Inside History today.