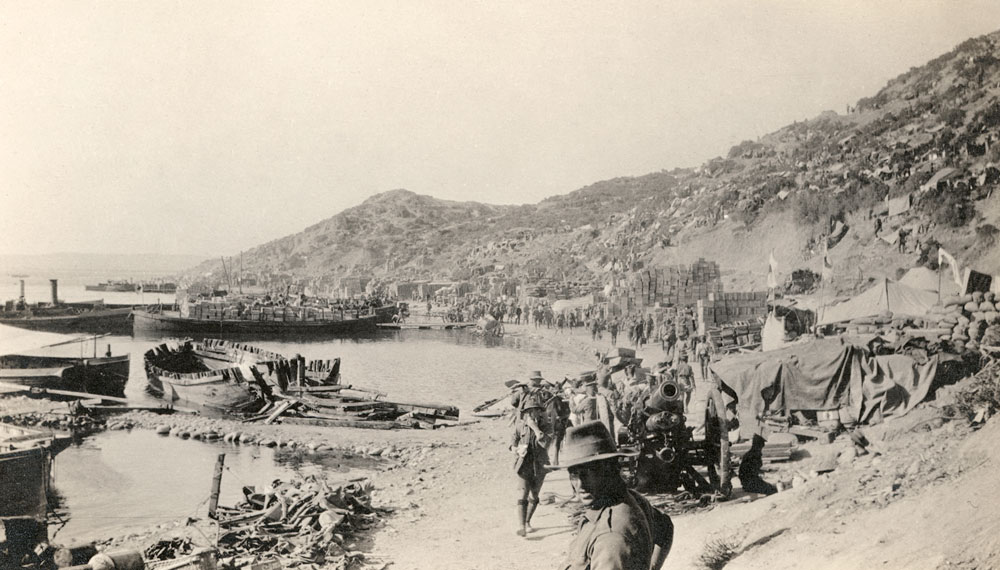 As we commemorate the 100th anniversary of the Gallipoli landing today, it’s important to remember the losses and hardships faced by not only the Anzacs and their fellow Allied soldiers – but also their former enemies, the Ottoman Turkish defenders. Did Turkish soldiers keep wartime diaries? And what did they record? Professor Mesut Uyar, from the University of New South Wales, surveys the evidence.

‘The [Gallipoli] landing had left its train of unsolved questions,’ wrote Australia’s official war correspondent and historian Charles Bean. He concluded that ‘obviously the answers to some of these questions we could get only from the Turks, when, and if, they should ever supply us with them.’

Ever-increasing numbers of books about various aspects of the campaign are published every year in Australia and Turkey. On both sides, there is a growing interest in understanding ‘the other side of the hill’.

However, stereotypes, common mistakes and leftovers of wartime propaganda still obscure the real picture of the Ottoman army.

One entrenched stereotype about Ottoman officers and soldiers is that they were brave, good, but illiterate fighters. Certainly a large percentage of Ottoman recruits were illiterate — but what about the officer corps? Were they also not literate enough to keep diaries or write some sort of personal narratives? If so, how can we explain the presence of more than 300 published personal war narratives of World War I on the Turkish side — of which 32 directly relate to Gallipoli?

Before the First World War, the Ottoman officer corps underwent a military intellectual revolution following the humiliating defeats suffered in the Balkan Wars of 1912–13. These defeats induced a collective depression among the officer corps, forcing them to openly discuss their concerns about the fate of the empire and, most importantly, the apparent weakness of the army.

Ottoman military authorities encouraged its personnel to record their combat experience: various handbooks advised officers to keep small journals in their pockets and take notes of important events and orders. Most officers took this advice quite literally, also writing down their feelings. Their main motivation reflected fear of a repetition of the court-martials that had followed the Balkan Wars.

Another important source of personal war narratives was reserve officers. In writing these personal accounts, their motives were very similar to their Western counterparts: they wanted to record the novelty of wartime life or ‘the truth’, to inform the public, to keep the memory of fallen friends and soldiers, and to stay busy and sane under severe psychological and physical pressures.

The Gallipoli campaign is well covered by such writings. A significant percentage of the Ottoman army (17 out of 40 numbered divisions) and its officers served in the Gallipoli campaign. Facing danger and hardship every day, their shared experiences in the trenches created a special brotherhood. Being a veteran of Gallipoli became a clear distinction, endowing prestige.

Most veteran divisions of the Gallipoli campaign eventually ended up either on the Palestine-Syria or the Caucasus fronts, where many perished during a series of disastrous battles. Most of their personal papers were destroyed or captured. However it is still possible to find some remnants.

For example, Şefik Aker, the famous commander of the 27th Infantry Regiment, was given the duty of writing the account of initial Ottoman defence against the Anzac landing. He not only made use of his personal notes and archival documents but also asked for help from former subordinates.

Read Şefik Aker’s fascinating account of the Gallipoli campaign, plus much more, in the March-April issue of Inside History magaine. Follow this link to our online store to order a copy.