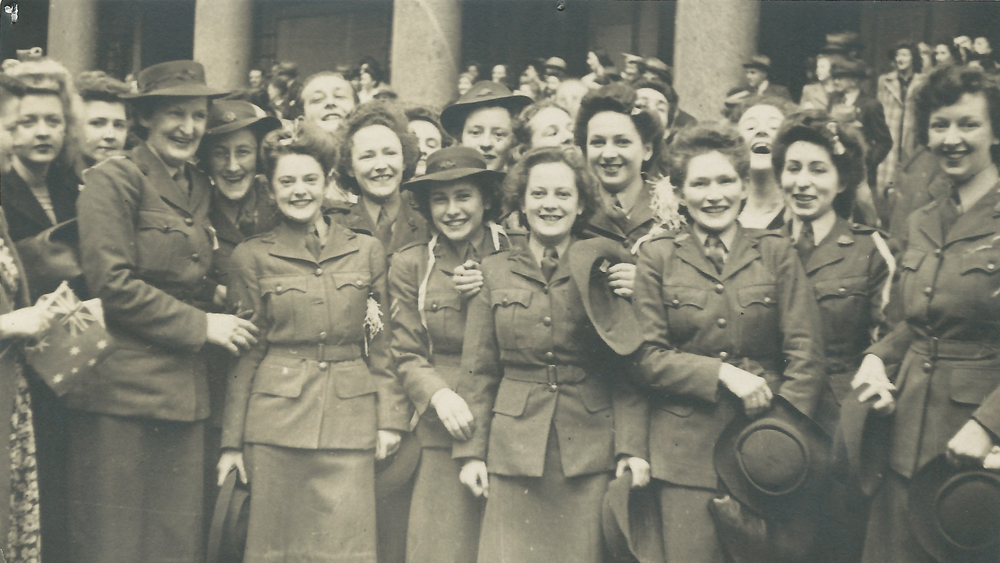 From intelligence to administration, convoy work to chemical warfare, the Australian Women’s Army Service (AWAS) played a ground-breaking role in the Second World War. In this excerpt from our May-June 2016 issue, author Ann Howard shares some gripping stories of the AWAS from her book, You’ll Be Sorry!

My mother told me of her wartime in London as a member of the Women’s Auxiliary Air Force (WAAF) with enthusiasm. She only left the services because she was pregnant with me. It was a very special time in her life as my father had never allowed her to work outside our home.

It came to me that I should collect the precious stories of the Australian Women’s Army Service (AWAS) and dedicate a book to my lovely mother, sadly killed in a road accident years before.

Some were attached to chemical warfare experimental units, some were administrators, others fixed marine engines. They were interpreters or entertainers. Some repaired bomb-blasted tanks from the Middle East, or were experts in first aid. Some worked in waterfront workshops, some with the Australian Mechanical Engineers, some with the broadcasting unit, others with the photographic units.

Women had tried to enter the services for years without success. It was generally assumed they couldn’t keep a secret, for instance. The women I interviewed were still very careful about what they divulged, all these years later. During the war, many women were put in the position of proving they could keep mum.

“My greatest fear was the snakes”: Lorna Bates’ story
“I enlisted in 1942, following postings in radar, artillery and chemical warfare,” Lorna Bates says. “As well, I worked with a group that did top secret work below the Royal Botanical Gardens in Sydney.

“We worked with the WAAAF under the Mitchell Library, entering the Conservatorium and walking along what was later the Circular Quay railway tracks. It was the nerve centre of Sydney’s defence and most secret. My experience culminated in my being sent in 1945 to 1 BAD (Base Ammunition Depot). The officer orderly tried to change the name to 1 BOD (Base Ordnance Depot), but 1 BAD it remained. BAD was part of BOD. This ammo dump was away from everything, owing to the danger of fire, explosions and snoopers.”

“There were quarters for Italian POWs, who mostly seemed happy to be in Australia. Thirteen AWAS and their sergeant had already been posted there when I arrived. We all took our jobs very seriously.”

“Some of the ammo had been dumped in the island swamps when the Japanese appeared to be winning, and pulled out at a later date. Some was rusty. It was amazing that it had not blown up. The climate was extremely hot, with flies and mosquitoes continually pestering us. My greatest fear was the snakes that slithered between the stacks of ammo.”

“As the war turned in our favour, we were kept busy dispatching and receiving supplies. One day, horror of horrors, the grass caught fire! An electrician working up a power pole broke all records sliding down. I ordered some POWs to get the fire hoses going. They shook their heads, pointing to their badges and quoting the Geneva Convention. Usually I spoke very quietly to them, but this was not one of those occasions! They jumped at my best army voice and the danger passed.”

After the war
When peace was declared in 1945, these women returned full of confidence with plans for their futures, but they were not wanted in the workforce. Many were required to care for returning servicemen in the confines of the home. Some of their stories were horrendous; coping with a traumatised, sometimes violent partner, without good advice or support.

As they reared their children and tried to keep their families together, they missed the companionship of the other girls and the self esteem that comes from being valued for your talents. They had made a significant contribution to the war effort, many telling me it was the best time in their lives.

Read more about the AWAS – and personal stories of the women who served – in the May-June 2016 issue of Inside History.