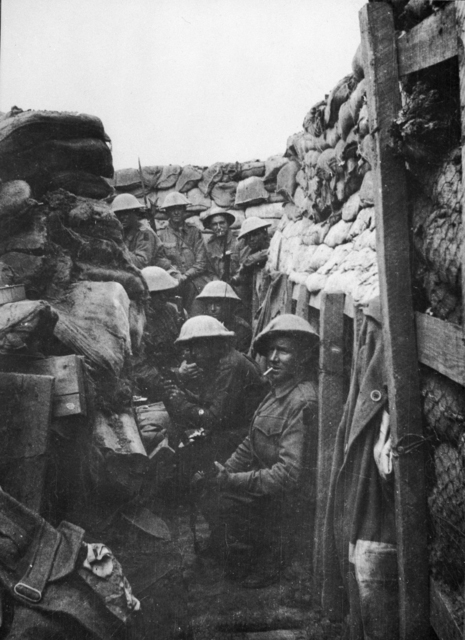 One hundred years ago today, the Battle of Fromelles began – the first major battle fought by Australian troops on the Western Front. With 5,533 casualties in one night, it was the worst 24 hours in Australia’s military history. In this preview of our guide to retracing the Anzacs’ footsteps in the Somme, from our Winter 2016 edition, Matt Smith, from the Australian War Graves Photographic Archive, looks at the tragedy of Fromelles.

In 11 November 1918, Charles Bean stood on the battlefield of Fromelles: ‘We found the old no man’s land simply full of our dead.’ These men had died assaulting the German lines, and their remains lay in no man’s land for almost three years.

On 19 July 1916, the troops of the 5th Australian and 61st British Divisions attacked a strong German position, at the centre of which stood the Sugar Loaf salient, near the small French village of Fromelles.

The overnight assault — the first major battle fought by Australian troops on the Western Front — was mainly intended as a diversion to draw German troops away from the Somme offensive approximately 90 kilometres farther south.

The lead-up to the battle was drawn out and the Germans knew the advance was imminent. At 5pm on the evening of 19 July, the Australian 5th Division left their trenches in full daylight to attack the German lines. The men had only just arrived in France with the newly formed Division. As was common with the formation of new divisions, there was a core of men who were Gallipoli veterans, strategically placed to form the backbone of the unit and assist the new volunteers.

The attack faltered from the very beginning and, as was common with ill-planned, full frontal attacks, it ultimately failed. Losses were enormous. The 5th Australian Division suffered 5,533 casualties, including more than 1,200 dead. The 61st British Division suffered 1,547. The bodies of these men were recovered after the war and 410 now lie buried in VC Corner Australian Cemetery Memorial.

In his book Don’t Forget Me, Cobber: The Battle Of Fromelles, Robin S Corfield tells the story of Victorian farmer, Sergeant Simon Fraser, who was one of the 5th Division troops who were not in the initial “hop over” on 19 July, but were present throughout the battle of Fromelles.

In a letter home dated 31 July 1916, Fraser tells of the battle, its preparations and its aftermath: ‘I have been through the mill and came out without a mark.’

When the battle was over, Fraser and others began the dangerous and difficult task of retrieving the wounded from no man’s land. Over the next three days, the men made missions to no man’s land, looking and listening for those still alive. It was during one of these missions that Fraser recalled a man calling out to him, “Don’t forget me, cobber!”

Sergeant Fraser never returned home from the war. He was killed at the second battle of Bullecourt on 12 May 1917, aged 40. Ironically, after rescuing so many wounded men, and ensuring that despite their condition they were not lost to memory, Sergeant Fraser’s body was never found. He is commemorated on the Villers-Bretonneux Memorial to the Missing in France with 11,000 other ‘missing’ Australians.

This unassuming French village was also the scene of the discovery of a mass grave near the local Pheasant Wood containing 250 Australian soldiers lost during the battle. These men were found by retired Victorian teacher Lambis Englezos in 2009, and then exhumed and re-buried in the first war cemetery to be built in 50 years. The area of the mass grave should be visited followed by a pause for reflection in the cemetery.

Read the full story of this essential guide to visiting the Western Front battlefields today – and retracing the Anzacs’ footsteps – in the Winter 2016 edition of Inside History magazine.