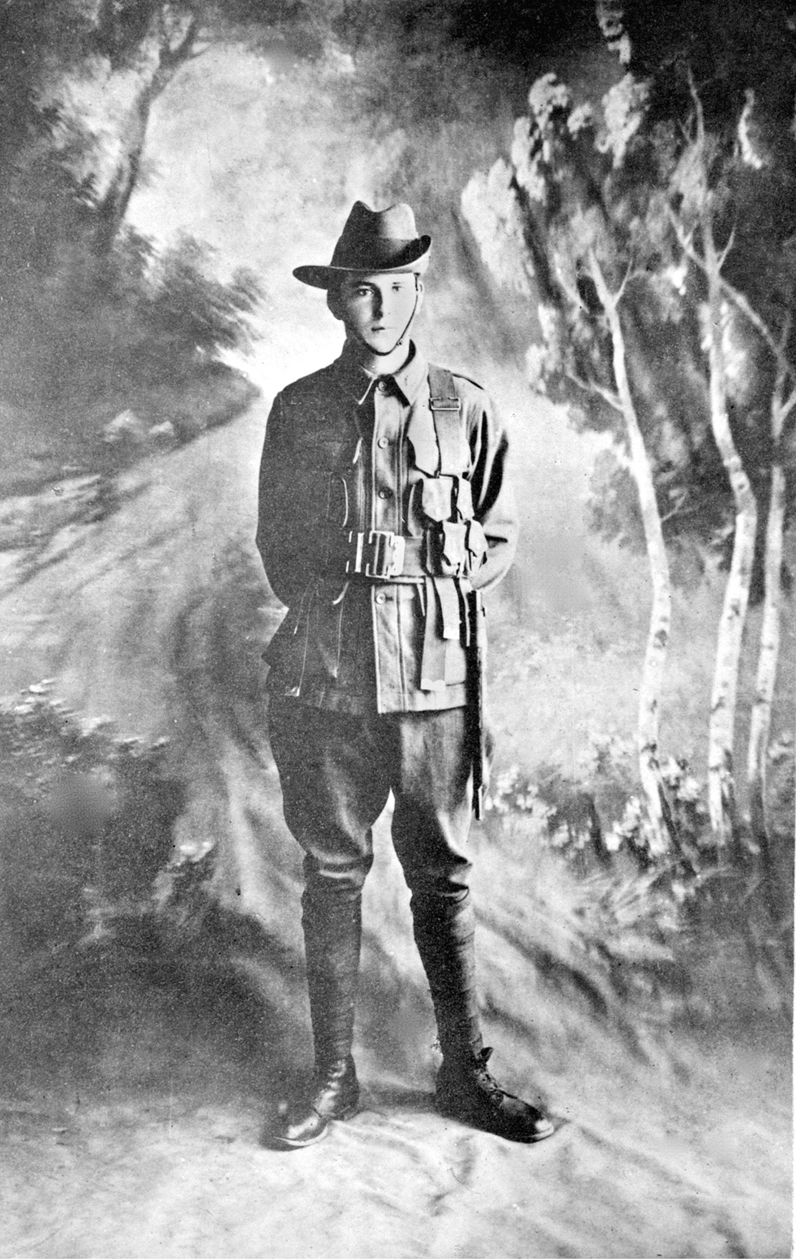 During World War I, some eminent returning servicemen were put to work as recruitment campaigners around Australia. In this excerpt from the Spring 2016 edition of Inside History, teacher and Rhys Cooper, University of Melbourne, looks at Victoria Cross winner Private William Jackson’s interesting experiences on the recruitment trail back at home.

Search the National Archives’ online database for Private William Jackson and you will find the service files of one of Australia’s greatest and youngest war heroes.

Jackson was 17 when he lied about his age and enlisted with the Australian Imperial Force at the outbreak of the First World War. He fought at Gallipoli and earned a Victoria Cross for his actions on the Western Front. In France he was terribly wounded, losing an arm while rescuing a comrade.

Yet Jackson’s service files do not offer the whole story of his wartime experience. He, like other Victoria Cross recipients, became a spokesman for the war effort. From the moment he returned to Australian shores, he became a figure of admiration and influence.

As such, Jackson was an ideal candidate for propaganda. The young private became part of a recruitment drive that toured regional New South Wales throughout the later years of the war. His mere presence, it was frequently reported, inspired other men to enlist.

Jackson’s is a story that is not often told in the histories of Victoria Cross recipients. Yet there were others like him who toured the country with the explicit aim of spreading the government’s messages: the need for recruits and conscription.

Jackson arrived in Sydney in July 1917, and so became one of the first Australian Victoria Cross recipients of the war to return home. He was immediately greeted as a hero by the nation’s newspapers. Crowds frequently gathered to cheer him. In Sydney he briefly and shyly addressed a large gathering before taking a train back to his home in Hay.

At each station on the journey he was met by more cheering crowds. At one train stop, Jackson was invited to tea  with the town mayor, and the people of Narrandera raised 15 pounds as a gift for the soldier.

Such receptions were keenly reported in newspapers around Australia. Songs and poems lauding the young soldier were also enthusiastically, if not always skilfully, written and published. An anonymous Maitland woman’s poem was printed in newspapers across the nation:

I envy you the title
You write behind your name;
I envy you the knowledge
That you have played the game,
The glorious name of Anzac
Would be enough for me,
But you have added to it
Jackson, Anzac, V.C.

In an effort to capitalise on Jackson’s popularity, the State Recruiting Committee of New South Wales organised for the young soldier to tour the state and promote enlistments. Jackson was soon visiting hundreds of towns throughout New South Wales. Newspapers reported that he was met by cheers and standing ovations wherever he visited, and was said to hold his “audience gripped in admiration”. His presence and deeds, it was hoped by the state government, would encourage more eligible fighting men to enlist.

While in the earlier years of war there had been general enthusiasm for voluntary service, enlistments had dropped significantly by 1917. Roughly 300,000 Australians had joined the forces in 1915 and 1916, but by the end of 1917, just 45,000 Australians had volunteered to serve. This drop in figures was likely due to Australia’s dwindling reserves of men.

Histories of Jackson have neglected his appointment as a recruiting official, and his recruitment tours of 1917 and 1918. There is not much official information about Jackson’s role. Yet there are hundreds of newspaper articles that can be accessed online via Trove, which detail many of the stops Jackson made during his tour. It seems that Jackson spent at least 15 months as a figurehead of recruitment tours.

Jackson was an unusual recruitment campaigner because he was not a naturally gifted orator. When he first entered Australia, a large crowd had gathered to hear him talk at Sydney’s Martin Place. Initially Jackson refused to speak, but once goaded by the throng, offered a few quiet words about his time on the front lines. The Sydney Morning Herald reported that Jackson ‘is a man of deeds, not words… as a soldier he has won his spurs; as a speaker he is a failure’. Jackson himself was quoted as saying that he would rather go back to the front lines “than face an audience.”

Read the full story of Private William Jackson’s distinguished war record – including the heroism for which he won the Victoria Cross on the Western Front – in the Spring 2016 edition of Inside History.