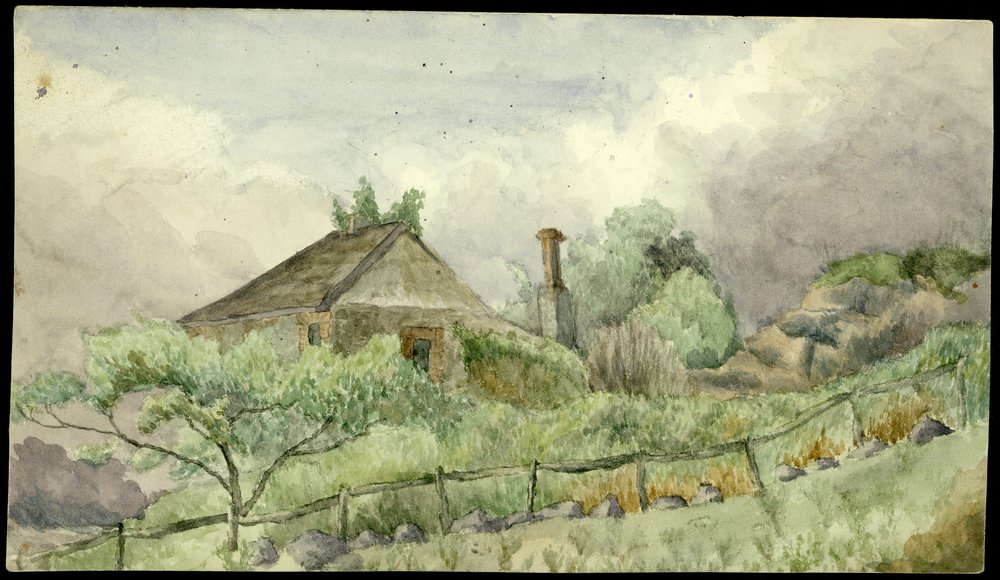 Frederick Yates, carpenter, was the first resident of Marian Guthrie’s house. Who was yours?

I recently moved house. On the day before I left my previous home I popped into my neighbours to say goodbye. As we were chatting they casually mentioned that my house was the first in the street. All I knew was that it had been built in 1916. I felt a pang of regret. What stories could I have discovered?

I was determined then, that with my new house — a similar era to my previous one — I would uncover its stories. Who were the original owners of the land on which it stands? When was it built and by whom? How many previous occupants have called it home? Did they leave their mark and if so, what?

Of a time when house names, not numbers identified them, the first thing I was keen to learn was its name.  With the help of the Local Studies Librarian at my local library, I discovered its name — ‘Barwon’ — but in the process, I found out so much more.

I learnt that my house was built in 1921 and by 1951 it was called ‘Ednaville’. I knew that its first owner and resident was Frederick Yates, a carpenter, and that its next owner, Robert Dixon, was a tram driver. By 1962 Salvatore Rotondo lived there, and he left his mark by way of aluminium-framed windows and pebblecrete paths. Most of Barwon’s original features are gone, including a chimney. But my house is more than just the fabric from which it is made; the people who lived in Barwon form part of its fabric too. I’d like to learn more about her previous owners and occupants but even knowing just this much, I have connected with Barwon in a way I otherwise wouldn’t have.

House histories are important because they tell us about the fabric of a suburb, how it developed and the people. . .  A house doesn’t need to be heritage listed [to be worth researching]; from the humblest cottage to a grand house, house histories are significant.

How do you trace a house history?

Before I investigated my house history, I had no concept of where to begin and was amazed by my Local Studies Librarian’s wealth of knowledge as she steered me to uncovering Barwon’s past.

How can a local studies librarian assist people in tracing their house history?

Each local government area has different surviving records, for example, rate books, and so this will impact the assistance a librarian can give. Some records, such as Land Titles and Sands Directories are digitised, whereas the Local Council may hold others, for example, building application registers. Also consider the records held in your state’s Archives.

My top tips for researching a house history are to examine the Land Title records, and make a chronology of the buying and selling of the land. Other sources to examine include:

When researching, you might find conflicting records, so then it’s important to consider the relative value of each one. Sometimes too, house numbers change so it’s crucial to have the correct Lot and Deposited Plan number.

What are the most common questions people ask?

House names give a house personality and can signify many different things: the name of a ship that carried men to war; where people came from; as a form of memorial, for example “Gallipoli”; or a combination of given names, such as “Wilma” — the combination of William and Mary. However, it’s important to note that councils don’t keep an official register of house names, but these can be found in many cases on land valuations, sewerage diagrams and electoral rolls, although in some instances they remain elusive. Another question I am often asked is whether a house was built on a cemetery.

Whether a house is grand or small, why are house histories important?

House histories are important because they tell us about the fabric of a suburb, how it developed and the people. It’s not just about the age, materials and architecture of a house. Knowing the stories of the people who lived in and/or owned a house is important, owners and tenants alike. A house doesn’t need to be heritage listed [to be worth researching], from the humblest cottage to a grand house, house histories are significant.