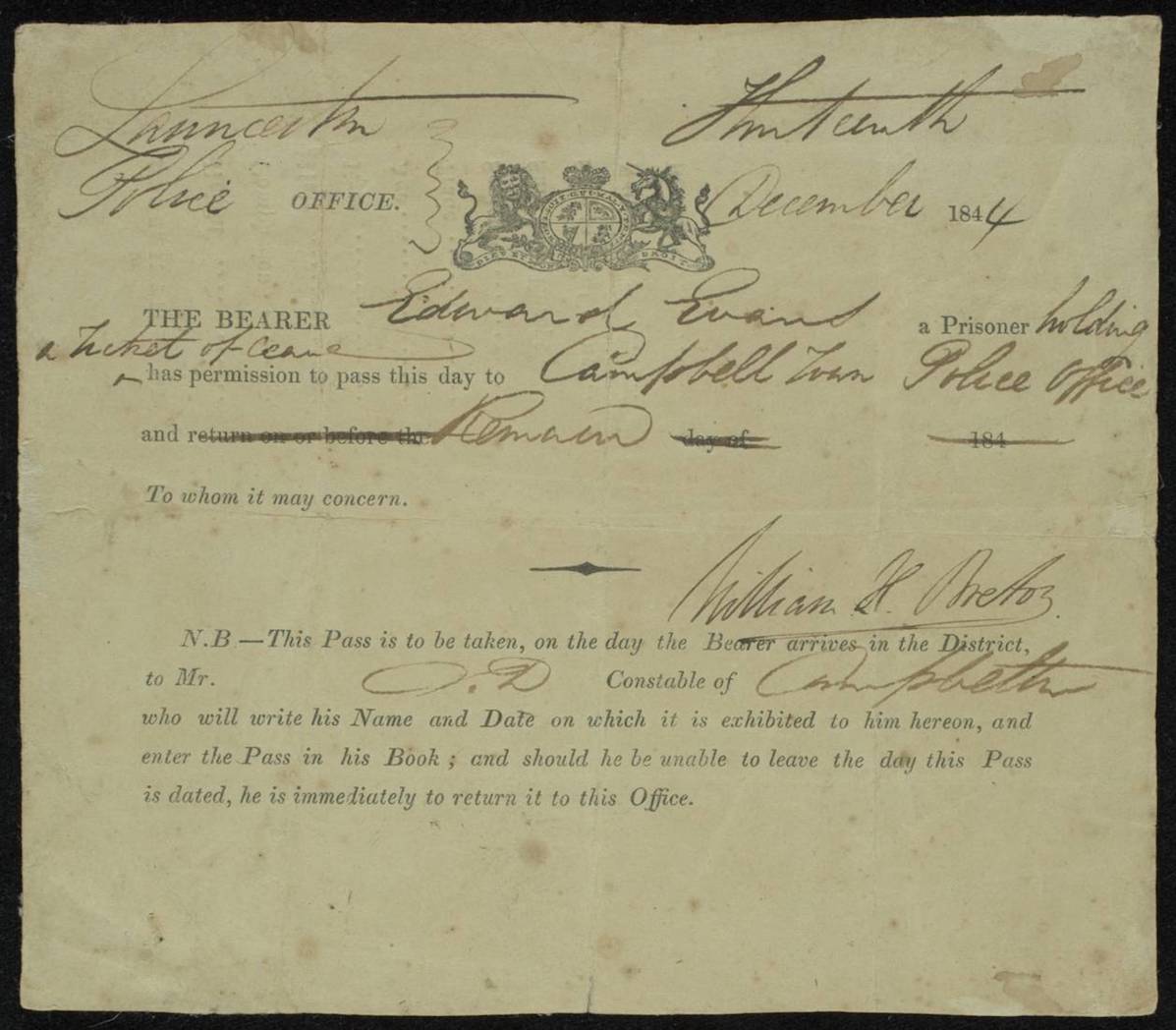 Between the years of 1788 and 1868, more than 160,000 convicts were transported from Britain to Australia aboard 825 ships. With so many people sent to Australian shores over the course of 80 years, it can be a daunting task trying to locate your ancestor among the masses. In edition 13 of Traces, we provide some tips on finding your convict ancestor.

If you have an inkling that your ancestor may have been a convict, the first step in your research should be to clarify that they were actually sent to Australia as a convict, and that they didn’t arrive at the colonies for some other reason. This can be done a number of ways, including by locating their name on a convict muster.

Once you have confirmed that your ancestor did, in fact, arrive in Australia as a transported convict, the next step is to confirm as much information as possible about their arrival. Useful information to have includes the date of their arrival, the ship that they were transported on and which colony they arrived at. A great resource for finding this information is the Convict Indents that are available on Ancestry.com.

Convicts’ sentences generally lasted seven to 14 years; however, some more serious crimes resulted in life sentences. Many convicts weren’t required to serve their full term, and with good conduct they could apply to be released as a convict under either a Ticket of Leave, a Certificate of Freedom, a Conditional Pardon or an Absolute Pardon.

Today, there are digitised online records of Tickets of Leave, Certificates of Freedom and pardons. These can be fantastic resources to determine whether your convict ancestor served their full sentence, or what year they may have been pardoned. The National Library of Australia and state libraries house great resources for this kind of research.