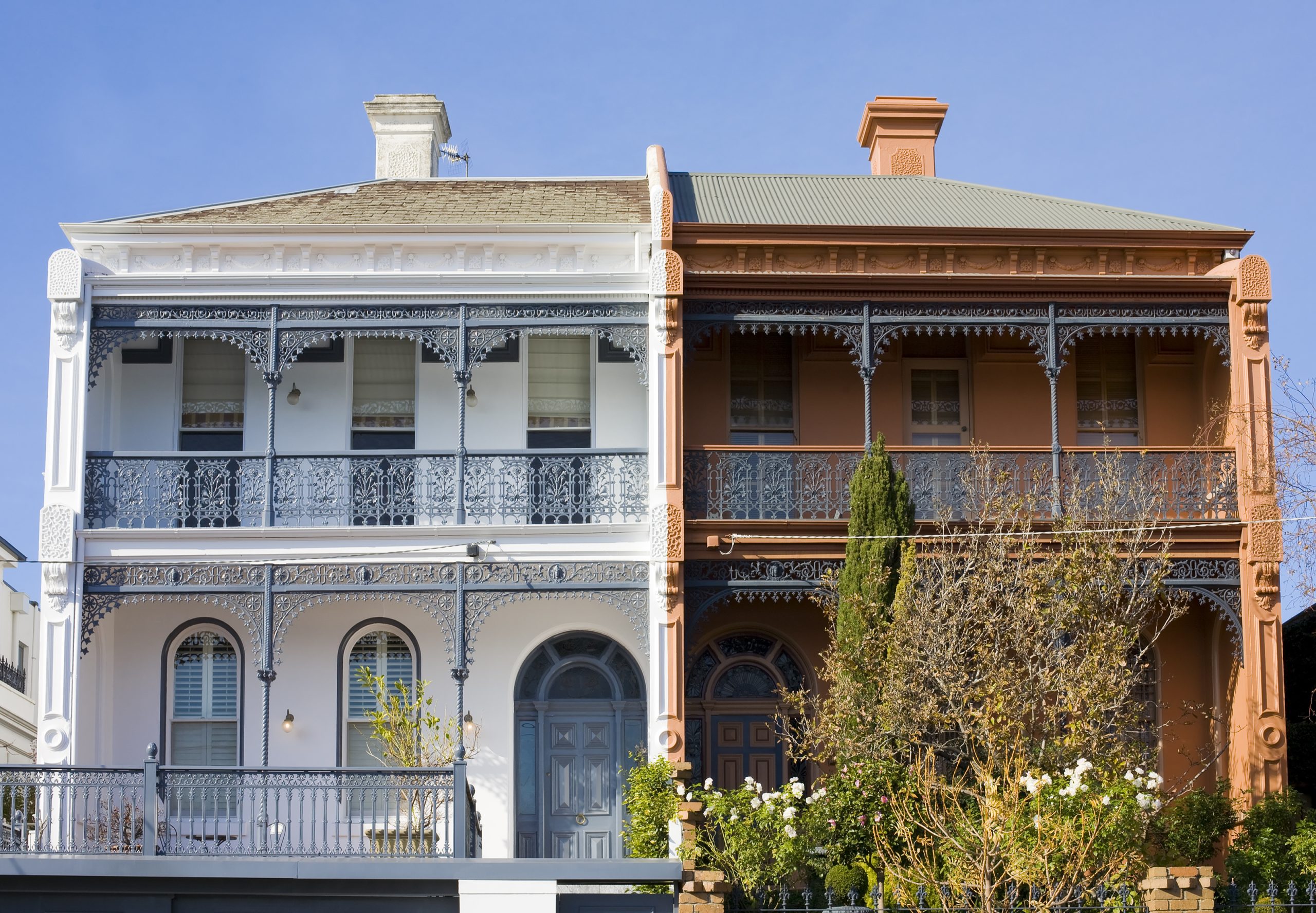 There are quite a few indicators of the period of a building. In Australia, Georgian, Victorian, Federation/Edwardian and Inter-war houses can be differentiated by their facades, roof-lines, windows, building materials, veranda designs, timber joinery and so on.

Some buildings have features of the preceding or following period, as there was often a gradual transition from, say, the Victorian to Edwardian/Federation style.

An example is the roof: Victorian houses had slate or iron roofs, whereas Edwardian/Federation houses usually had terracotta tiles or corrugated iron – but slate roofs can also be seen in the later period.

Similarly, Georgian and early Victorian houses tended to have a symmetrical facade, often with a veranda across the whole front. Later Victorian houses often had only a partial veranda, perhaps with a return down one side. Federation/Edwardian houses were nearly always asymmetrical.

Talking of roofs and facades, Edwardian/Federation houses usually had open gable ends (a vertical wall forming a triangle under the roofline), where Victorian roofs were hipped (all sides of the roof slope downwards to the walls).