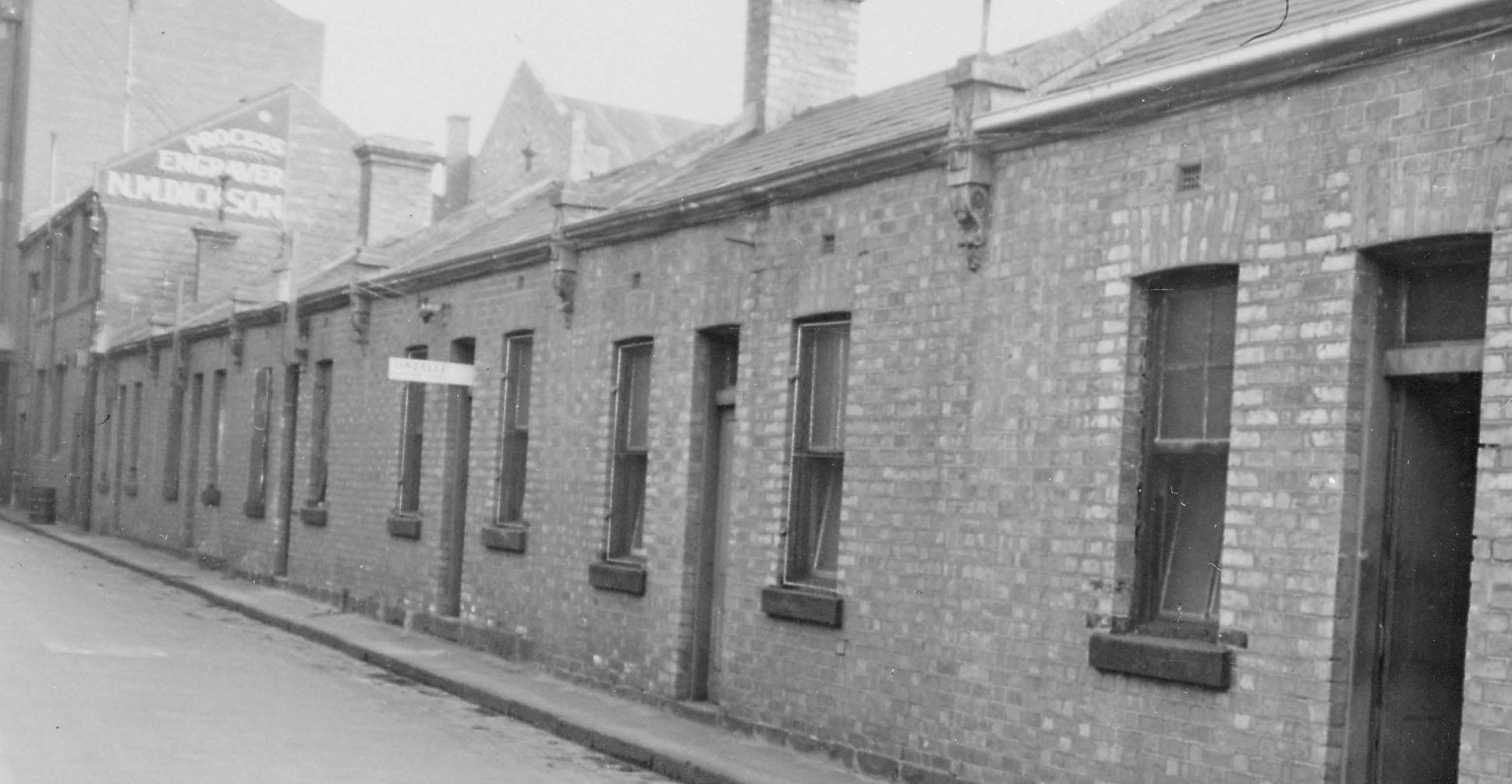 Right from the start, Little Lon was considered a place that respectable people should avoid.

The stereotype was that the residents were all miscreants, scratching out crude livings in brothels, opium dens and sly grog houses. But six large-scale archaeological excavations over the past 30 years – including two in 2017 – have revealed through touchingly intimate everyday objects the complexity of life for those who once resided here, rewriting the legacy of Little Lon and its inhabitants.

Stanley James, otherwise known as ‘The Vagabond’, wrote about Little Lon in The Argus on 26 May 1878. Single women, who he described as ‘low, degraded, brutal looking’, loitered in the streets: ‘The habitations are mostly of a kind: one-storeyed hovels, low, dilapidated and dirty. The surroundings are filth and garbage’. Other contemporary accounts claim that all the men were criminals, and all the women prostitutes.

Little Lon’s notoriety continued into the 20th century, to the detriment of its residents – in 1918, police claimed that Hilda Norman, ‘a plump young girl’ at 13 Casselden Place, was seen standing out the front ‘with her hair down’. Hilda was detained for this ‘crime’, but was released on the promise that she would relocate to Sydney.

While Australian writers and journalists apparently took great pleasure in describing, in intimate detail, the depraved state of Little Lon, few thoughts were ever spared for the predicament of its residents, trapped by poverty, disability, alcoholism or circumstance, who were simply making the best of a hard life in the slums.

improve areas through demolition and occupant relocation. Civic improvements saw the street level raised and paved, but these improvements did not extend to Little Lon, whose residents were left in their old rented homes, which were now in a depression (literal and figurative!) that quickly filled with water and waste. Nevertheless, by the 1930s, The Age proclaimed that Little Lon, once ‘the heart of slumdom’, was now a respectable city district.

Little Lon’s residents have long since moved on; and the cottages and laneways have been replaced by slick towers and office buildings. While the loss of such a colourful part of early Melbourne might seem a shame, each new development on the inner-city block has provided an opportunity for archaeological investigation. After six archaeological digs over the course of three decades, Little Lon has become one of the most thoroughly investigated urban archaeological sites in Australia.

Pictured: Casselden Place in the 1950s. Image courtesy of the State Library of Victoria