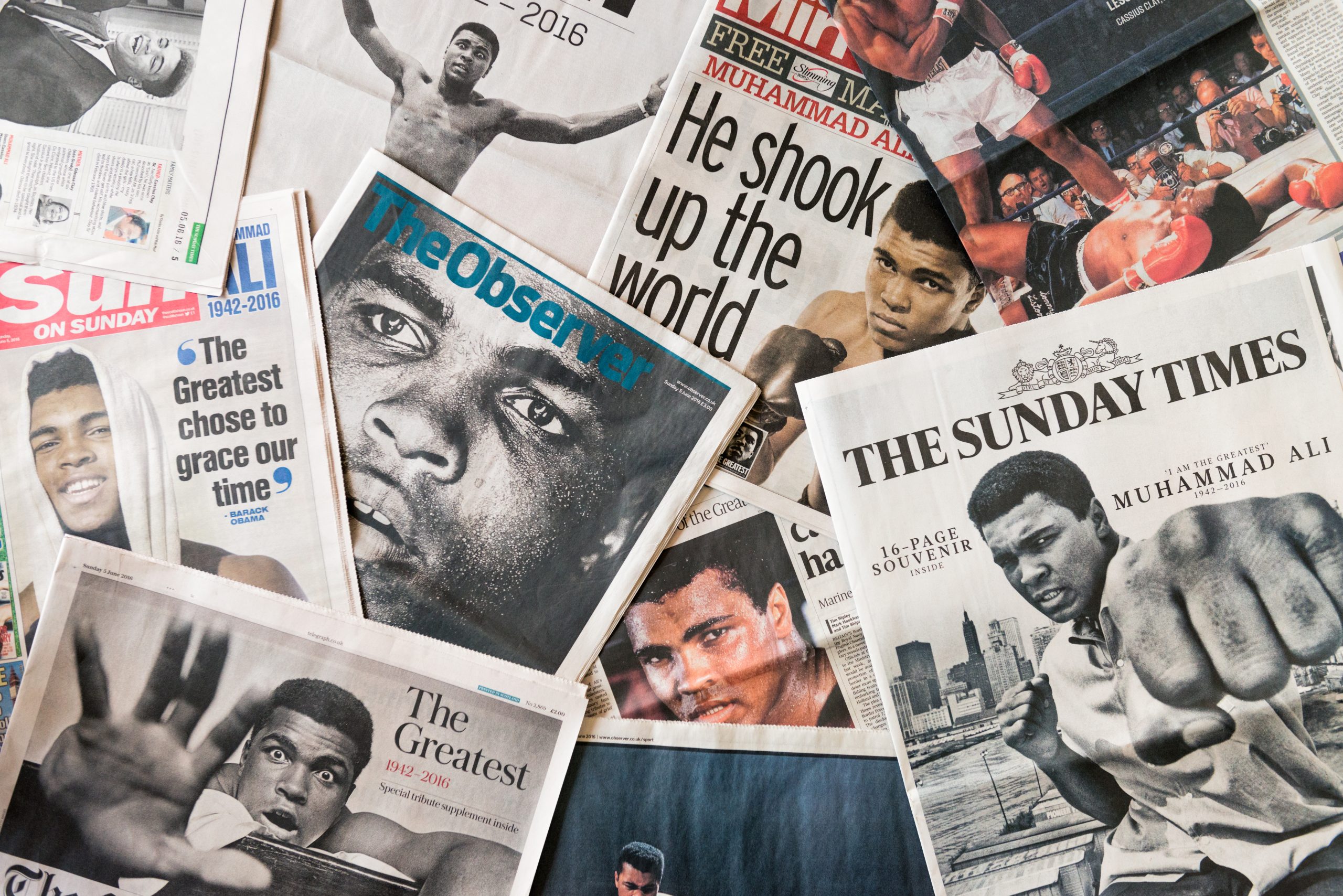 Fitzroy’s Blak history is peppered with memorable events, but a visit from Muhammad Ali must be one of its most startling.

In 1979, Muhammad Ali visited the Victorian Aboriginal Health Service on Gertrude Street. It was the same year he retired from boxing, and he was in Australia as a special guest at the Logies television awards in Melbourne.

A group of Aboriginal activists headed to the Hilton, where he was staying, and gave his team directions to the Victorian Aboriginal Heath Service. This organisation was set up in 1973, opposite the Builders Arms. It was a case of Aboriginal people treating their own, seeking health workers who understood their culture and community. It was a powerful set-up that helped empower the Aboriginal community by connecting them to valuable health services and other community members.

Word spread quickly and crowds gathered to see the famous boxer in action. He was an impressive figure, and one of the most famous black men in the world at the time. He was reportedly impressed with how the service ran, which was based off similar organisations in America. Standing outside of the Builders Arms, he spoke to the gathered crowds and said, ‘Let religion be your shopfront and your business at the back’.

He was there to meet Aboriginal people, and recognised their deep struggles as being different but parallel to those of black people in America. He was remembered as an imposing presence, well-spoken and charismatic. His recognition of the powerful community work was encouraging for everyone involved and boosted the Health Service’s profile.

Even though a crowd of people gathered to see him, his visit remains barely documented. Only a few newspaper reports and snippets remain as physical evidence of his visit. Even so, there is no doubt that Muhammad Ali’s visit left an indelible mark in locals’ memories and the area’s history.