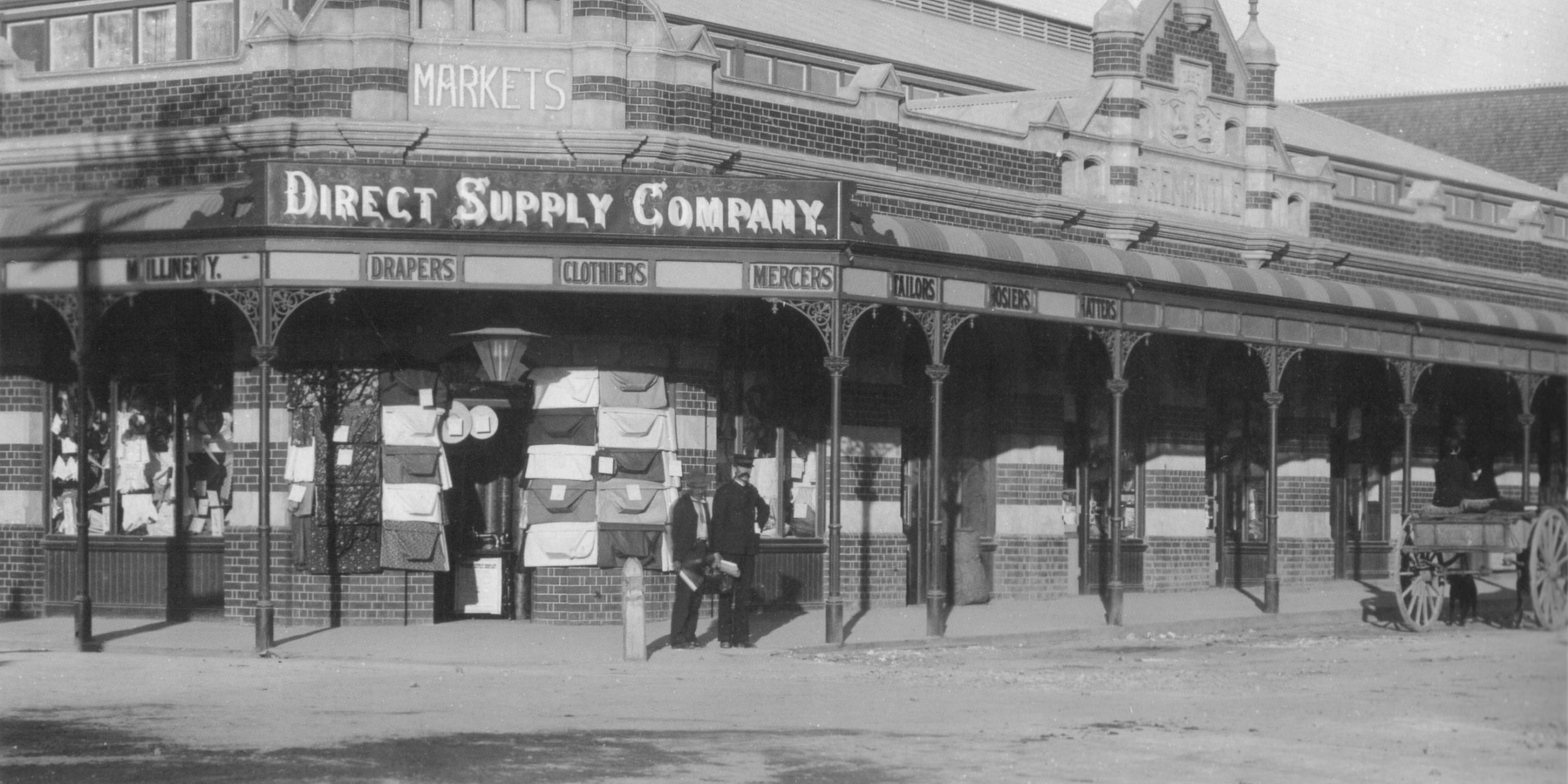 Built in 1897, Fremantle Markets has a rich history that has helped to make it one of the most-visited places in Western Australia.

Bound by South Terrace, William Street, Parry Street and Henderson Street Mall, Fremantle Markets is one of only two surviving municipal market buildings in Western Australia. It was designed in the Federation Romanesque style by architects Joseph Herbert Eales and Charles Oldham, who won a competition for the best market design. The pair later worked on many more high-profile building projects in Western Australia, including the Esplanade Hotel (1897), the Marmion Memorial (1902) and the Jewish synagogue on South Terrace (1902).

Fremantle Markets cost just more than £8000 to build and originally hosted 18 small businesses, such as tailors, grocers, fishmongers, butchers and confectioners. Lighting was provided by 2100 candles, as well as gas burners. Along with fresh produce, the market also hosted live poultry auctions every Thursday morning. Produce such as poultry, eggs, fruit and vegetables were sold to exporters and local restaurants, while grocers would arrive with horse and cart, load up with fresh produce and onsell them in residential communities. These customers were catered for with simple corrugated iron stables at the rear of the building and a water pump for their thirsty horses. In the 1940s, when motor vehicles had replaced horses as the main form of transportation, the stables fell into disuse and were demolished for a timber store.

The Caretaker’s Cottage still stands in the corner of the market between the Yard and Parry Street entrances, where the toilets and office are found today. The weatherboard cottage was built in 1911 and comprised four rooms – two bedrooms, a dining room and a kitchen. Its interior remains largely unchanged from its original condition, when the first caretaker, Alexander Urquhart, was responsible for the market’s upkeep. William Pearce Snr was appointed as caretaker in 1925, and was given free rent in return for sweeping and cleaning the market, and opening and closing the gates. Pearce and his family lived in the cottage for 18 years.

Fremantle Markets has attracted its fair share of colourful characters over the years, including a self-proclaimed Russian princess, who ran a market stall for more than 30 years selling leather purses. She was known to be mean to children, who were curious about her mysterious past and the finger that she kept bandaged for the whole 30 years. The princess disappeared one day to Hungary to visit her family and never returned.

There is also the story of the ghost under the floor. In the 1970s, market owner John Murdoch decided to nail down a hatch in the floorboards. Several days later, strange sounds could be heard underfoot and, given the market’s proximity to the eerie Fremantle Prison, people began to claim that a ghost had moved in. It turned out, however, that Murdoch had unintentionally boarded up a woman hiding in the sub-floor passageways.

Around this time, a thief on the run decided that the roof space of the market was an excellent place to hide out. It seems he was right as he wasn’t found for many days.

The market area also features two historic Warders’ Cottages, erected in 1858 in Henderson Street Mall, as homes for senior members of the Instructing Warders – those who supervised convicts – and their families. Today, these limestone and brick terraces represent some of the best examples of the state’s early convict buildings.