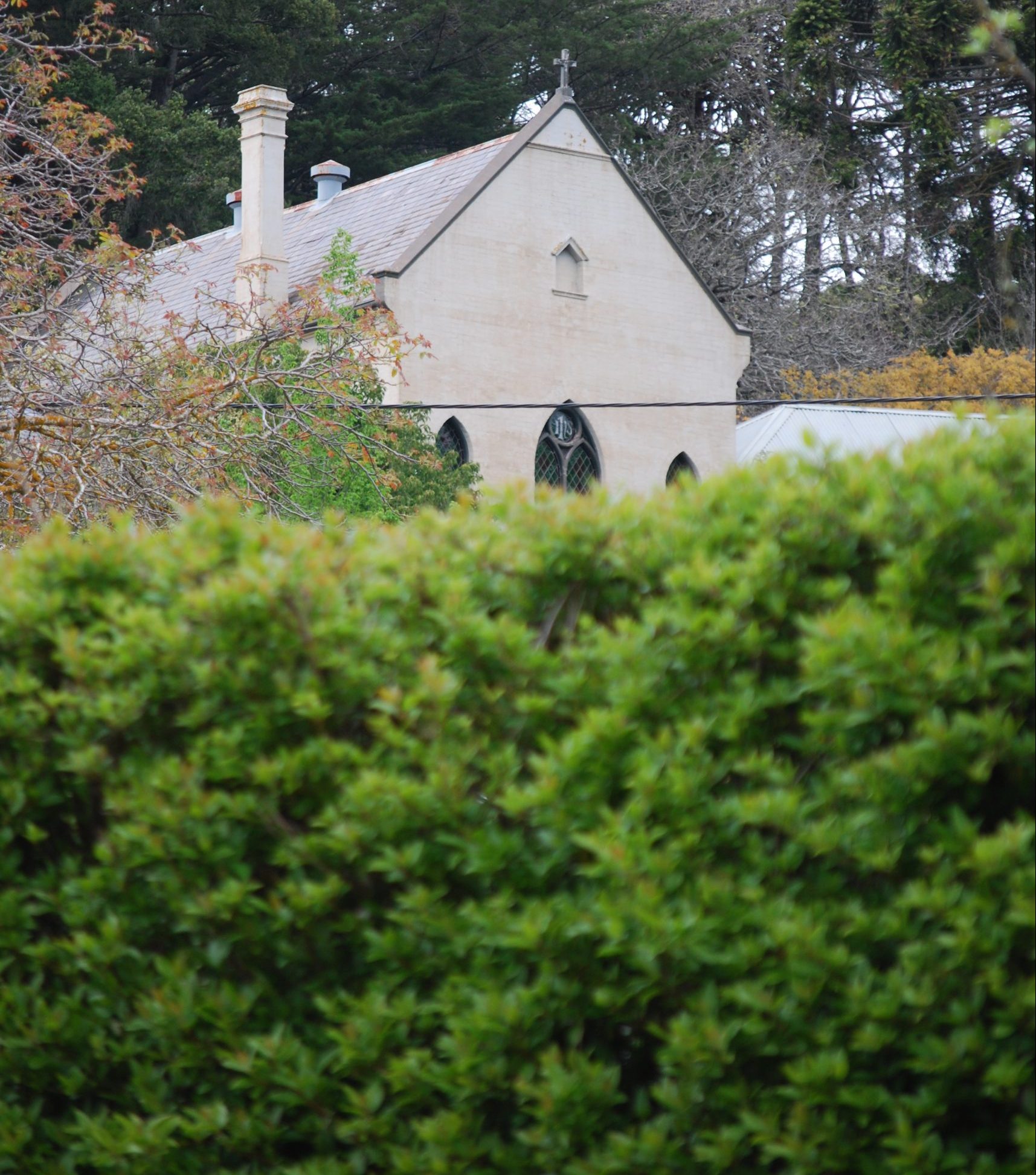 Home > Blog > Uncategorized > A brief history of the Daylesford Convent

Regional Victoria is home to many historical buildings and located in Daylesford’s Wombat Hill Botanical Gardens is The Convent, dating all the way back to the gold rush in the 1860s.

Exhibiting eight individual galleries, featuring a host of artists (local, national and international) every eight weeks, The Convent also homes a museum on the history of the building, a retail store, a Mediterranean style cafe, Altar bar, and a penthouse inspired by New York. With the original chapel restored, and two glass fronted architecturally designed function rooms for hire, The Convent is also now considered one of Australia’s top 10 wedding venues. Enriched with history, art and amazing scenic views, The Convent also has an interesting history that has seen it transform and change.

Built initially as a private residential lot, The Convent was the home to quite a few interesting people; including Mr J. Daly, the gold commissioner who lost his job after he allowed miners onto the police reserve, and Mr William Drummond, who died from an untreated snake bite, both of whom are listed as the original owner of the building. In 1981, after being deemed ‘too uncomfortable’ by the priests of Daylesford for a presbytery, The Convent was then transferred over to the Presentation sisters of Melbourne to use as a convent. The Presentation Sisters are a religious institute of Roman Catholic women. Their mission involves helping the poor and needy, and historically focusing on staffing schools to educate children, specifically girls.

The Holy Cross Convent, Daylesford opened officially on 17 March 1891.  The Archbishop Carr of Melbourne vision for the convent was for it to be a ‘source of light’ for the community of Daylesford. This vision came to life in 1892 when the Holy Cross Convent and Boarding School for Girls opened, and the building became suitable for boarders and nuns to reside in. As years went by the Convent saw many constructional expansions to the lot. In 1904 the nuns received permission to build a chapel, a respite from the difficult journey to St Peter’s Church for Mass. Further expansions were required in 1927, a north wing built for a parlour, dormitory and a music room. Unfortunately, not long after the Great Depression made itself known, and financial issues became a problem as students wrote on the poor quality of food and little heating available

The 1940s saw the seclusion and routine of the Convent impacted. The bombing of Darwin in World War II threatened the security and lives of many Australian families, a great population of those retreated to the countryside in search of isolation and security, and a great many Melbourne families sent their children to the safety of the Convent. Despite the war, the resilience of the Convent persisted, and they built a new playground for the children, as well as an additional science room. After the war, the Convent continued to expand and change with the years that progressed. So much so that in the 1960s, the sisters of the Convent were influenced by the social change occurring at the time and relaxed strict codes associated with their own and the students’ uniforms.

However, despite the magnificence of the Convent, financial difficulties were still an issue as the estate sat on six acres of land – and with the lack of good heating and the amount of upkeep for both the external grounds and interior of the building, it became too much for the sisters to handle. So, in 1970 it was decided more suitable accommodation would be found for the nuns. December 1973 saw the closure of the boarding school, proceeding this the Catholic Church requested that following the building would be used as a community centre for locals to share their talents and time in. The Presentation Sisters opened the classrooms to the community, operating the Convent as a community centre where classes like cake decorations and typing were held for the community. But as the building began to drain funds, the sisters moved to a new convent and continued to co-operate the community centre until 1986. The in 1988 the Convent was bought by local artist Tina Banitska, on 31 March 1991 the building re-opened as an art gallery and is now what we know it to be today.