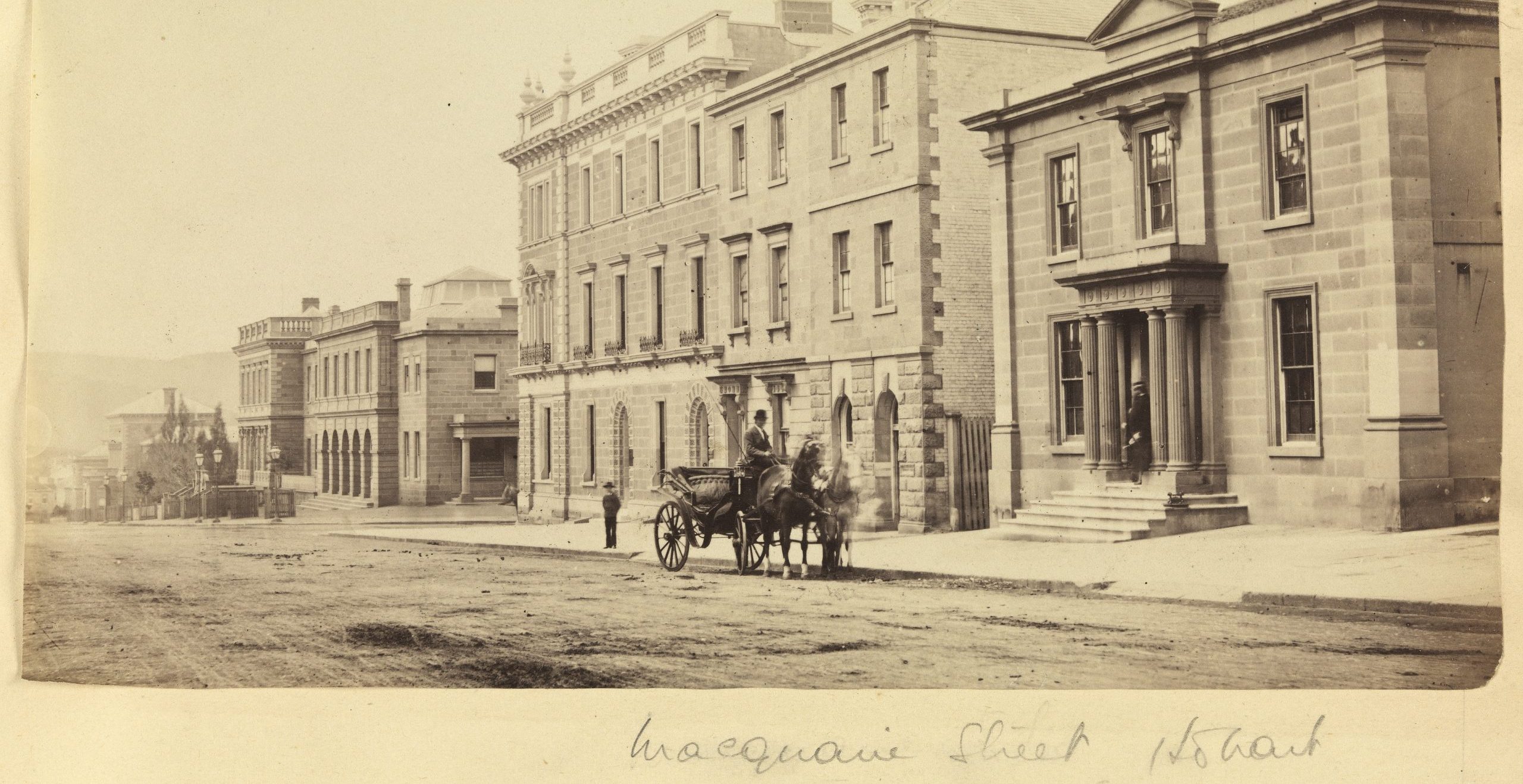 Hobart’s Tasmanian Club, on Macquarie Street, occupies one of the city’s many colonial architectural gems – a grand Georgian-style sandstone building once occupied by a bank.

Built in 1846 to a design by architect James Alexander Thomson, 132 Macquarie Street was first occupied by the Derwent Savings Bank, which was established by a group of Hobart citizens and officials. Under the direction of former Indian Army captain Charles Swanston, who was responsible for implementing the overdraft system into Australian Banking, the bank prospered and attracted overseas money in large sums.

The bank suffered during the depression of the early 1840s, which precipitated the first wave of bank failures ever seen in Australia. Six banks failed during this time, including the Derwent Savings Bank, which had begun offering mortgage finance to borrowers, and was only able to continue operation until 1849 by borrowing from other banks. When these other banks refused to continue lending, the Derwent Savings Bank was liquidated, and most outstanding notes and deposits were repaid within a few months.

The building’s next notable tenant was the Tasmanian Club in 1873. Established in 1861 by 70 Hobart gentlemen, the club was founded on the London club model, which elected and excluded candidates by ballot. The club offered its members fine dining, a library and reading room and an opportunity to socialise with other Hobart gentlemen. A billiard room, designed by leading architect Henry Hunter, was added that same year, providing a popular recreation option for club members.

The club house continued to be leased until it was put up for sale by auction in 1886 by the estate of the late John James. The club made a pre-auction bid of £4250 and won the sale. That same year, land at the rear of the club premises, which was occupied by the Barley Mow Hotel, was purchased and the two sites were combined.

The club then embarked on major extension works and added a large dining room and upstairs accommodation in 1889 and 1890. The club also purchased the Royal Tennis Court and building a new club house nearby. Expenditure on the new building and renovations to the old one amounted to £6792 pounds. A Grand Ball was held in August 1890 to celebrate.

Pictured is Macquarie Street, Hobart, in 1875, showing the building (right), which became the Tasmanian Club. Image courtesy of the Tasmanian Archives.