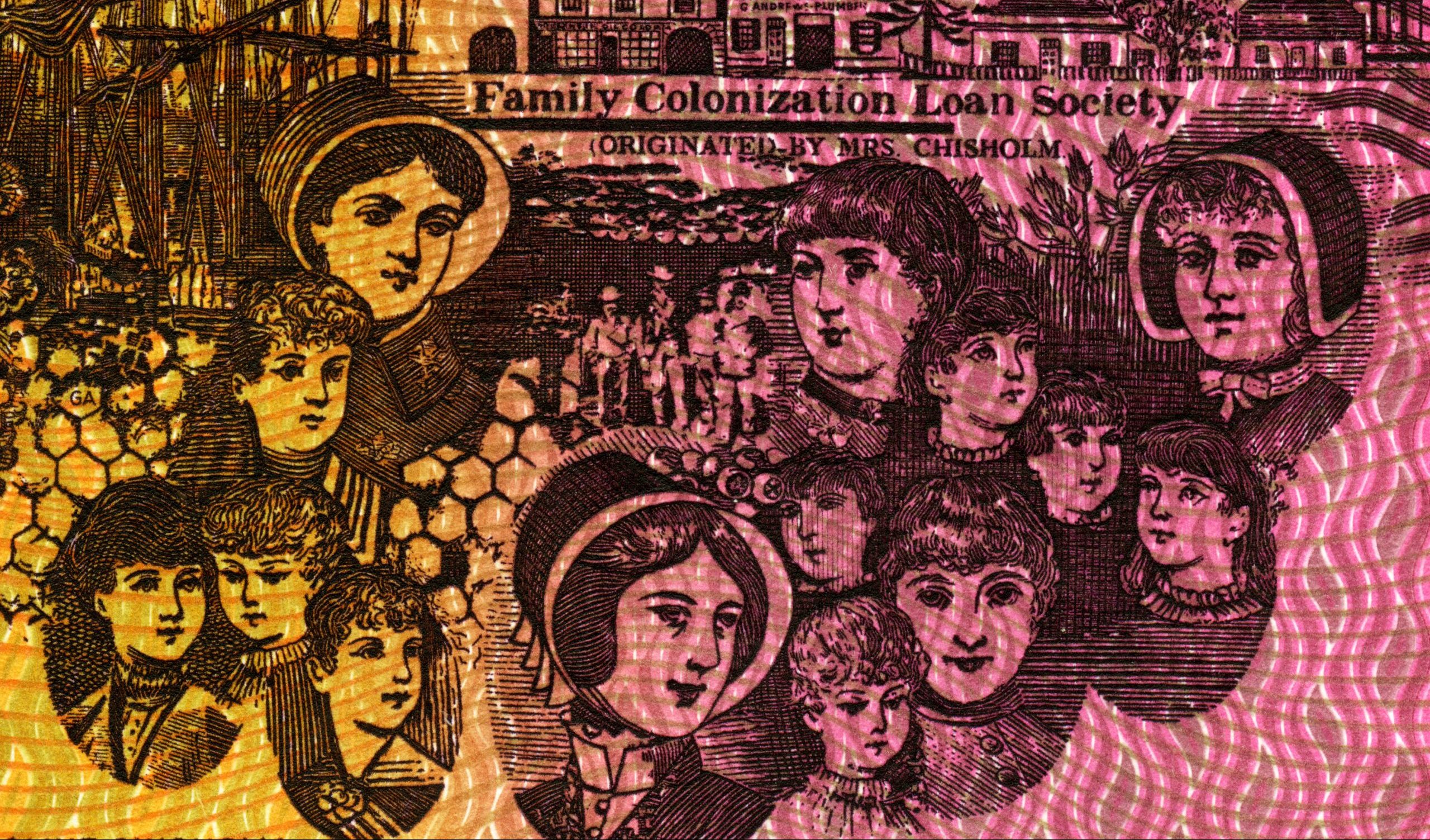 Caroline Chisholm was a notable figure during the time of colonial Australia, with her face gracing the Australian five dollar note before Her Majesty Queen Elizabeth. Born in Northampton, England, she was raised upon Evangelical philanthropy, and this passion was a non-negotiable term in her marriage to Captain Archibald Chisholm of the East India Co.

Her well-known acts of philanthropy began when the Chisholm’s arrived in Australia in 1838. At the time, there were huge influxes of immigration to Australia; however, the New South Wales Government had no plans to disband the unemployed assisted immigrants within their state.

The poor conditions that immigrants were facing, as well as the exploitation and degradation of young women travelling to New South Wales, scandalised Caroline. She did what many weren’t inclined to do, and chose to conduct and promote change in the system.

In 1841 she propositioned the governor at the time with the plan to create a home for young women, and, despite his discouragement, she convinced him and was offered a grant and space to use. The Female Immigrants’ Home, the first home for young women in Sydney, took over a part of the old immigration barrack and sheltered up to 96 women. Despite the dismal condition the barrack was in, Caroline turned it into a safe space for women to establish themselves in Australia without pressure or fear.

Following the high of this success, Caroline set her focus on the unemployed individuals in the country next. She was often seen on her horse accompanying parties sent by the governor to seek enlisting support from country men, helping to rid their fear of the Australian bush. Her support and help saw employment agencies at a dozen rural centres. Her first report, Female Immigration, Considered in a Brief Account of the Sydney Immigrants’ Home, was the biggest publication by an Australia-based woman at that date at 50 pages. Because her efforts for dispersing immigrants further into inland Australia, her success meant she could announce the closing of the home within the first year of publishing her report.

In 1842 she also converted two terrace dwellings into a cottage she used as a hostel for homeless immigrants seeking work in the Hunter region. This cottage is now known as the Caroline Chisholm Cottage and is a Heritage-listed building in New South Wales. During her time and efforts, Chisholm became acquainted with individuals who opposed the, what then was considered ‘radical’, changes she was coming up with. Once, she organised, at her own expense, settlement for 23 families on land given to her by Robert Towns in Shellharbour. This ‘experiment’ gave these families the opportunity to live rent free for six years under the condition that they cleared the land for future farming. It was ideas like these that made Chisholm so formidable and garnered her fame within the community at the time.

After years in service, Captain Chisholm returned to Australia in 1845 to aid in his wife’s work. Travelling throughout New South Wakes, they gathered over 600 testimonials from immigrants regarding their life in Australia. The information they collected was used to guide future individuals who might wish to emigrate. Not long after her husband’s return, they left for England again in 1846; however, Caroline’s dedication and passion toward the rights for immigrants in Australia didn’t stop. While she was in Europe, she went on to promote and raise money for her own colonisation scheme before returning to Australia in 1854. During these years Caroline helped place over 11,000 people in homes and employment, bringing dignity and a semblance of security to their lives.