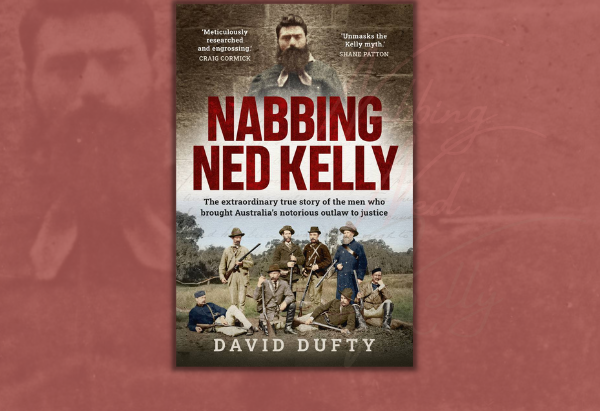 A book preview from our friends at Allen and Unwin.

‘He lurched through the gun smoke, his head encased in an iron helmet, and started shooting. To the weary police in the cordon around the Glenrowan hotel, he appeared like a monster, or a creature from hell…’

For over a century, the Ned Kelly legend has grown and grown. He’s become Australia’s Robin Hood, and leader of a colonial Irish resistance. How much of the legend is true?

This is the real story of the hunt for the Kelly Gang over two long years. As gripping as any police procedural, it is an account of poorly trained officers unfamiliar with the terrain, in pursuit of the most dangerous men in the state. David Dufty goes back to the records to uncover the real story of the police officers who pursued the Kelly Gang.