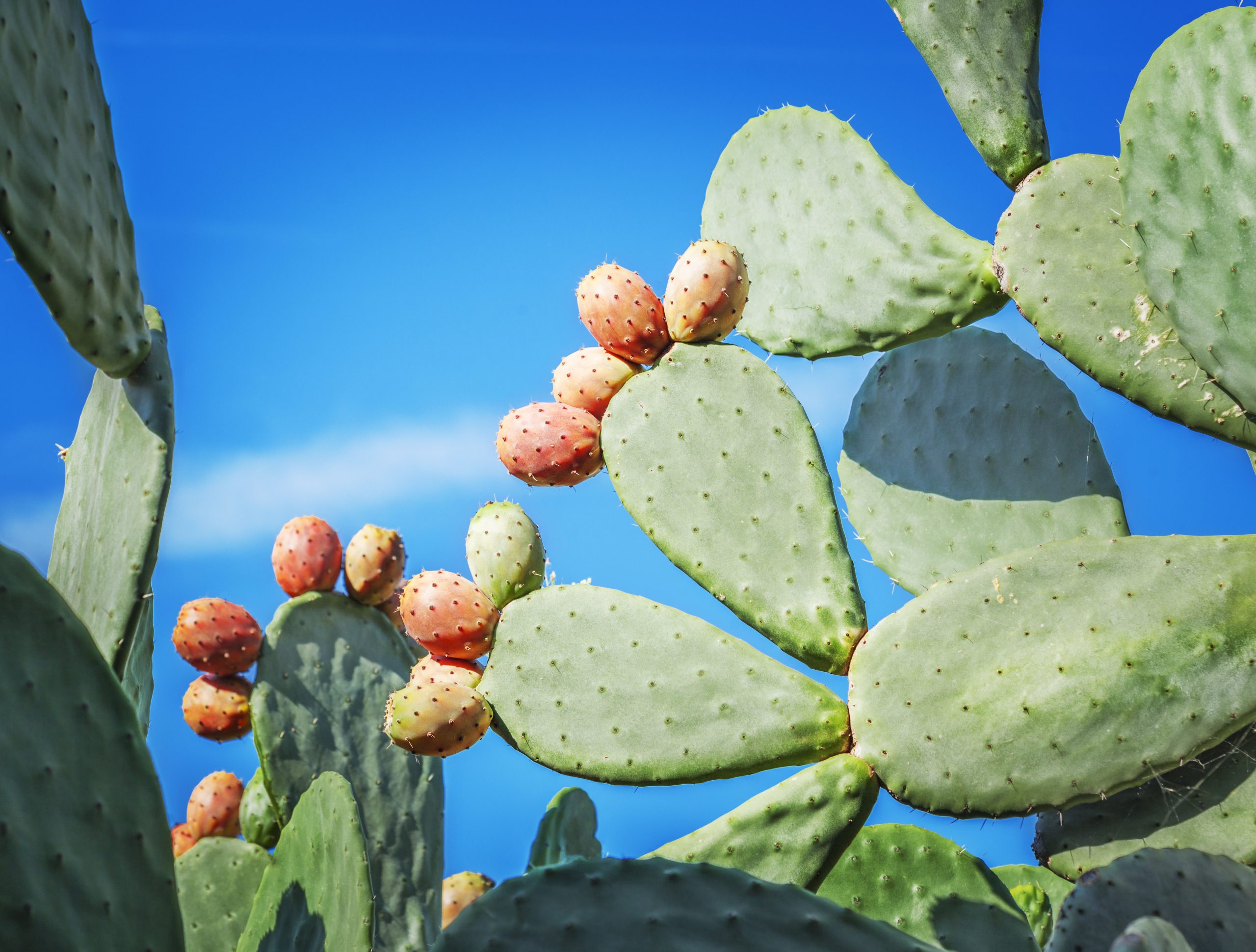 When Arthur Phillip first arrived in Port Jackson with the first fleet in 1788, he brought with him close to 1500 people (including more than 700 convicts), enough supplies to start a colony and a plethora of plant species. One of these plant species, the prickly pear, would prove to become one of Australia’s biggest weed infestations.

Prickly pear is a general name for more than 10 variations within the cactus family. Despite being native to the Americas, the British utilised the prickly pear in order to generate dye for their distinctive red military coats during that time period. Essentially, the intention of bringing the prickly pear to Australia was to generate a cochineal industry – a type of bug that feeds on certain cactus species (such as the prickly pear), thus producing a scarlet-coloured dye.

It’s not known how, but the Brazilian cochineals soon died off and left behind an influx of prickly pears. With no insect there to feed on the plants, they spread like wildfire, with tough seeds able to pass through the digestive system of birds and animals unscathed, resulting in seed germinations spread via droppings. The prickly pear thrived along Australia’s east coast, and, in particular, along the Great Dividing Range through New South Wales and Queensland.

The first time action was formally taken against the spread of the prickly pear came with the Prickly-pear Destruction Act from the New South Wales Government in 1886. Under this Act, landowners and occupiers were required to destroy prickly pears on their properties. Further acts were issued in 1901 and 1924 – all proving unsuccessful. Meanwhile, the Queensland Government offered a £5000 reward in 1901 to anyone who could muster an effective cacti-destroying system. Once again, none of these methods proved successful – even when the reward was doubled in 1907.

By 1900, prickly pear infested more than 10 million acres of land across Australia, followed by 58 million acres by 1920. It was estimated that the prickly pear was advancing at a rate of 2.4 million acres per year. This, of course, made farming absolutely impossible in some areas, and left many leasehold land abandoned.

In 1913, the Queensland Government issued a commission to look into the eradication of the invasive species. As such, a team of biologists travelled to visit countries in both North and South America to see the plant in its indigenous habitat. The commission found that there were different types of insects and fungus attacking the cacti in the region, and proposed a much-needed solution to the problem back home: introducing natural methods to combat the prickly problem.

Plans for the predicament were put on hold over the first World War, but were picked up again in 1920. Both Queensland and New South Wales then established the Commonwealth Prickly-Pear Board (CPPB), and once again sent a team of scientists to the Americas to acquire identified insects and to establish a breeding centre in Queensland. The group was made up of entomologists (scientists who study insects) and was led by Allan P Dodd. It sought to utilise the efforts of Cactoblastis cactorum moths, who would lay their eggs on the prickly pear plants and produce larvae that would eat through the plant. Once the larvae reached maturity, they would fall off the plants and enter a cocoon stage – and the cycle would start all over again. In fact, the larvae could destroy an entire plant in only a few weeks – making them a natural herbicide.

The moths were unsuccessfully propagated twice in Australia before the CPPB decided to import 3000 eggs from Argentina. Once the eggs arrived, half were kept in Brisbane and the other half were sent to the Chinchilla Prickly Pear Experimental Station, located about 250 kilometres inland from Brisbane. At the Chinchilla station, the moths had to undergo strict assessments to make sure they didn’t attack other plant species. The first moth was released in 1926, and during the operation’s peak some years later, the Chinchilla station was sending out close to 14 million moth eggs across the two states per day! Finally, all of the CPPB’s efforts paid off, as by 1933 most of the prickly pear plants had been cleared on overgrown land. It’s been estimated that by 1933, close to 80 per cent of infested Queensland land and 60 per cent of infested New South Wales land had been freed from the prickly pear.  To this day, prickly pear continues to be a problem throughout the two states – with new variants of the plant evolving that don’t act as hosts for the moths. While certainly not as widespread as before, the prickly pear is a reminder of how invasive some species can be. Regardless, the 1926 effort by the CPPB is still considered to be one of the best examples of weed control worldwide.