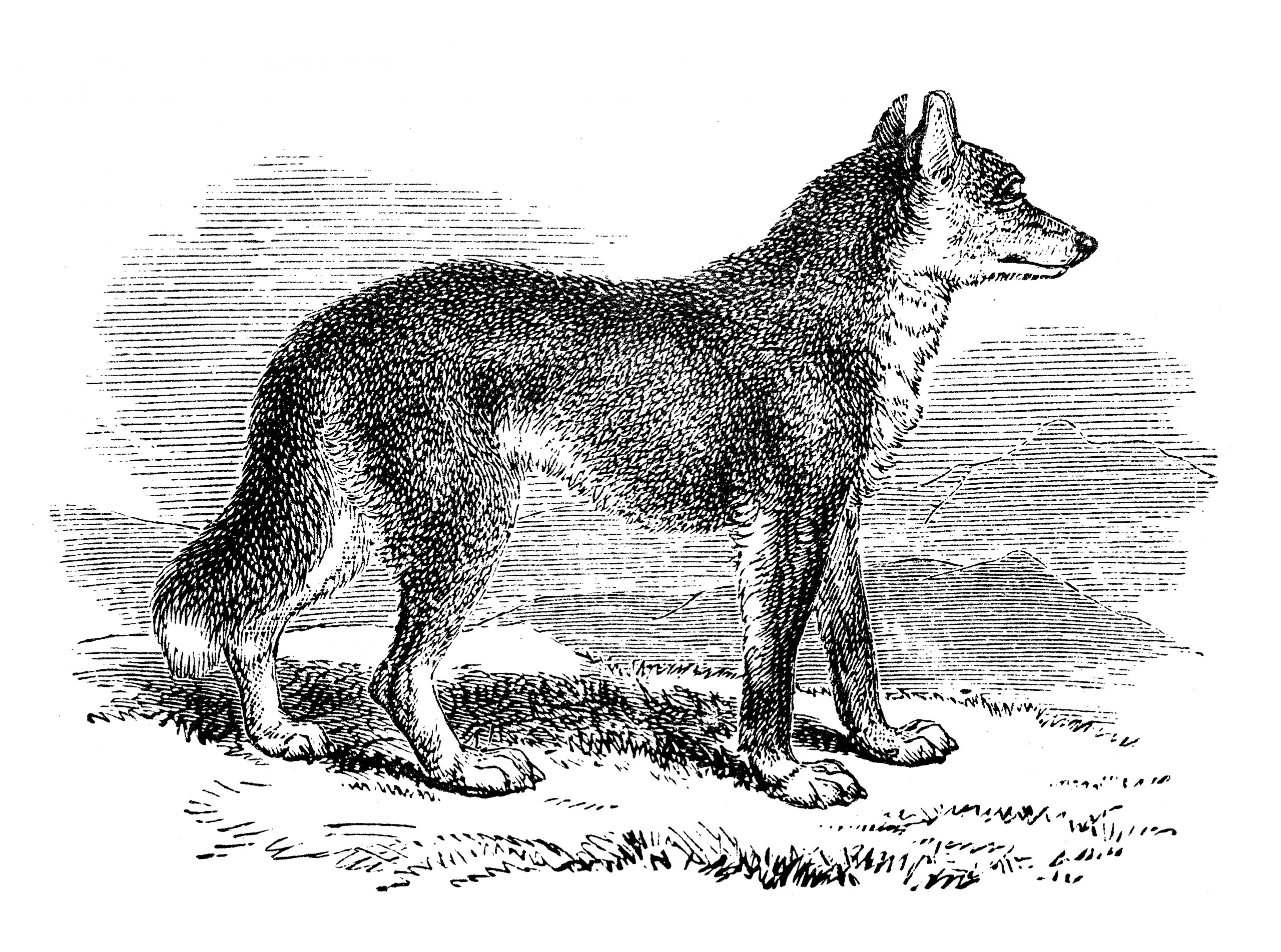 Dingoes are some of Australia’s most recognisable animals – with their sandy-coloured coat and canine features – and they play an important role in the nation’s ecological systems, and their wild nature infamously wreaking havoc in the early 1980s.

Despite their prevalence as one of the country’s top predators, dingoes also serve as Australia’s first ever introduced and domesticated species. Until more recently, the dingo’s origins and history had been largely unknown. No dingo fossils have ever been found in Tasmania, which had led researchers to believe that dingoes arrived after mainland Australia was separated from the island state some 12,000 years ago. Archaeological evidence discovered in 1969 on the Nullarbor Plain suggested that the dingo had been on the Australian mainland more than 3500 years ago – a claim further supported by modern studies on the DNA sequencing of dingoes. A 2011 study of this nature showed that the dingo is very closely related to East Asian domestic dogs – ultimately concluding that dingoes arrived in Australia via South-East Asia 5000–10,000 years ago. Another study from 2012 indicated that dingoes specifically arrived via New Guinea and have been stranded on mainland Australia ever since, thanks to rising sea levels.

The arrival of the dingo also saw the subsequent decline of the thylacine (aka the Tasmanian tiger), with the dingo replacing the predator role held by the latter until its extinction. Other archaeological remains have also showcased the relationship between both the dingo and Indigenous communities, with ancient rock art depicting the wild dog, who played a significant role in Aboriginal kinship systems.

The relationship between dingoes and European settlers was, in contrast, vastly different. The first recorded European sighting of a dingo was in 1601, when a sailor from Portugal killed one via gunshot on Thursday Island. A plethora of other explorers and colonisers also recorded sightings of dingoes, but it wasn’t until European settlement that more violent encounters began to occur.

The First Fleet in 1788 brought new animals to Australia, including sheep, who proved to be a target for the now-local dingoes. To combat this and protect their livestock, the British settlers began to shoot the dingoes, and from the mid 1800s, they would poison the dingoes. This ultimately saw a massive decline in the dingo population, coupled with their near elimination in the south-east thanks to the rabbit-proof fence. As a result, the kangaroo population began to boom in Victoria and southern New South Wales now that their main predator was nowhere in sight. Settlers responded to the increase in the kangaroo population in the 1860s and 1870s by rounding up hundreds and thousands of the animals and slaughtering them en masse.

For close to 100 years, dingoes held a relatively low profile – continuing to roam the vast, unpopulated and untouched areas of Australia’s environments. That was until 1980, when the disappearance of baby Azaria Chamberlain sparked a nationwide public debate on the dangers of dingoes. Azaria’s mother, Lindy Chamberlain, claimed that a dingo had taken her nine-week-old daughter from their tent while they were camping near Uluru. Many disputed her claims, and she was sentenced to life in prison; however, this was eventually overturned after sufficient evidence that Azaria’s disappearance and death was the result of a dingo, and Lindy was released after three years. While Azaria’s body was never found, in 2012 she was pronounced legally dead – and public fears surrounding the dangers of dingoes increased.

In the decades since the tragedy, animal conservation groups have expressed concerns around the declining numbers of dingoes – due to their increased breeding with domestic dogs. They aren’t endangered but are considered to be a vulnerable species by the International Union for the Conservation of Nature.