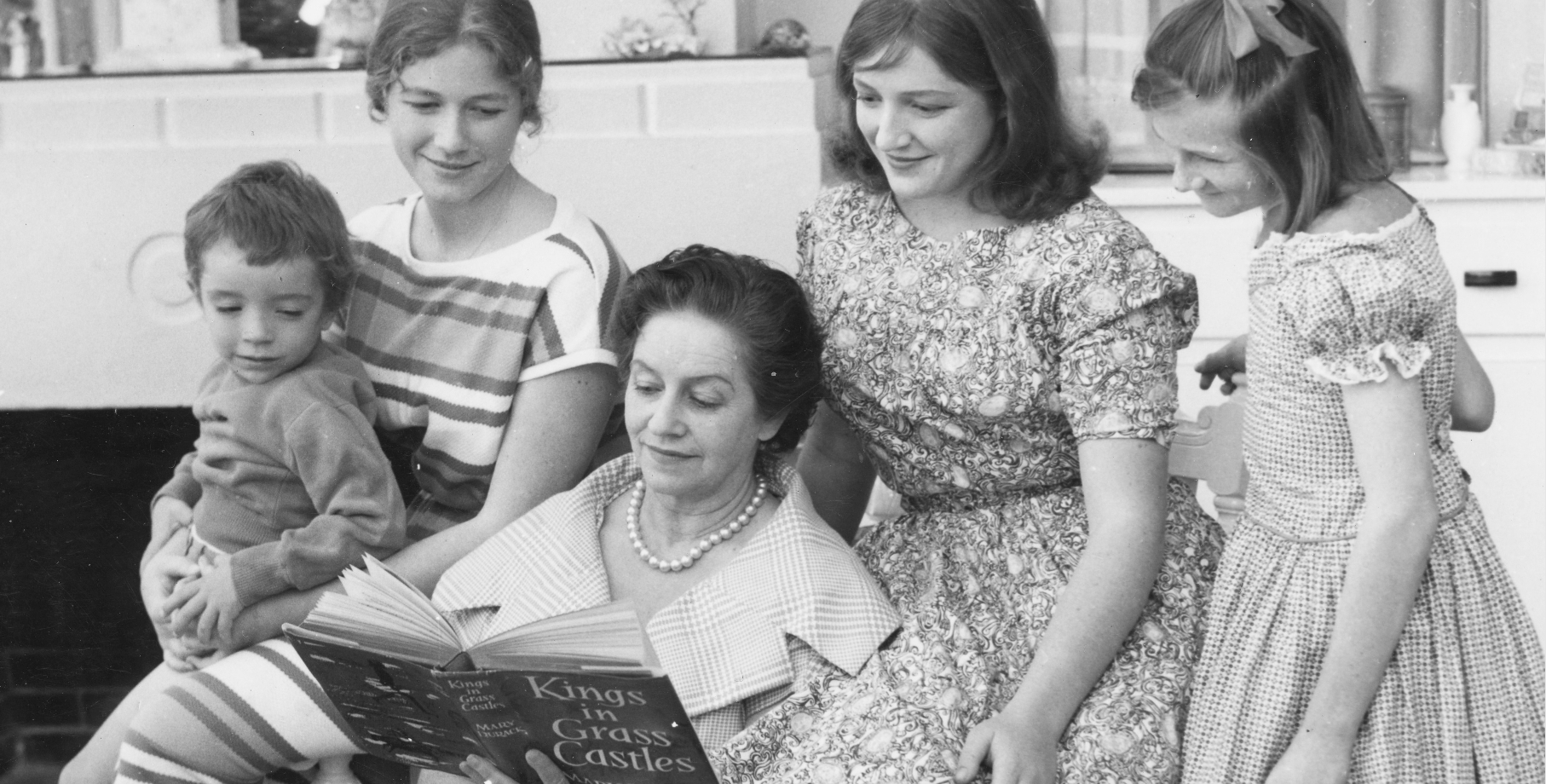 By Fremantle Press
Dame Mary Durack Miller was born into a pastoral legacy that made her name famous even before she became one of Australia’s most popular literary doyennes of the 20th century. Best known for her history of the Durack family, Kings in Grass Castles, Dame Mary was married to aviation pioneer Horrie Miller. This is an extract from the book Inseparable Elements: Dame Mary Durack, a daughter’s perspective.

‘We inherited opposite sides of the Irish coin, my mother and I. Hers belonged to a land of kith and kin, home and hearth, faerie folk and leprechauns. Mine lay with ancient clan wars, battles that rolled among the mountains by winter seas, grudges passed down the generations and the banshee wail. In keeping with a dark endowment, neither the timing nor the circumstances of my birth were auspicious, my mother’s joy in her newborn tempered by the effects of a difficult delivery coinciding with the declaration of war and an ongoing rift with her father. Gran, making the best of it, visited the hospital and welcomed her first grandchild with agreeable noises. My grandfather, Michael Patrick Durack (generally referred to as ‘M.P.’), still deeply pained that his beloved and amenable eldest daughter could have so disregarded his feelings and her own interests, was not to be consoled or won over by the new arrival. Inasmuch as barely nine months had passed since the letter informing him of her ill-advised choice of marriage partner, insult had been added to injury.

‘Having made up her mind, however unwisely, my mother was determinedly unrepentant. Sympathetic to underdogs, she had not been overly – or sufficiently – discouraged by the likelihood that in taking on Horace (Horrie) Clive Miller, she donned a hairshirt, and, given her steadfast disposition, a permanent one at that. Had she been in need of a companion for a desert island survival scenario, she would have been hard put to find a more ideal candidate for the position. As it was, for the daughter of a distinguished and manifold family to have connected herself to an individual who more or less existed in a vacuum without a single known relative was an act of folly scarcely mitigated by his claim to being ‘a self-made man’ and the founder of a Western Australian airline. She would spend a lifetime fortifying herself against the consequences.

‘Horrie had neither the courage nor the class to write to the parents of his prospective in the regular way, although she begged him to send a short note that she would help him compose. M.P. Durack cared not a jot that he was sober, hardworking, healthy, a ‘provider’ and, with the divorce, unencumbered. H.C. Miller was unsuitable in ways that in earlier times would have seen M.P. take preventative action, as he had done with his sister Bridget, ensuring her a miserable spinsterhood. Mary was not a daughter to be lightly given away under any circumstances, and here she was, stolen by a man without background or the education to appreciate her talent or share her literary inclination. Restrained from objecting to the non-Catholic aspect on account of his own marriage ‘out of the church’, in a letter to his son Reg he bemoaned her rash action as having sullied the family name.’

Drawing on a great accumulation of first-hand sources, principally her mother’s diaries and correspondence, Patsy Millett’s book is written from the unique perspective of someone born into the wash-up of the Durack dynasty. Inseparable Elements: Dame Mary Durack, a daughter’s perspective is available from all good bookstores and online.